How Arizona Athletes Did In The Tokyo Olympics 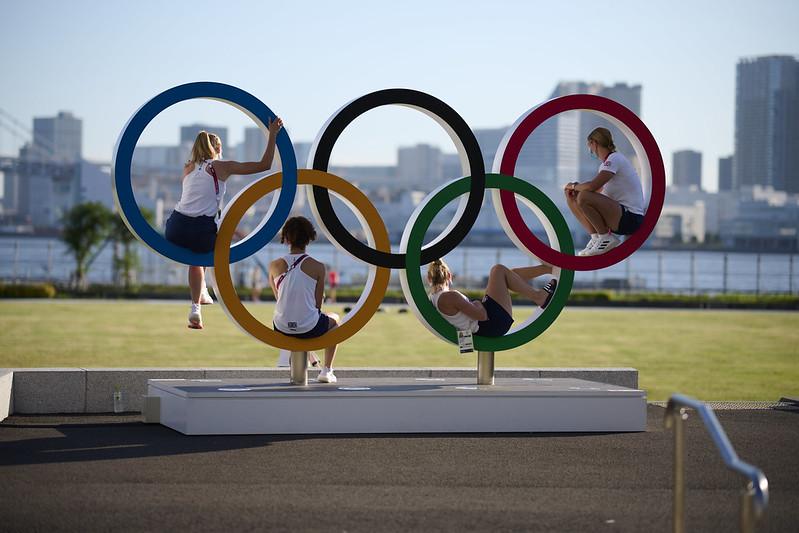 International Olympic Committee
Olympians at the Olympic Village in Tokyo, Japan, in July 2021.

The Grand Canyon State was well-represented in Tokyo this year. Here's how Arizona athletes finished at the Olympics Games.

Abdi Abdirahman of Tucson finished 41st in the men's marathon.

Maceo Brown, of Tempe, is a member of the men's rugby team that placed sixth.

Will Claye, of Phoenix, placed fourth in the men's triple jump final.

Brady Ellison, of Globe, placed eighth in men’s individual archery. He placed seventh in the men's team event and ninth in the mixed team event.

Julie Ertz, of Mesa, is a member of the women's soccer team that won a bronze medal.

Kayla Miracle, of Phoenix, lost her match in the women's freestyle 62kg 1/8 final for wrestling, knocking her out of the competition.

Corben Sharrah, of Tucson, placed eighth in the semifinals of the men's BMX racing event.

Alana Smith, of Mesa, came in last in the women's skateboarding street event, failing to qualify for the next event.

Sarah Sponcil, of Phoenix, and her teammate, Kelly Claes, were knocked out of the women's beach volleyball competition after a loss to a team from Canada.

Brett Thompson, of Tempe, is a member of the men's rugby team that placed sixth.

Aliphine Tuliamuk, of Flagstaff, failed to finish the women's marathon final, dropping out at the 20km mark due to problems with her hip.

Jamie Westbrook, of Chandler, is a member of the baseball team that won a silver medal.

Check back for more results as the Olympics continue.