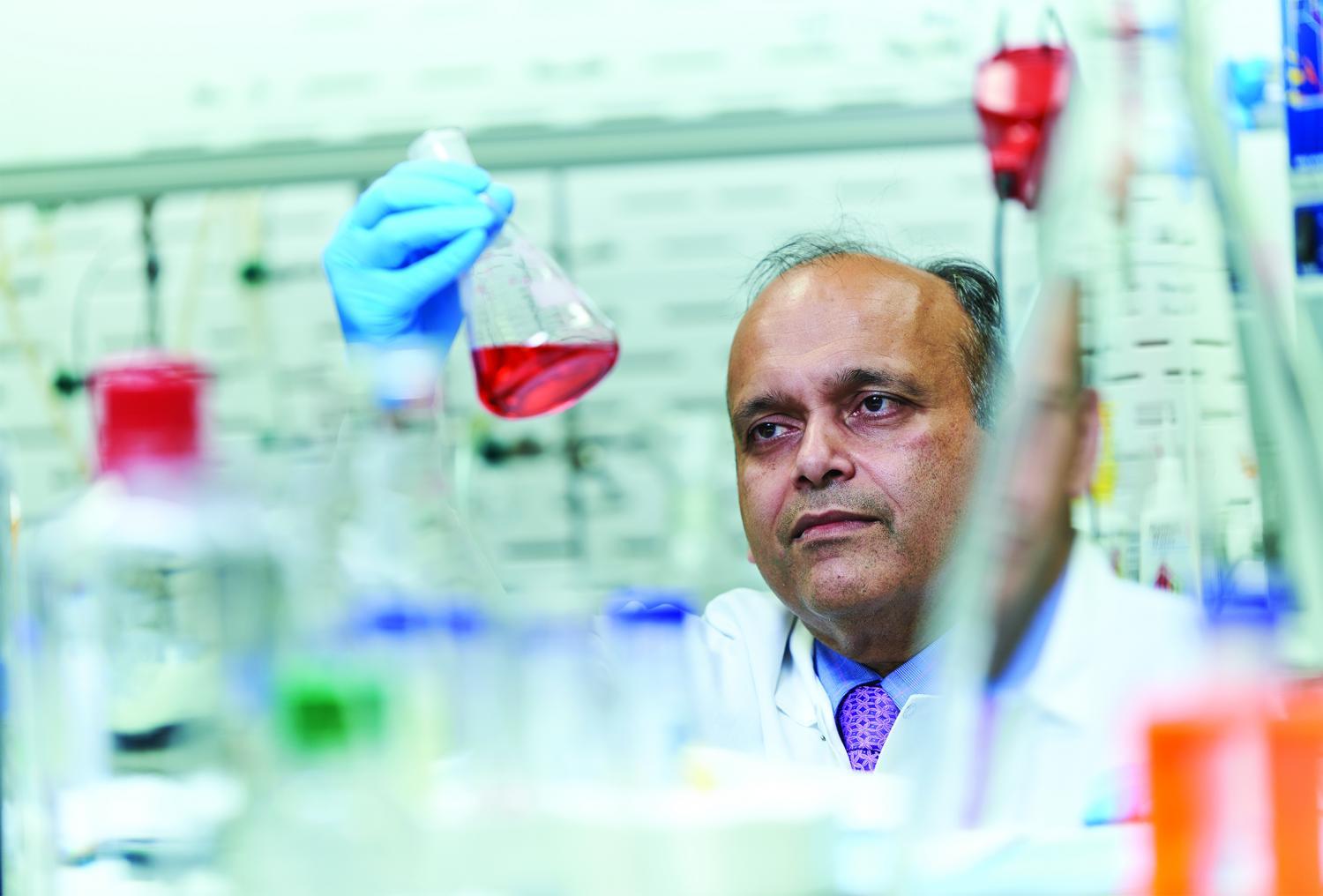 Prior to the pandemic, the public mind largely equated genomic medicine with editing DNA — the cell's architectural reference library.

But patrons of reference libraries don't check out originals; they make copies. In cells, scientists call those copies messenger RNA, or mRNA.

"It's the intermediary that takes instructions encoded in your DNA and tells the protein machinery how to make a particular protein," said microbiologist Dr. BenHur Lee of the Icahn School of Medicine at Mount Sinai in New York City.

Like the self-destructing messages on "Mission Impossible," these single-stranded ribose chains stick around just long enough to do their jobs. Their swift subsequent demolition poses both a curse and a blessing for researchers like Joshua Rosenthal, a neurobiologist at the Marine Biological Laboratory in Woods Hole, Massachusetts.

"In some instances, RNA, because it's not as stable, is attractive," Rosenthal said.

When researchers edit DNA using tools like CRISPR/Cas9, they risk indelibly inking errors or harmful side effects into those genetic reference volumes.

Dr. Sunil Sharma, a cancer drug researcher and deputy director for clinical research at TGen, said that raises theoretical concerns that edits will integrate into the host DNA, where they could cause genetic mutations and adverse side effects.

Editing DNA with CRISPR faces other challenges as well.

Moreover, since it's based on bacteria, CRISPR can prompt an immune response — and not the kind virologists are looking for.

"So we have our own version of RNA editors in ourselves. And so, if you deliver a human RNA editor to a human, it's not going to cause problems, because they recognize it as part of ourselves," said Rosenthal, who is also co-founder of Korro Bio, a company that develops RNA-editing therapies.

Finally, if DNA changes occur in the sperm and egg cells of the germ line, they could pass on to future generations. Conversely, cells quickly recycle biodegradable mRNA blueprints to free up materials and allow cellular factories called ribosomes to make new proteins.

"So those of you who are worried, will it integrate into your genome? It will not," said Lee.

"You can go into messenger RNA and manipulate any information that's required for pretty much any aspect of your life and change the outcome," said Rosenthal. 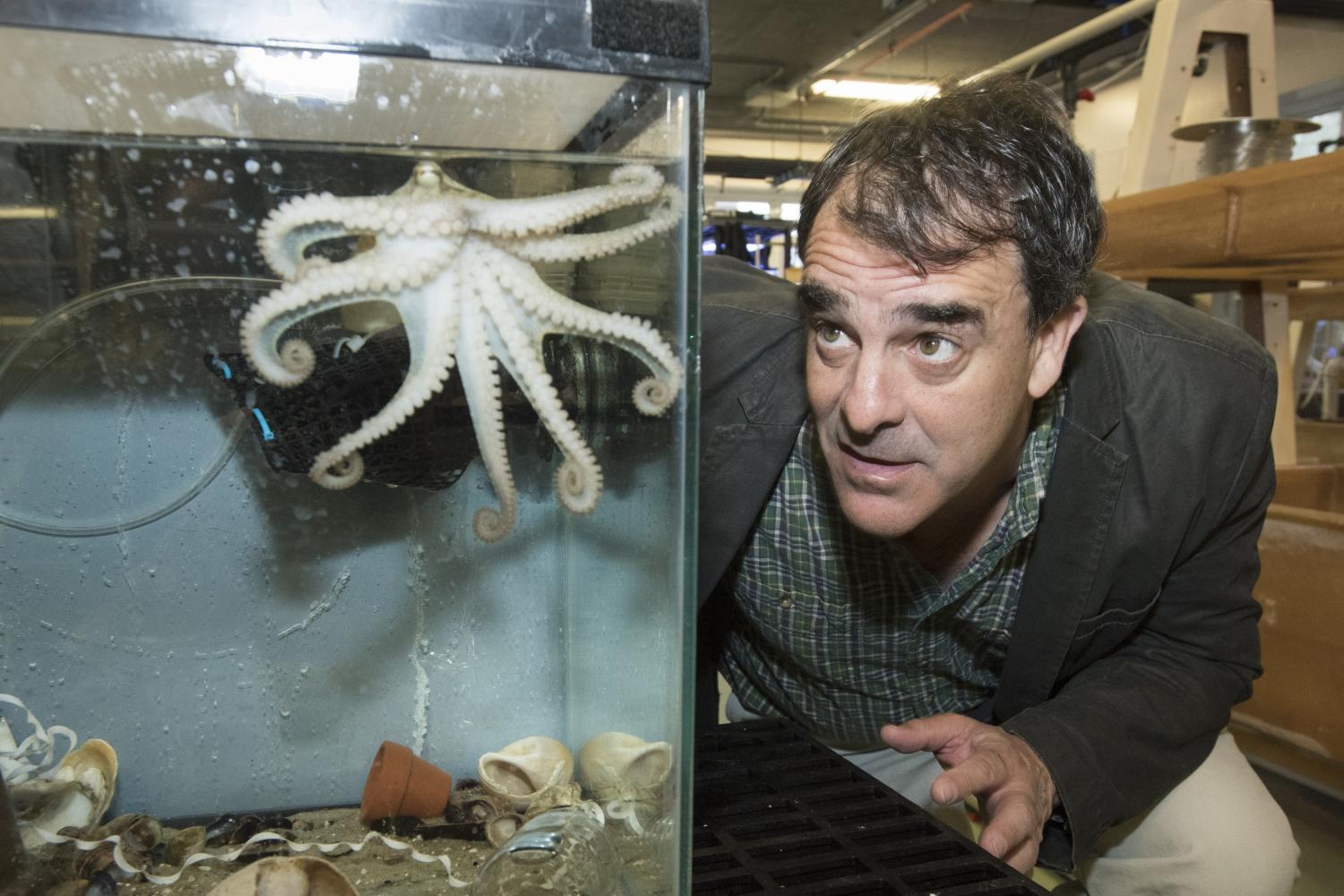 The speedy salvaging of mRNA's components lets cells respond faster to changing needs. But, from a treatment standpoint, it also gives scientists a volume knob for turning dosages up or down.

Such a limited, controllable approach is essential for safely affecting many bodily processes, such as those that help regulate pain pathways.

Whether substituting for addictive opioids or supplying proteins to fight infections or treat illnesses, that ability to fine-tune, if fully realized, would make mRNA-based therapies attractive alternatives or aids to traditional medicines.

Pharmaceutical drugs are far from perfect. Many are discovered through serendipity and, once in the body, they quickly metabolize. But mRNA treatments result from targeted research, and provide therapies that can last weeks.

"We're so used to the idea that, six hours later or eight hours later, you're going to have to dose up again. But with mRNA, it doesn't really have to be that way," said Rosenthal.

But for that volume knob to work, researchers must first overcome the "curse" part of rapid mRNA recycling. Ribosomes make desired proteins only as long as mRNA blueprints stick around.

"The chemical tags that we put on it make it resistant to digestion by these enzymes that are all over the place," said Lee.

Alternatively, researchers can crank up the volume by throwing a lot more mRNA at the problem.

"You might copy it a thousand times in a minute, or you might copy it five times. And that's going to influence how much protein gets made from that gene down the line," said Rosenthal.

Scientists can build mRNA in the lab — base by base, like pearls on a string — or use enzymes to assemble it from libraries of DNA. The technique used depends largely upon the size of the molecule required.

"Each protein is like a different beast. They're very nuanced, very different. Some can be very difficult to deal with. And it's really hard to know how easy it will be to produce a specific protein," Rosenthal said.

"Each protein is like a different beast. They're very nuanced, very different. Some can be very difficult to deal with. And it's really hard to know how easy it will be to produce a specific protein."
— Joshua Rosenthal, neurobiologist at Marine Biological Laboratory

With that in mind, Lee said it's smarter to make proteins in the body than at the lab bench.

"We are crowdsourcing your body to make the protein that's required."

But before lab-made mRNA can deliver its protein blueprints to ribosome factories, it must find a way into the cellular worksite, past the fatty membrane whose job it is to keep undesirables out of the cell.

That's where the trade secrets come in.

"The secret sauce comes in encapsulating mRNA in the oily emulsion that allows it to get into cells," said Lee.

Lee said genetic diseases offer good treatment targets, especially ones caused by a single faulty gene, such as Huntington's disease, cystic fibrosis and many hereditary cancers. Even a soupçon of missing protein could help. 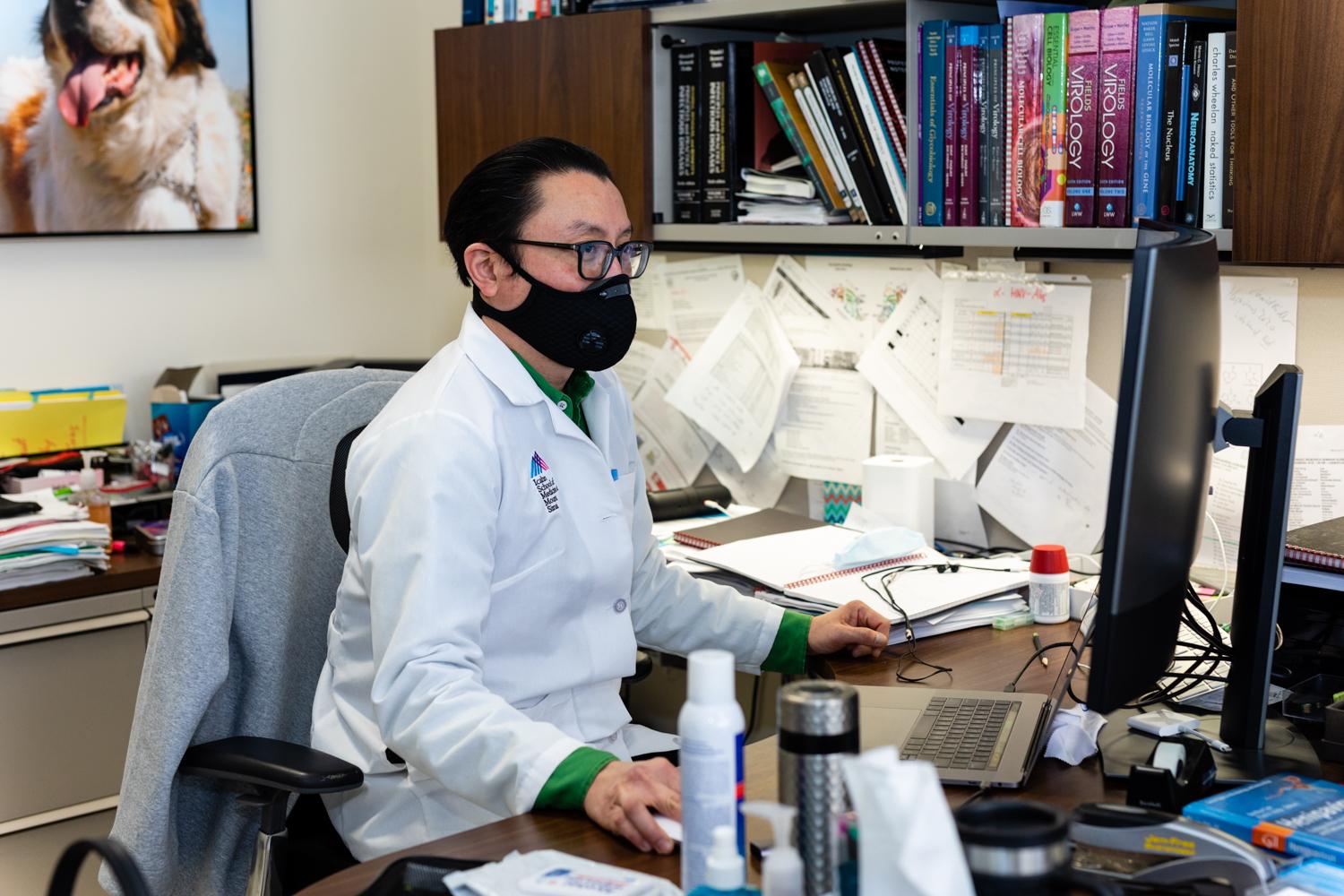 Mount Sinai Health System
Dr. BenHur Lee is a microbiologist with the Icahn School of Medicine at Mount Sinai in New York City.

"They're quite secretive about the specific targets that they're working on. But, in general, a lot of it has to do with what tissues in the body are easy to deliver to," said Rosenthal.

He added that liver and eye diseases make good targets because both lie within easy reach of injections: The eye, as an external organ; and the liver, since anything injected into the bloodstream will eventually pass through it.

The blood-brain barrier, which blocks many drugs, actually "locks in" mRNA longer. Spinraza, an mRNA treatment for spinal muscular atrophy — a genetic disease affecting the nervous system and voluntary muscle movement — uses this to its advantage.

One day, mRNA vaccines might inoculate against Zika, HIV or shingles.

"We've just seen the tip of the spear here, and we're looking forward to testing and developing these kinds of technologies for the benefit of a lot of different patients," said Sharma.

Cancers, for example, excel at convincing the immune system to ignore them. Sharma said the right proteins could put T cells back on their track.

"One of the ways to accentuate that is to identify, potentially, proteins that are decorating the cancer cell and amplify their presence so that the immune system can be trained to recognize them as foreign," Sharma said.

"Where the field is moving to is to identify proteins that are specifically present on a patient's own cancer, which may be completely different from another patient's cancer even if it is of the same type," Sharma said.

For all its promise, the approach still faces several challenges, including finding the right mRNA for each treatment target. But if scientists can clear those hurdles, we could soon see big things from this tiny molecule. 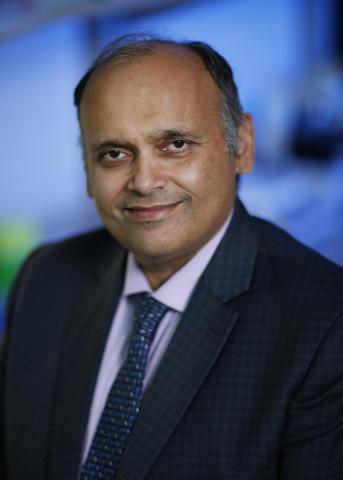 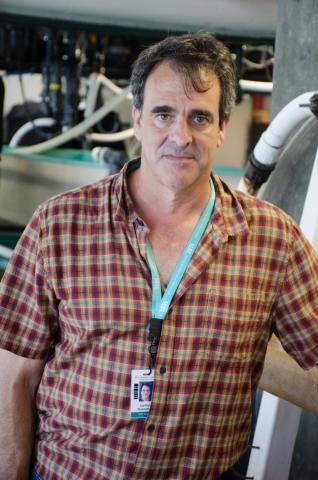