Phoenix Suns Rename Arena To Footprint Center Ahead Of Game 5 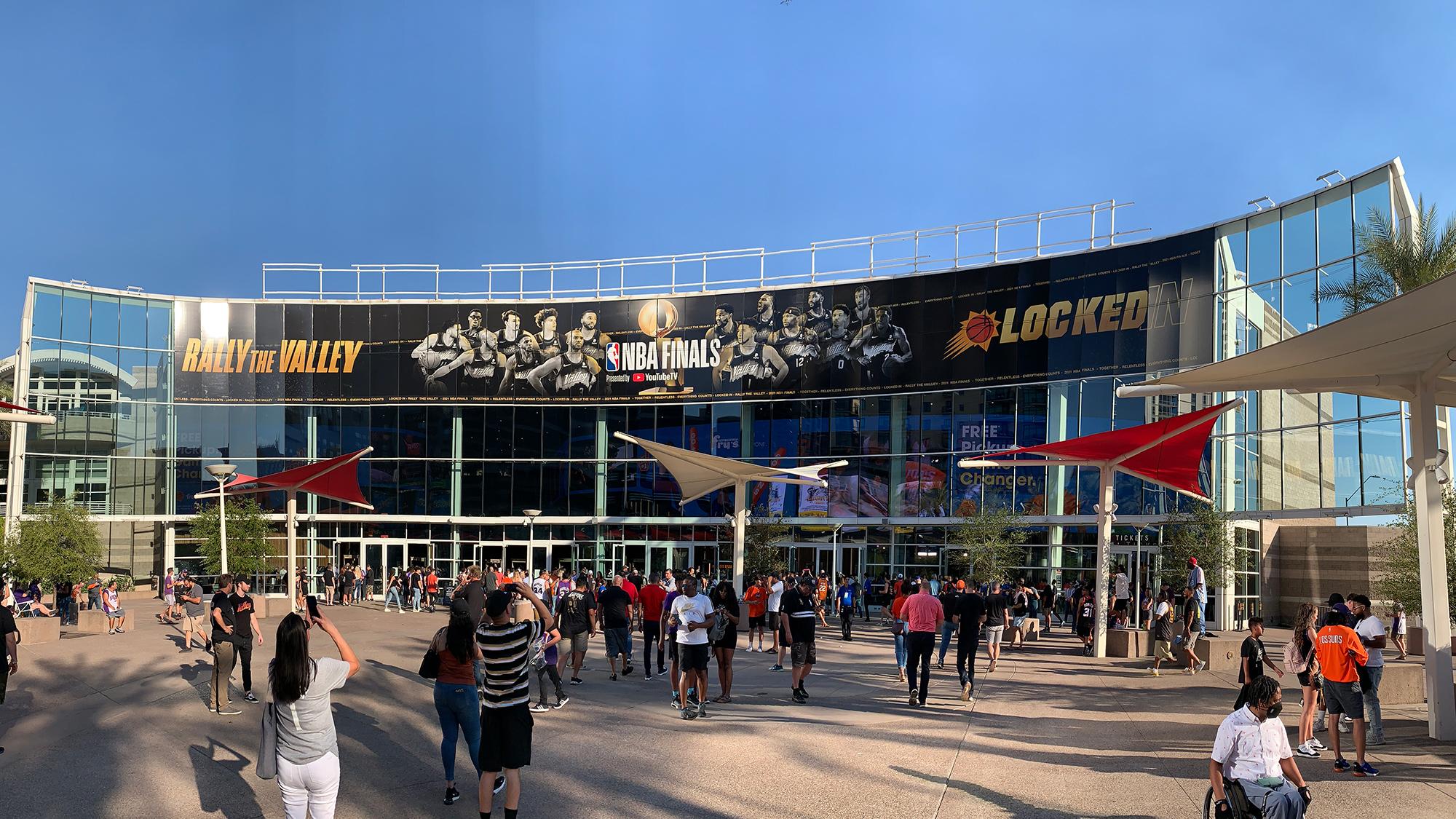 Tim Agne/KJZZ
Phoenix Suns Arena before Game 1 of the NBA Finals on July 6, 2021.

Suns Arena in downtown Phoenix is being renamed the Footprint Center after an Arizona company that plans to serve food and drink in packaging made with plant fibers.

Robert Sarver owns the local NBA and WNBA franchises. He forecast in a Zoom call Friday that the long-term agreement with Footprint will be the most unique corporate sponsorship in sports.

“It’s going to transform our arena into an arena that is going to be the most environmental friendly in the world. And hopefully others will follow,” he said.

The partnership with Footprint was unveiled as the Suns get ready to play at home in Game 5 of the Finals on Saturday, and, if necessary, for a championship-deciding Game 7.

Sarver credited player effort during the regular season for setting up a favorable scenario in what is now a best-of-three series.

“Even some of the players that maybe haven’t played as much in the Finals contributed during the regular season to help us get to the point where we have this home-court advantage and we’re going to take advantage of it,” he said.