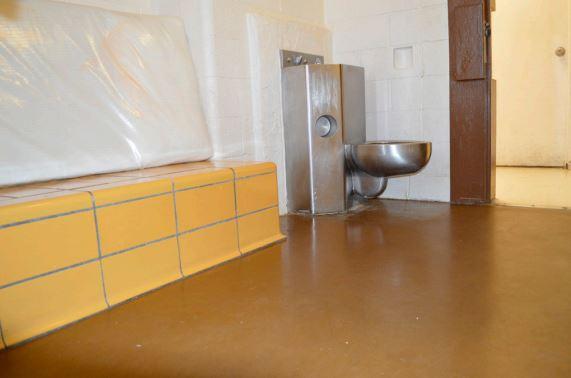 A review conducted by the Arizona Auditor General found the Department of Juvenile Corrections was not following its own policies designed to reduce isolation of youths at the Adobe Mountain School correctional facility.

As of May there were 120 boys and 16 girls confined at Adobe Mountain School, which is located north of Phoenix near Pinnacle Peak Road and Interstate 17.

A performance audit of the isolation practices at Adobe Mountain School was conducted as part of a sunset review process prescribed in state law, requiring the periodic review of state agencies to determine if they should be continued, revised, or terminated.

According to the performance audit, ADJC uses two isolation cells called Temporary Stabilization Units, to “isolate and stabilize youth who are an imminent danger of inflicting substantial injury to themselves or others.” The TSUs are single-occupancy cells that contain a bed, toilet and sink. The review of ADJC found 84% of youth in its care between January 2019 and February 2020 spent time in TSUs.

Performance audit manager Jeff Gove said “Department staff are also supposed to take all necessary and appropriate and practical interventions to try and stabilize that youth’s behavior or deescalate a youths behavior prior to referring them to the TSU.”

But he said they found cases with no documentation that any such efforts had been made.

In other cases of TSU referrals when documentation did exist, Gove said it didn’t appear to describe behavior that was threatening imminent harm or danger to anyone.

In one case that Gove’s team reviewed, a housing unit staff member discovered that a youth had not taken their medication, and referred the youth to the TSU.

“The incident report that we reviewed indicated the staff questioned the youth, obtained the medication, then referred the youth to the TSU for being a danger to themselves,” Gove said. “But the report didn’t describe how or why that youth’s failure to take their medication necessitated the TSU referral. And it also didn’t describe any interventions that the staff took to try and stabilize and deescalate the youth’s behavior.”

Gove said when they followed up with an ADJC manager to ask about the incident, the manager told the audit team they believed the incident could have been handled without a TSU referral.

In another case reviewed by the audit team, three youths were somehow able to climb on top of a housing unit.

“According to the incident report, after being counseled by staff, this youth was the first to come down off the roof by a ladder, was restrained, and transported to TSU for being a danger to others,” the auditors wrote. “The incident report did not describe details about the youth’s behavior after being restrained that necessitated the referral for imminent danger of inflicting serious physical harm to others, contrary to Department policy.” 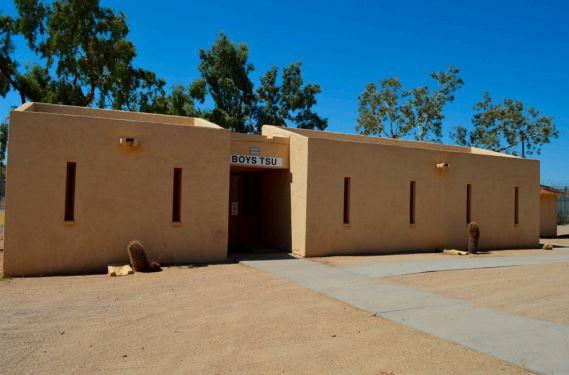 Gove said the auditors focused on TSU referrals because isolation can have a profound impact on the children confined at Adobe Mountain School.

“There’s research that shows that adolescents are particularly vulnerable to the psychological harm that can be caused by isolation, because their brains are still developing,” Gove said.

The audit states the Department’s noncompliance with its TSU referral policy and procedures “may increase youth exposure to isolation, which can potentially have a range of negative consequences, including psychological, physical, and developmental harm for youth, and undermine its mission to rehabilitate youth.”

Gove said the Department does have policies in place to prevent youths from spending long amounts of time in isolation at Adobe Mountain School. “If youth are to be kept in a TSU for longer than 24 hours, they are to have a due process hearing,” he said.

The audit found youths sent to isolation cells are subjected to shackling and invasive searches.

“Department policy requires that when youth are referred to the TSU, they are strip searched,” Gove said. Additionally, most of the cases reviewed by the auditors documented that youths were transported to the TSU in handcuffs. “So they’re not only experiencing the potential harms associated with isolation, but they are also experiencing this additional trauma.”

The Arizona Department of Juvenile Corrections was established as a separate entity from the adult corrections system in 1990 in response to a 1986 federal lawsuit related to the use of isolation on juveniles.

According to the audit, the lawsuit alleged the Department “violated youths’ civil rights by using punitive isolation as well as failing to rehabilitate them, denying them a free and appropriate public education, and failing to provide due process for parole revocation.”

The Department settled the lawsuit by agreeing to several policy changes, including limiting the amount of time youths can be held in isolation and committing to using isolation only as a last resort.

A separate federal investigation conducted by the U.S. Department of Justice in 2002 under the Civil Rights Of Institutionalized Persons Act found “the Department failed to provide adequate due process procedures before isolating youth in separation and that youth were kept in separation for extended and inappropriate periods of time,” according to the audit. A subsequent lawsuit led to several years of court-ordered monitoring of the Department.

“It’s really important that the Department has the proper documentation in place,” Gove said, “so that it can demonstrate compliance with agreements they signed to resolve these previous issues.”

Gove said the Department agreed to the audit recommendations.

“The Department did take steps during the time of our audit to address some of these issues, including putting in some additional supervisory procedures for staff who are making TSU referrals,” Gove said. “And the Department reported to us that they had seen a decrease in the number of referrals after implementing those procedures.”

ADJC spokesperson Kate Howard described the TSU program as a “therapeutic crisis intervention operated by a qualified mental health professional and overseen by a licensed Psychologist.”

“Youth admitted to TSU are engaged in a variety of therapeutic interventions,” Howard said, “including individual counseling with a master’s level psychology associate, a series of worksheets to help the youth process their emotions that resulted in the creation of a danger to themselves or others and find alternative ways to safely manage these emotions in the future, and guided conflict resolution with other youth, if necessary.”

Howard called the audit findings “an opportunity to more closely monitor referrals to TSU in addition to admissions to TSU.”

EDITOR'S NOTE: The story has been updated to better reflect Department of Juvenile Corrections policy when referred to the TSU.