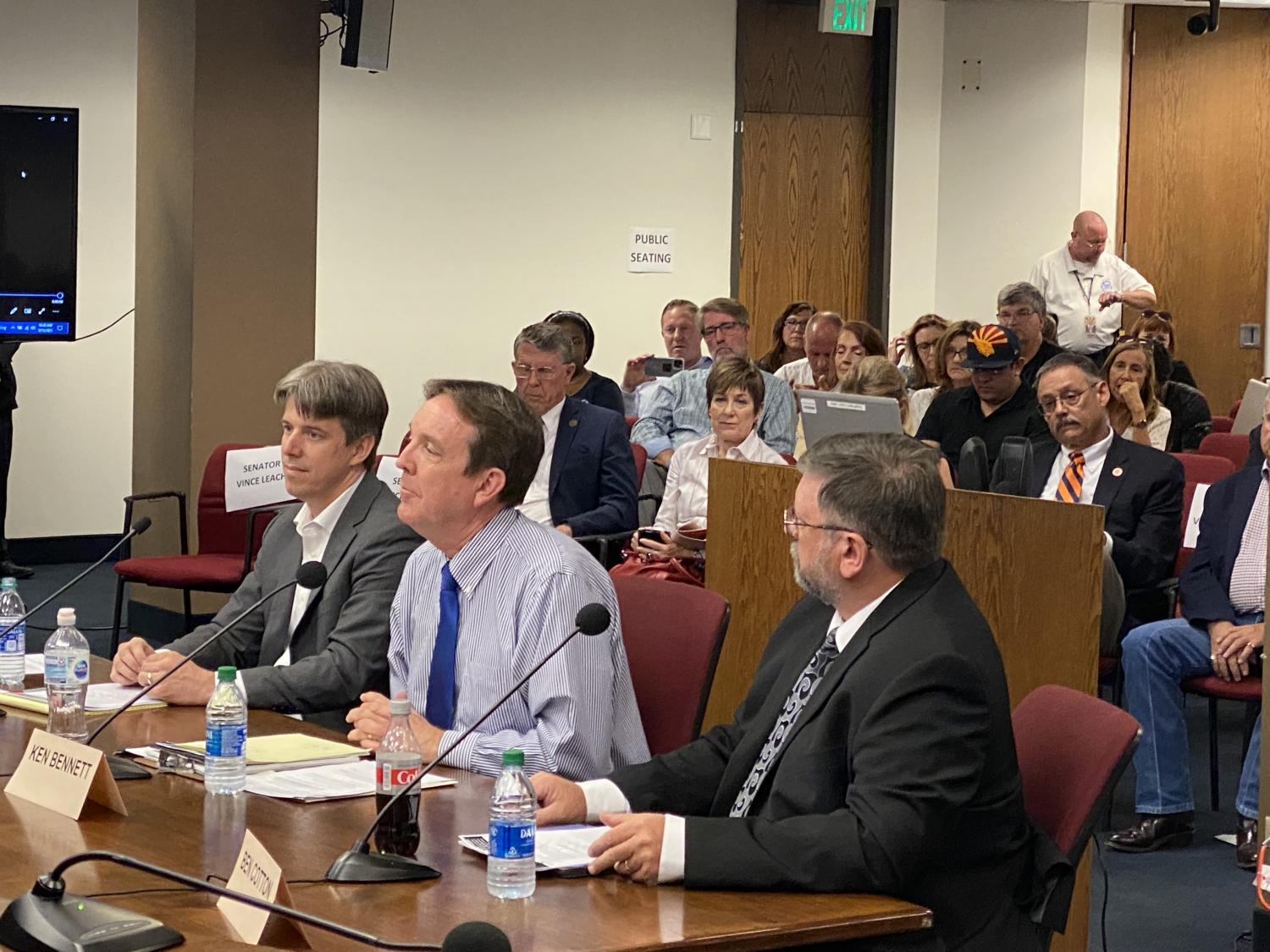 Claiming to have found discrepancies in Maricopa County’s voting records, vendors hired by state Senate Republicans said more subpoenas should be issued to the county and recommended going door-to-door to ask voters about their ballot.

But the rationale for the recommendation to survey voters, as well as a series of other claims made during a briefing before two GOP senators at the Arizona Capitol, are founded on misunderstandings about the county’s election process, and in some instances flat out wrong.

Critics say the errant claims are another example of the vendor's lack of election-related experience and expertise. Maricopa County board Chairman Jack Sellers said the vendors, led by the Florida-based cybersecurity firm Cyber Ninjas, portrayed “an alternate reality that has veered out of control since the November General Election.”

“The Senate’s uncertified contractors asked a lot of open-ended questions, portraying as suspicious what is actually normal and well known to people who work in elections,” Sellers said in a written statement.

But top state senators appear ready to follow the lead of Cyber Ninjas and other vendors who say their questions can only be answered if Senate Republicans subpoena more county records and conduct a canvass of voters. Senate President Karen Fann scuttled plans for auditors to go door-to-door in May after the U.S. Justice Department raised concerns a canvass could violate federal laws barring voter intimidation.

On Thursday, Fann didn’t commit to a canvass, but didn’t rule it out, and suggested the Justice Department should help.

“I thought this was our number one important thing in the United States is to make sure that we have voter integrity and we know that our system is working right,” Fann said. “So I would think the Department of Justice would want to work with us to make sure that our elections are safe and secure.”

“I think there’s some really important things that we need to get today to finish a complete forensic audit,” he said.

“I think when we've got 74,000, it's, you know, it merits knocking on a door and validating some of this information,” Logan said during the briefing.

Election experts and county officials quickly pointed out a simple explanation for the different totals: The county stopped mailing early ballots to voters on Oct. 23, but voters could still cast early ballots in person at any time before the election, without having a ballot mailed to them.

“This is not a new practice, so it’s not unusual that we would have more early votes than mail-in ballots sent,” county officials tweeted.

“You talk about Maricopa County doing a hand count, they did a very small amount, if you remember, this was an extremely tight race. They also pre picked which boxes they were going to do the hand count,” Fann said on KTAR.

She was repeating a claim about “pre-selected” ballots made by Randy Pullen, a former chair of the Arizona Republican Party and Fann’s designated spokesperson for the audit.

However, the county doesn’t preselect which ballots will be used for the statutorily-required recount. Appointees from county political party’s randomly selected batches of early ballots, and randomly chose what vote centers will be used for a recount of election day votes.

Trey Grayson, a Republican and former secretary of state of Kentucky who helped author a report criticizing the Arizona audit, said the misunderstandings shows Logan and the audit team aren’t qualified to review the election.

“If you’re trying to hire somebody to do a job, relevant experience is an important criteria. It’s not the only criteria, but it’s an important one, and clearly they didn’t do this,” Grayson said. “But even by hiring somebody who didn’t have the experience, it doesn’t look like they went out and did their homework.”

Logan has cast the blame on Maricopa County officials, who’ve criticized Cyber Ninjas and other vendors and refused to coordinate with the Senate beyond handing over records under a subpoena. Logan said that lack of help is why a planned two-month audit has taken months longer to complete.

Maricopa County Supervisor Bill Gates, a Republican, said the county has no interest in assisting in any way.

Logan has spread conspiracies about the election on social media and authored a document for elected officials that promoted debunked election fraud theories. He also appeared in a conspiracy film that claims to show the 2020 election was stolen from former President Donald Trump.

On Thursday, Logan and Cotton rehashed some debunked conspiracies about the vote in Maricopa County, including a claim that ink that bleeds through from one side of the ballot to another could mean votes were wrongfully tossed.

A judge already vetted that claim, and county officials explained back in November that ballots are designed with offset columns to ensure bleeding ink doesn’t jeopardize election equipments’ ability to count votes.

Cotton also claimed it was alarming that antivirus software on county voting equipment hasn’t been updated since 2019, when Dominion Voting Systems software was installed.

County officials explained that Microsoft antivirus software only updates when connected to the internet — election equipment is permanently disconnected, or “air-gapped,” to avoid hackers. This reinforces the county’s claim that voting equipment was never connected to the internet, something Cotton said he’s been unable to verify without further information from the county.

While the audit now appears far from over, it’s still unclear who’s picking up the tab for Cyber Ninjas, CyFIR and other vendors still at work. The Senate agreed to pay Cyber Ninjas $150,000, and the firm has refused to disclose who else has funded their effort and how much it’s cost.