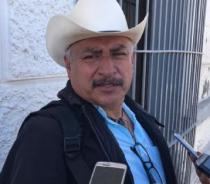 Sonoran authorities say they’ve arrested a second suspect in the murder of Tomás Rojo, a Yaqui activist and leader who went missing in May.

Less than a week after the first suspect was arrested, Sonoran officials say they have now detained a second person allegedly involved in Rojo's.

The man, identified as Gilberto, or “El Gil,” was captured at a checkpoint Thursday, authorities said. He is being charged with premeditated murder. Officials say organized-crime groups were looking to benefit from tolls some Yaqui members charge on the highway through tribal territory.

"Those of us who knew Tomás think that's a very simplified conjecture," said Alberto Vizcarra, a member of the Citizen’s Movement for Water in southern Sonora who worked with Rojo to oppose the Independence Aqueduct.

He said Rojo’s fight was against government and private interests stripping resources from the Yaqui people, and that authorities should be carefully following that line of investigation as well.

He added that justice for Rojo and the Yaqui people can only be served by canceling the aqueduct.

"I hope that this tragedy will be an inflection point," he said. "If there is going to be justice, and if the memory of Tomás Rojo is going to be vindicated, officials at all levels need to respect the law, what the supreme court has ordered, and cancel the aqueduct."