Rain Relieves Drought In Some Areas Of Mexico, But Not Sonora 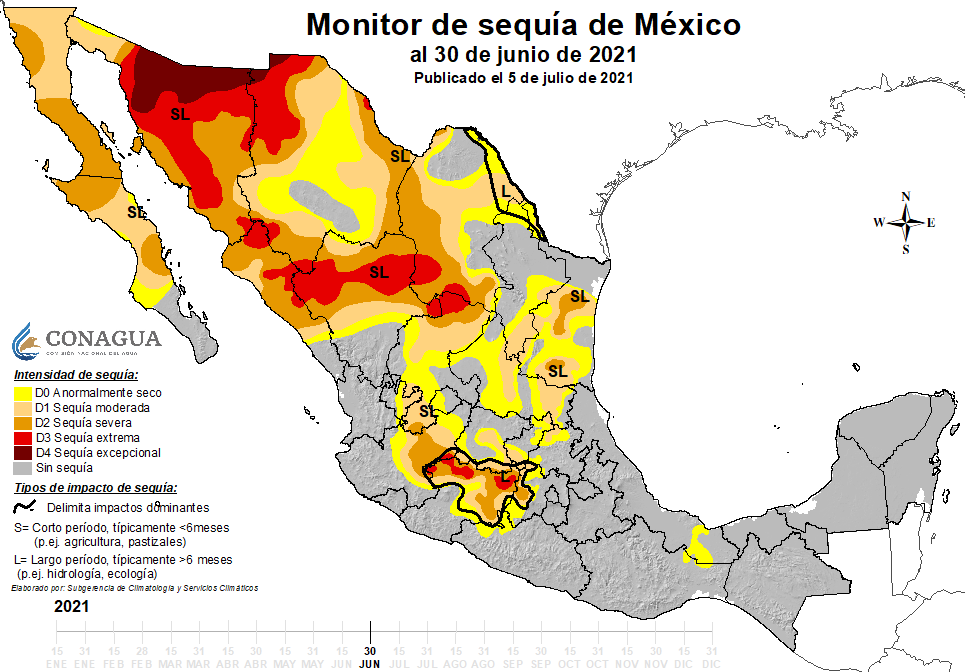 CONAGUA
Widespread drought in Mexico has subsided somewhat due to recent rains. But much of Sonora remains in extreme or exceptional drought.

Monsoons have arrived in neighboring Sonora, Mexico. But so far the rain hasn’t been enough to lift the state out of severe drought.

Much of Mexico has been experiencing some level of drought for over a year now. And Sonora has been among the states most impacted.

Above average rainfall in recent weeks has relieved drought conditions and lifted water levels in reservoirs to near-full capacity in some parts of the country.

But recent rain hasn’t solved water shortages in Sonora, where reservoirs remain depleted and wide swaths of the state are still considered in extreme or exceptional drought.

More rain is expected in the coming days. And officials say they’re hoping for continued precipitation throughout the summer to help raise water levels in Sonora somewhat.