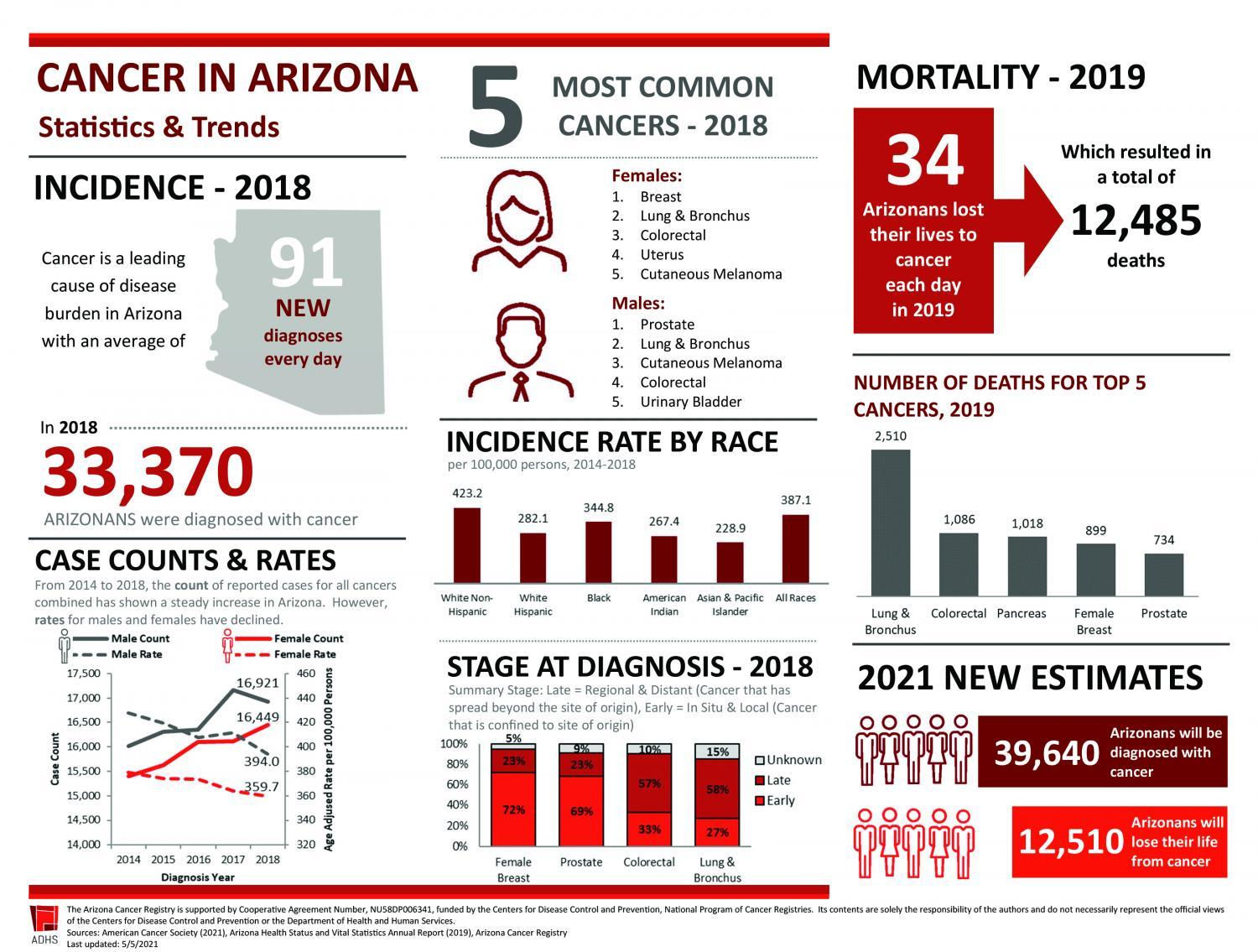 Cancer accounts for almost 21% of deaths in Arizona, barely edged out by heart disease as the state's leading cause of death.

According to the latest Cancer Report to the Nation, cancer rates remained steady for males but rose among females, children and young adults.

That differs from Arizona, where the Arizona Department of Health Services (ADHS) says rates for females declined over the last five years. ADHS says childhood cancer rates in the state declined in 2016 and 2017 but show an overall 12% increase over the past five years.

The news was more tepid for colorectal cancers, which saw their declines slow down.

Declines also slowed for female breast cancers, the most commonly diagnosed cancers among women and the second-leading cause of cancer death in that sex.

Rates for lung cancers and melanoma improved, although lung cancer remains the leading cause of cancer death in both sexes, accounting for more than 22% of all cancer deaths in the U.S.

Some formerly declining cancer mortality rates in the U.S. flattened, while others continued increasing.

Steeper upticks often occurred in cancers linked to obesity, such as cancers of the female breast, uterus, pancreas or kidney, as well as myeloma. Several such cancers are trending younger over time, raising concerns about future disease burdens.

The report attributes the cancer disparity to multiple factors, including tumor biology, stage at diagnosis, quality and timing of treatment, and systemic discrimination. It also says "Black persons and individuals of lower socioeconomic groups in general are more likely to have a higher exposure to some cancer risk factors and limited access to healthy food, safe places for physical activity, and evidence-based cancer preventive services."