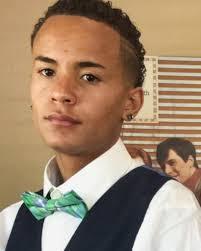 The parents of a man killed in Peoria, Arizona, in 2019 have filed a complaint in Maricopa County Superior Court, alleging the correctional health care system is to blame for their son’s death.

Attorneys representing the parents of Elijah Al-Amin say an extensive review of the medical files of the man who allegedly killed him, Michael Adams, shows a years-long pattern of gross negligence by behavioral health care providers in the community, county jails and state prisons.

Adams allegedly stabbed Al-Amin to death in a Circle-K convenience store in Peoria two days after Adams was released from prison. The complaint names numerous Arizona behavioral health entities that Adams was in contact with before the death of Al-Amin, including the current and former companies providing health care in state prisons — Centurion of Arizona and Corizon Health — as well as Mercy Care, Crisis Preparation and Recovery, Crisis Response Network and numerous unnamed employees.

“Defendants were negligent in these duties,” the complaint continues, “and Defendants’ actions and omissions were the cause of Elijah’s tragic death.”

The complaint asks for punitive damages for the wrongful death of Al-Amin, as well as compensation for his funeral and burial costs.

Matt MacLeod is an attorney with the O’Steen and Harrison law firm and represents Al-Amin’s parents, Serina Rides and Paul Al-Amin. He says all of the named companies interacted with Adams over the course of several years.

“Our allegations are that had those various entities done their job in terms treating Mr. Adams properly, whether it was through case management, supervision, or treatment and care, that he would have been stabilized and would not have committed the crime of murdering Mr. Al-Amin,” MacLeod said.

MacLeod says they did not name the Arizona Department of Corrections in the complaint because the window of time to file a lawsuit against the state has passed.

“The vendors that offer the behavioral health for these institutions, specifically Corizon and Centurion — they have a duty to make sure that when they are releasing an inmate into the public that that person is safe and stable,” McCleod said. “Mr. Adams was neither. And for them to do that, it put the general public at risk and ultimately led to Mr. Al-Amin’s death two days later.”

Representatives for the companies named in the complaint did not respond to a request for comment. A spokesperson said the Department of Corrections does not comment on pending litigation.

A Troubled History With Mental Illness

“He was diagnosed with major depressive disorder. He was bipolar. He had Asperger’s,” he said. Adams is not involved with the complaint against the behavioral health care providers, but he has reviewed it, and says it is an accurate description of the challenges his son faced, and the systemic failures to address his mental illness.

Adams said despite the family’s attempts to get their son treatment, his condition gradually worsened. After moving out of the house at age 18, Michael Adams had multiple interactions with the police that escalated in severity.

He was jailed several times. Police petitioned for Adam’s court-ordered evaluation three times in one six-month span for being a danger to others.

He was arrested for threatening to stab people. He threatened to hit people with a brick that he believed contained magical powers to help him thwart evil. And at one point Adams attacked a detention officer in the Maricopa County jail.

Adams Is Sent To Prison

In October 2018, Michael Adams went to prison for theft and assault charges. Upon intake, he was immediately placed on suicide watch.

Health care providers at the prison initially ordered Adams be given an antipsychotic medication for 42 days, but records show he only received the drug for five days.

Records show his mental health continued to deteriorate over the next eight months.

A letter from a public defender to the Deputy Maricopa County Attorney refers to Adams’ “Schizophrenia that the Arizona Department of Corrections left untreated from October 31, 2018 until his release on July 2, 2019.”

Paul Adams said when Michael went into prison, he was in pretty bad shape. “But the condition my son was in when he got out was just unbelievable,” he said. “He was like a total stranger.”

MacLeod says the Department of Corrections and their health care providers are to blame for Adams’ mental decline.

“While Mr. Adams was in the Department of Corrections, they had the opportunity to treat him, to monitor him, to supervise him, to medicate him, knowing that he had a severe mental disorder,” MacLeod said. “They knew that he was homicidal according to their own records when he was admitted.”

Released To Wander The Streets

Adams was released from the Yuma prison without medication and taken by a shuttle bus to San Luis, Arizona, where locals he encountered described his behavior as abnormal and psychotic.

“It's evident that when Mr. Adams was released from DOC, the first 12-15 hours that he was released, he had multiple contacts with the criminal justice system,” MacLeod said. Adams somehow made his way back to Yuma, where he had more encounters with people who reported he was acting paranoid and talking to himself.

He spent the next several hours wandering the streets of Yuma, triggering several police responses.

Adam’s father was finally able to contact him and he purchased a bus ticket for him to return to Phoenix. Michael Adams then boarded the bus and made his way to Peoria, Arizona.

The Murder Of Elijah Al-Amin

Shortly after Adams encountered Elijah Al-Amin in the parking lot of a Circle K, he followed him into the store, attacked him with a knife, and allegedly murdered him.

Adams told police Al-Amin was playing loud rap music that made him think he was a threat. He said he was experiencing anxiety, and felt he needed to act “proactively” against perceived threats, a claim he had previously made to Tempe police years earlier after threatening to stab someone at a restaurant.

MacLeod said Al-Amin’s parents are bringing the civil action so that no other family has to endure what they have gone through. “It has devastated their family,” he said.

Paul Adams said he has not been the same since the murder. “It’s been a struggle every day to know that my son did that,” he said. “I have no words to tell Elijah’s family how sorry we are, but I need them to know that we did everything in our power to make the courts, the jails and the prisons aware of the problems Michael was having.” 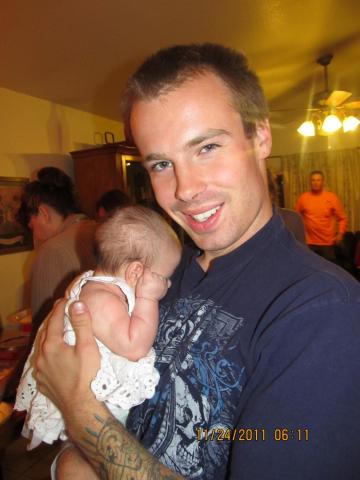 “As a direct and proximate result of Defendants’ gross negligence and omissions,” the complaint alleges, “Elijah Al-Amin’s surviving wrongful death statutory beneficiaries have been, and will continue to be, deprived of their son and his love, affection, companionship, care ... and solace because of his wrongful death.”

The System Failed Al-Amin And Adams

At the Maricopa County jail after the murder, Adams was diagnosed with schizophrenia and other psychotic disorders. He would remain in the jail for another 18 months. One month before his scheduled trial, on April 17, Adams was found unresponsive in his cell and later pronounced dead. An investigation into Adams’ death remains open.

Paul Adams says he believes Elijah and Michael are both victims of a failed system.

“There’s not a day that goes by that I don’t hurt for them,” Adams said of Al-Amin’s family. “And now my son is dead too. I hurt. They are hurt. I just wish I could have an opportunity to meet with them and hug them both, and tell them how sorry I am.”

EDITOR'S NOTE: This story has been modified to correct Matt MacLeod's name.