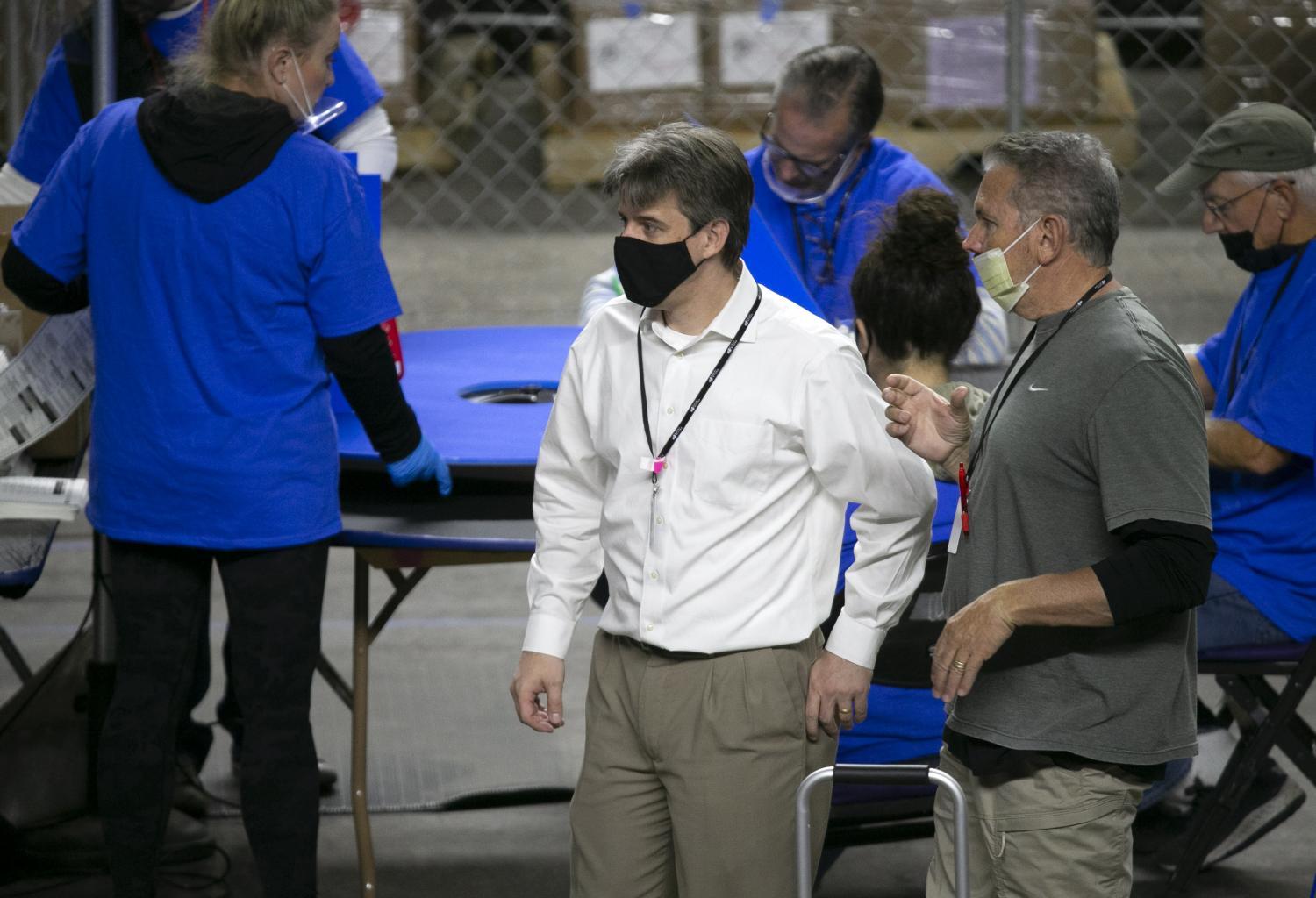 The CEO of the company leading Arizona Senate Republicans’ review of Maricopa County’s election results was revealed as a once-anonymous source in a conspiracy-laden film about the 2020 election.

The Arizona Mirror reported that Cyber Ninjas CEO Doug Logan was the voice behind “Anon,” a source kept anonymous during the first half of the film, “The Deep Rig” — a move riddled with falsehoods about the 2020 presidential election that purports to show that former President Donald Trump, not President Joe Biden, won the race.

Logan, who was hired in March to lead a review of Maricopa County ballots and voting systems, was unmasked midway through the film.

“The Deep Rig,” which premiered Saturday at a church in Phoenix, also starred Patrick Byrne, the former Overstock.com CEO running a Florida-based nonprofit seeking to raise millions of dollars to fund the audit run by Logan. The film is based on a book by Byrne.

GOP Maricopa County Supervisor Bill Gates, a critic of the Senate’s election review, said he’s “deeply concerned” by Logan’s appearance in the film, but not at all surprised.

“It became evident to us months ago that this was not an impartial audit,” Gates said. “And I couldn’t think of a better reflection of the fact that this isn’t an impartial audit than the CEO of the company that’s heading this up was part of a movie that’s spreading these baseless claims.”

According to the Mirror, Logan stated in the film, without evidence, that he believed current or former CIA officials may be spreading “disinformation” about election fraud. He later stated that “if we don’t fix our election integrity now, we may no longer have a democracy.”

Such claims are nothing new for Logan, who actively promoted claims that the election was rigged against Trump before he was hired by Senate President Karen Fann (R-Prescott). Shortly after he was hired, Logan issued a statement in April claiming questions about his own beliefs were misguided.

“The big question should not be, ‘Am I biased,’ but ‘Will this audit be transparent, truthful and accurate?’” he stated.

Secretary of State Katie Hobbs, a Democrat and one of the audit’s loudest critics, has long said Logan involvement means Senate Republicans’ election review will be anything but truthful. His participation in “The Deep Rig” only affirms that, Hobbs said Monday.

“His involvement in this audit is anything but independent,” Hobbs said. “He clearly has a partisan agenda.”

Fann, who attended the premiere, did not respond to a request for comment about Logan’s latest foray into what Gates called fantasies about the election.

“This is the fantasy land that they’re living in, and the head of fantasy land is heading up this audit,” he said.