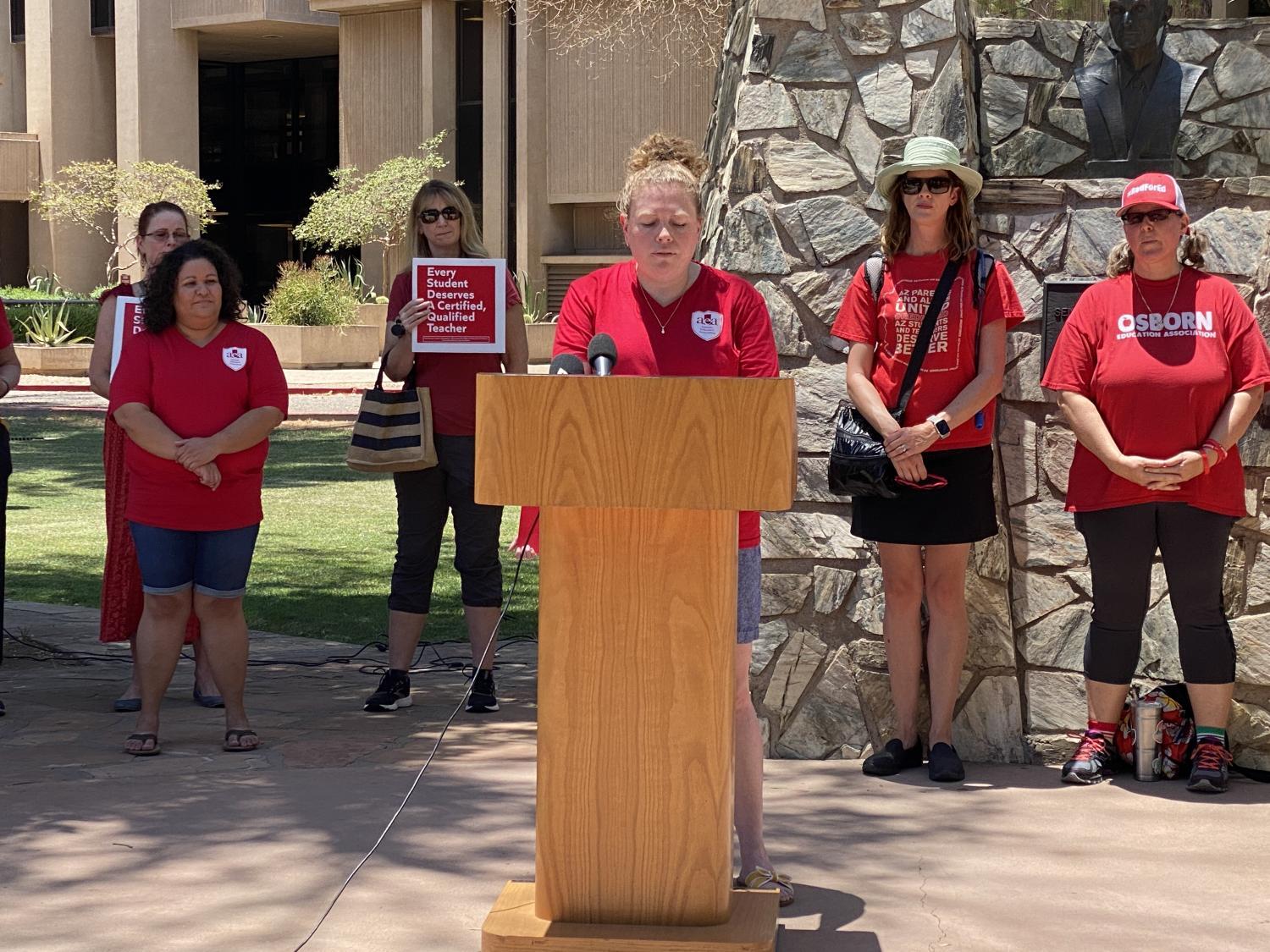 Arizona state senators worked through the night to pass a series of budget bills early Wednesday. But before adopting those measures, Republican lawmakers packed the bill funding K-12 education with nearly 200 pages of policy changes, including language from other bills that were rejected earlier this year.

“For those of you at home, this is the Fann floor amendment,” Otondo said during the debate — she had to put down her mic to hold the hefty stack of papers.

Democrats complained that they did not have enough time to review everything packed into the amendment. They were also troubled by the amount of language that was pulled out of so-called zombie bills — policies that failed to pass on their own merit as individual bills earlier in the session. 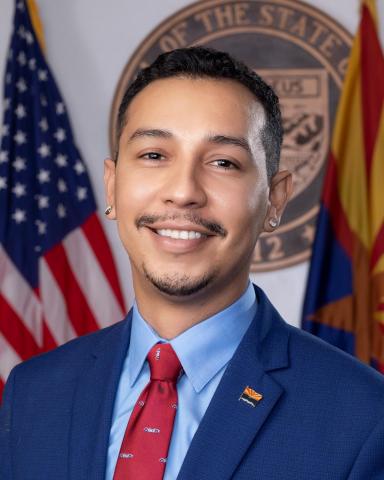 This included reviving a massive expansion of the state’s school voucher program, known as the Empowerment Scholarship Accounts, and a ban on so-called controversial topics known by opponents as the teacher gag bill.

“Everything about this amendment is completely flawed and does a disservice to the state of Arizona, to the students and to the entire educational community,” said Sen. Tony Navarrete (D-Phoenix).

But worries about K-12 schools don’t end with the education budget bill. Public school advocates view Republican senators’ crowning achievement in the budget — a plan to gradually reduce income taxes to a single, 2.5% rate — as an affront to Proposition 208, a voter-approved surcharge meant for the wealthy to pay a larger share of their income for education.

Republican Sen. JD Mesard said public schools will still get their share in accordance with the voter-approved law.

“Not a single dollar of Prop. 208 is impacted by this bill, not one,” Mesnard said. 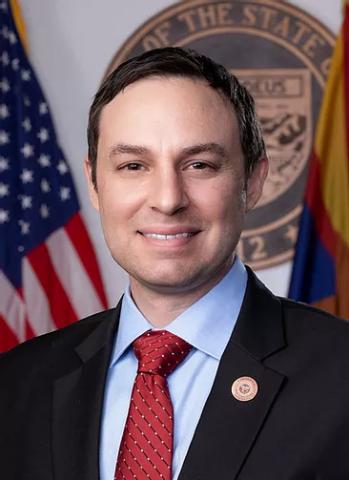 GOP lawmakers were careful to ensure Prop. 208’s 3.5% surcharge will still be levied on individual incomes above $250,000 and joint incomes above $500,000. Legislators aren’t allowed to alter voter-approved laws.

But a new 4.5% cap on income taxes means just 1% of the higher income from the wealthiest Arizonans will go to the state’s general fund.

“This goes against what the voters clearly indicated they wanted,” Sen. Christine Marsh said.

The Phoenix Democrat, who’s also a public school teacher, said the money lost to the tax cut would be better spent further investing in schools and infrastructure. But Republicans like Mesnard boasted of achieving a long standing goal — reducing the state’s income tax rate as close to zero as possible.

“I would characterize it as a once in a generation overhaul of our tax code,” he said. “And I find it very exciting. And I think most Arizonans will as well.”

Democratic Sen. Martin Quezada warned that most Arizonans, who’ll benefit from the tax cut by dozens of dollars rather than hundreds or thousands, won’t feel as good as Mesnard suspects.

“We have the money to invest right now. And we are throwing it away in a budget for the rich,” Quezada said. “Once the people of Arizona see what this is, they are not going to be happy.”

Outside the Senate building, education advocates and parents were watching the debate — they weren’t allowed into the building. 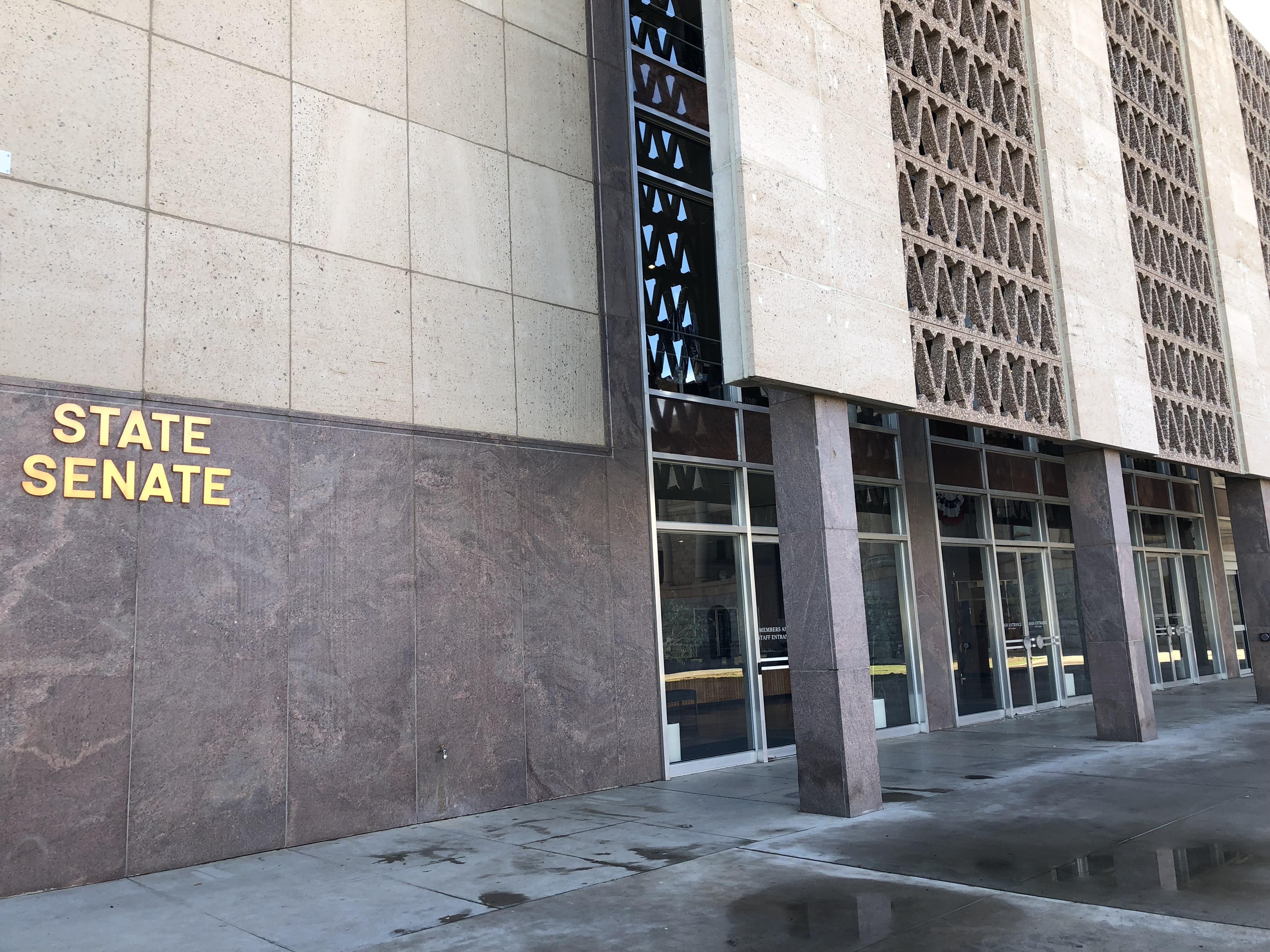 Save Our Schools Arizona Executive Director Beth Lewis said her group and others are ready to push back against these policies like the tax cut and voucher expansion if necessary.

“Save Our Schools remains ready, willing and able to stop ESA expansion and all of these bad tax cuts, whether by litigation because of the voter protection act or by referendum or initiative,” Lewis said.

Parents, teachers and other education advocates are planning to gather at the Capitol again today to watch the House begin its work on the budget.