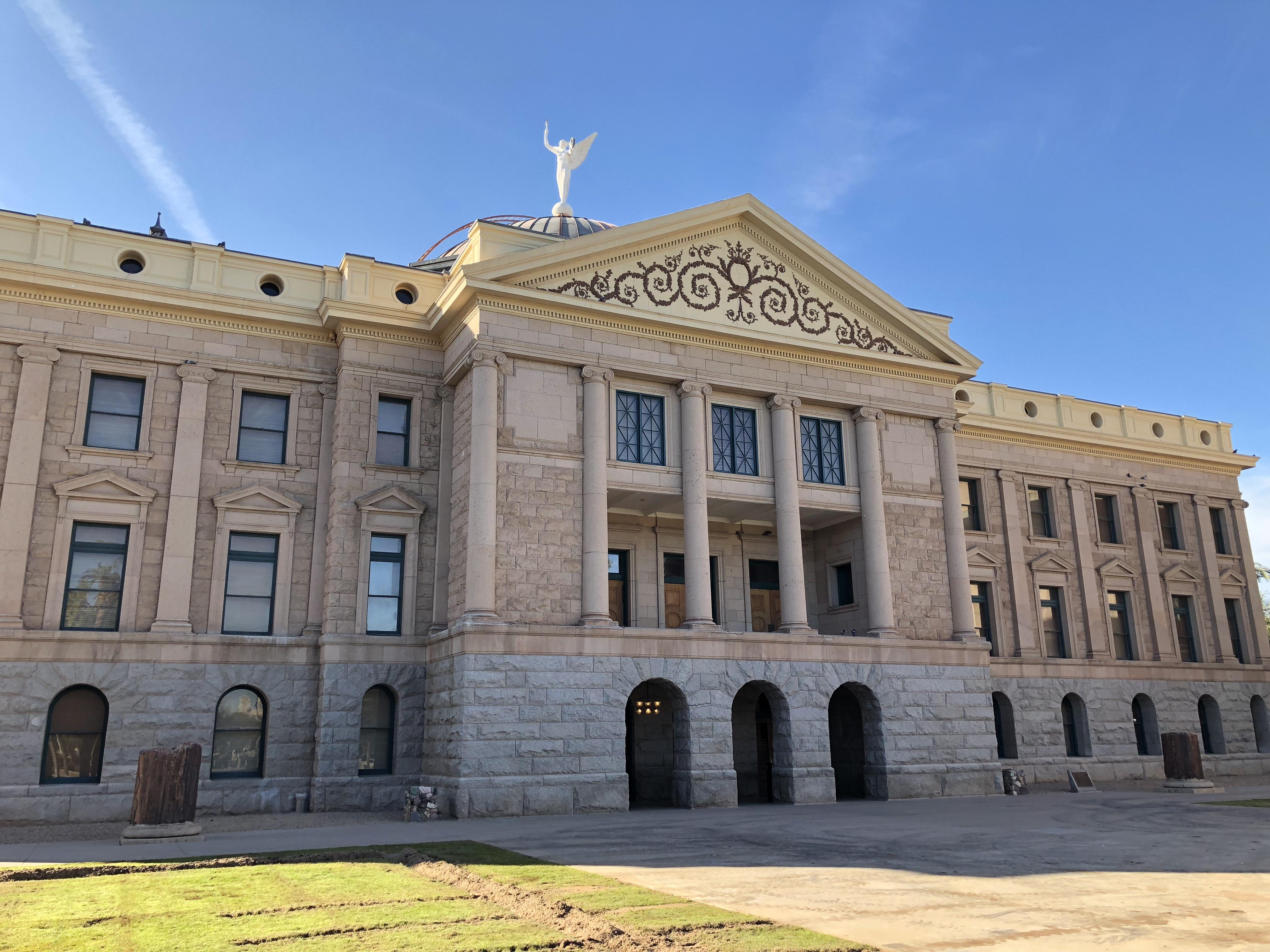 Arizona Senate Republicans inserted several new election-related policies into the state budget overnight, including laws that could soon require watermarks, QR codes and other security measures to be printed on ballots.

Republicans also stripped Arizona’s Democratic secretary of state, Katie Hobbs, of the right to defend the state’s election laws in court, or choose not to, by declaring that the attorney general, Republican Mark Brnovich, has sole authority over election-related litigation.

Other measures include a mandate to inspect state and county voter registration databases and create a report on voters who cast federal-only ballots — an option available to Arizonans who don’t show proof of citizenship to register to vote in the state, but are still allowed to register under federal law.

Members of the Senate Government Committee will now also serve on an election audit committee that will review the results of a Republican-led effort to audit election returns in Maricopa County.

And a new task force would have to investigate social media platforms for alleged in-kind campaign contributions.

The ballot security measures, though not mandated by law in the budget, have the potential to be the most cumbersome and costly requirement for county election officials to implement. Jennifer Marson, executive director of the Arizona Association of Counties, said Rep. Mark Finchem (R-Oro Valley) made it clear he intends to require those features by law in the “very near future.”

“We are approaching it from that standpoint,” Marson said. “Right now we have a lot more questions than answers.”

The budget amendment provides a list of 10 “ballot fraud countermeasures” for counties to choose from — features like holographic foil, background designs similar to those found on banknotes, and ultraviolet or infrared ink. If mandated, counties would have to implement any combination of at least three features from the list on their ballots.

Marson said it’s unclear what sort of machine would be required to verify those security measures on ballots before election workers could begin counting votes after ballots are returned.

“It definitely requires something on the front end to verify the correct paper, because the goal of the proponents of this piece is don't tabulate anything until you're sure that it's secure,” she said.

Cost is another factor.

“By everyone's admission, there is only one company that can do any of this,” Marson said. “And so now, we can't have a competitive bid process or a traditional procurement process at the county or state level to use these counter measures because we're locked into one company.”

That company is Authentix, a Texas-based firm that provided Finchem with a sample ballot from Cochise County that included watermarks, QR codes and other security measures. Finchem had the sample ballot on display at the Capitol in March. According to the Yellow Sheet Report, it could be five times more expensive to print ballots with those security measures as it is to print paper ballots currently in use.

Marson said Finchem has acknowledged the security levels required of companies in the budget amendment could only be met by Authentix.

Finchem defended the company in a brief email. He wrote that Authentix “offers these countermeasures to governments around the world for document and tax stamp security.”

A call to the company’s office in Texas was not immediately returned.

Democrats like Phoenix Sen. Tony Navarrete said the amendment is part of a broad effort to solidify conspiracy theories of election fraud.

“It’s important for us to make sure we vote down conspiracy-laced amendments that are going to hurt the integrity of our election system in the state of Arizona and encourage other states to have these bad copycat laws spread like wildfire,” Navarrete said. “We have to stop this today.”

Sen. Martin Quezada (D-Glendale) challenged Republicans to explain how some of the security measures, like thermochromic or photochromic inks, even work.

“If you can tell me what one of those things even is, I may consider voting for this. But we all know damn well that you don’t know what any of that stuff is,” Quezada said. “Those are big, scary words, trying to scare voters into thinking that something bad is happening with our ballots.”

Thermochromic ink changes color based on temperature, while photochromic ink activates when exposed to UV light. 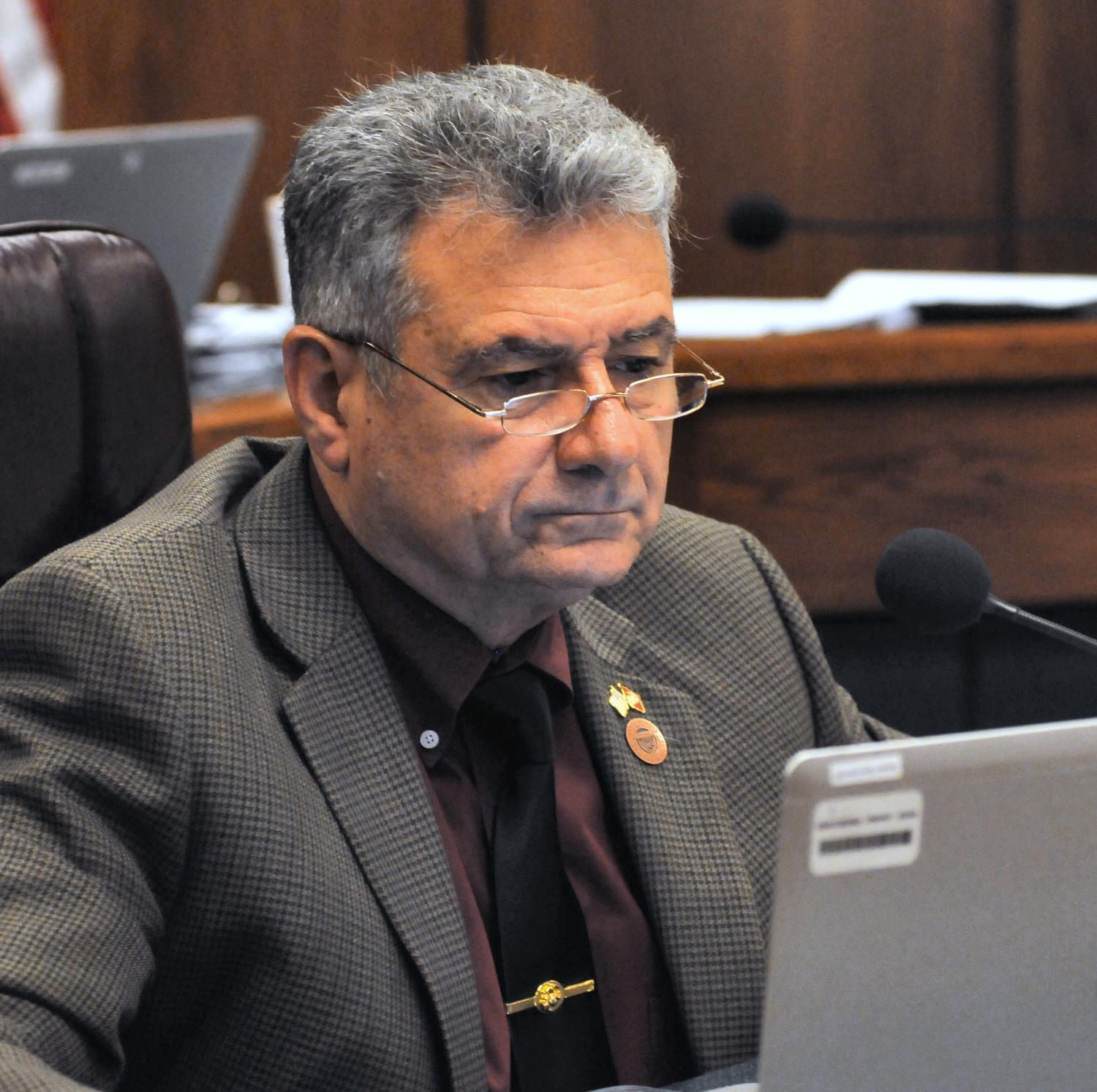 “There are some that, they’ve lost, what do you call it? Followers. They’ve shrunk. They have 10,000 followers, and the next thing you know they get on, they log on and a whole bunch of them are gone because they’ve changed, the algorithms are already in the computers so that way a certain candidate or certain subject always goes to the top,” Borrelli said. “These are the kinds of things that need to be investigated.”

Sen. Juan Mendez (D-Tempe) said social media companies have been under pressure to eliminate fake users from their platforms. Mendez noted that a Republican state representative, Jake Hoffman, was permanently suspended from Twitter after the Washington Post reported that his firm paid teenagers to post spam-like conservative messages.

Funding for the task force, which would investigate alleged social media bias as an unreported in-kind political contribution, was included on a list of budget demands from conservative House Republicans, including Hoffman, that circulated in May.

“I don’t know what you’re talking about with fake followers,” Borrelli said when pressed by Mendez. “But there are people that are on there that do have real identities that, their systems have been downgraded and so on and so forth.”

The budget now awaits votes in the House, where Republican leaders say they have enough votes to adopt the spending plan on Thursday.