Group Hopes To Plant More Than 1,000 Trees This Weekend In Hermosillo 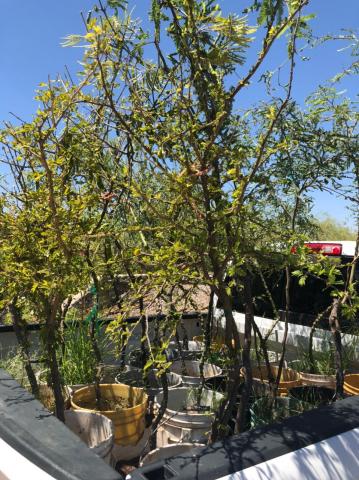 Gianco Urias
Donated trees are on their way to be planted along a major roadway in Hermosillo as part of the 1001 Tree Challenge.

A group of concerned citizens are taking to the streets in the Sonoran capital Hermosillo on Sunday to plant 1,000 trees. It’s part of a growing green movement in the city.

The group called Reto 1001 Arboles, or the 1001 Tree Challenge, will plant native tree species along two major thoroughfares in Hermosillo this weekend.

"I've seen many more people interested in changing their surroundings, in having a better place to live, in being part of a new generation," said Gianco Urias, who launched the project. "And more and more people are taking doing something about it."

He said Hermosillo residents are increasingly looking to greening efforts as a way to make their city more livable.

Dozens of environmentally focused organizations have joined in to support the tree planting event Sunday, and are carrying out other reforestation projects in parks and public spaces around the city.