In Budget Stalemate, Arizona Republicans Struggle With The Reality Of Their One-Vote Majorities

Arizona lawmakers on Thursday inched another day closer to a June 30 deadline to adopt a budget, as Republicans of different stripes dug in their heels over plans to cut billions of dollars in taxes.

In the House, less than half of the state’s representatives were physically present at the Capitol on Thursday. House Speaker Rusty Bowers and Rep. David Cook, Republicans at odds over a $1.9 billion income tax cut in a deal GOP leaders negotiated with the state Senate and Gov. Doug Ducey, were with the governor in Globe for a press conference about the state’s response to the Mescal and Telegraph fires. 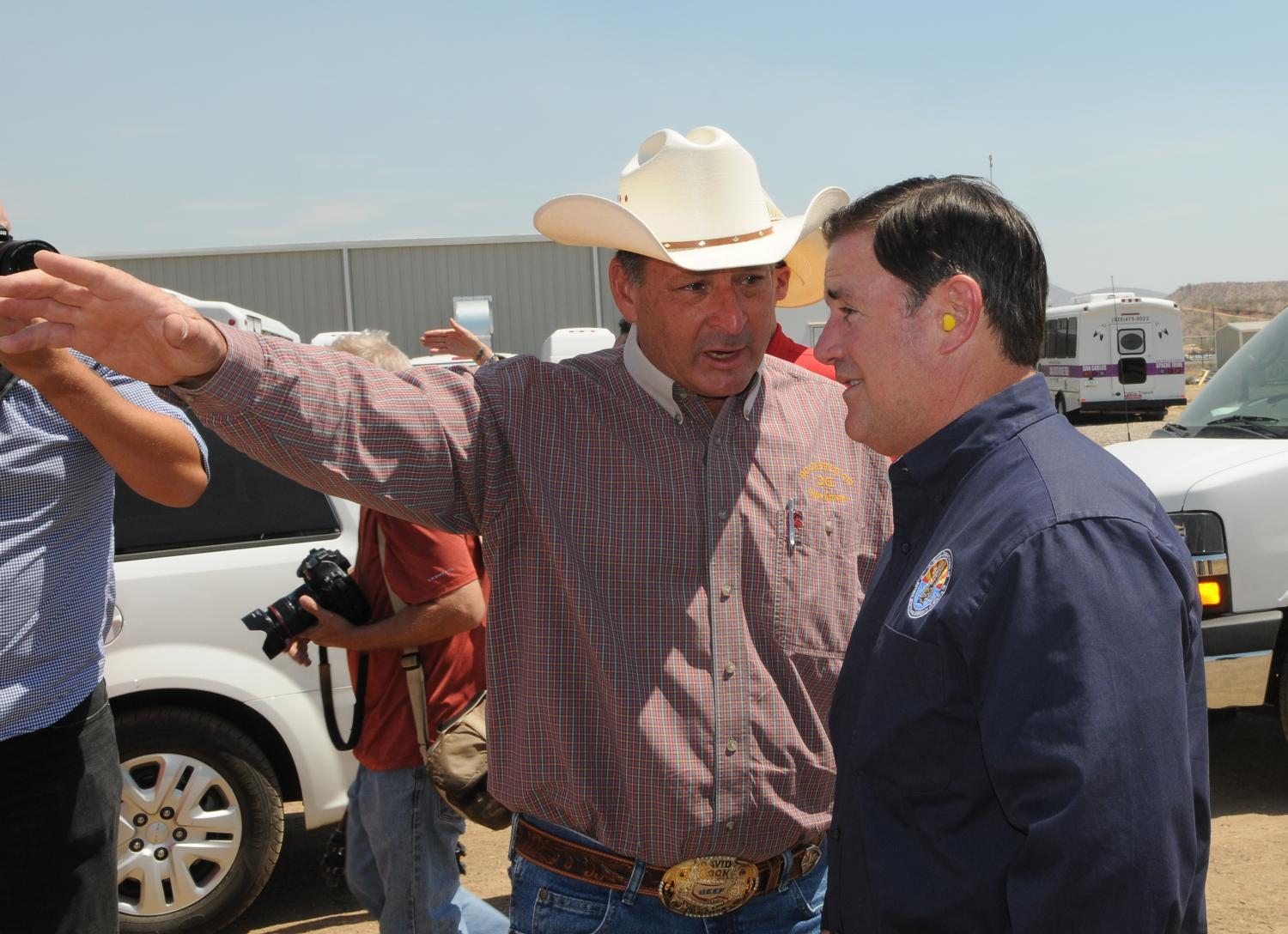 Senators returned to their chamber for the first time since May, but accomplished nothing beyond reviving 22 bills that Ducey vetoed — a threat the governor issued in late May that was intended to force lawmakers to adopt a spending plan.

But no amount of cajoling or arm-twisting has yet convinced Cook in the House or Republican Paul Boyer in the Senate to vote for the $12.8 billion budget deal that most of their GOP colleagues support.

Meanwhile, Democrats remain united in their opposition to the spending plan, which includes a proposal to flatten Arizona’s income tax rate to 2.5%, compared to the progressive rates that the state currently applies, depending on income. Democratic senators and representatives say the plan disproportionately favors the wealthy, and that a 4.5% cap on total income tax liability undermines Proposition 208, a voter-approved surcharge on income above $250,000, with those revenues earmarked for education.

Neither Cook nor Boyer shares those concerns.

Instead, each is drafting counter offers that would still cut taxes on a smaller scale — between $1 billion and $1.2 billion, with plans to spend more of the state’s surplus cash paying down Arizona’s debt. Boyer said his tax cut proposal is also designed to benefit Arizonans with lower income. Half of his $1 billion in tax cuts would be permanent, while the other $500 million would be provided as rebates to people who earn less than $40,000 annually, the Glendale Republican said. 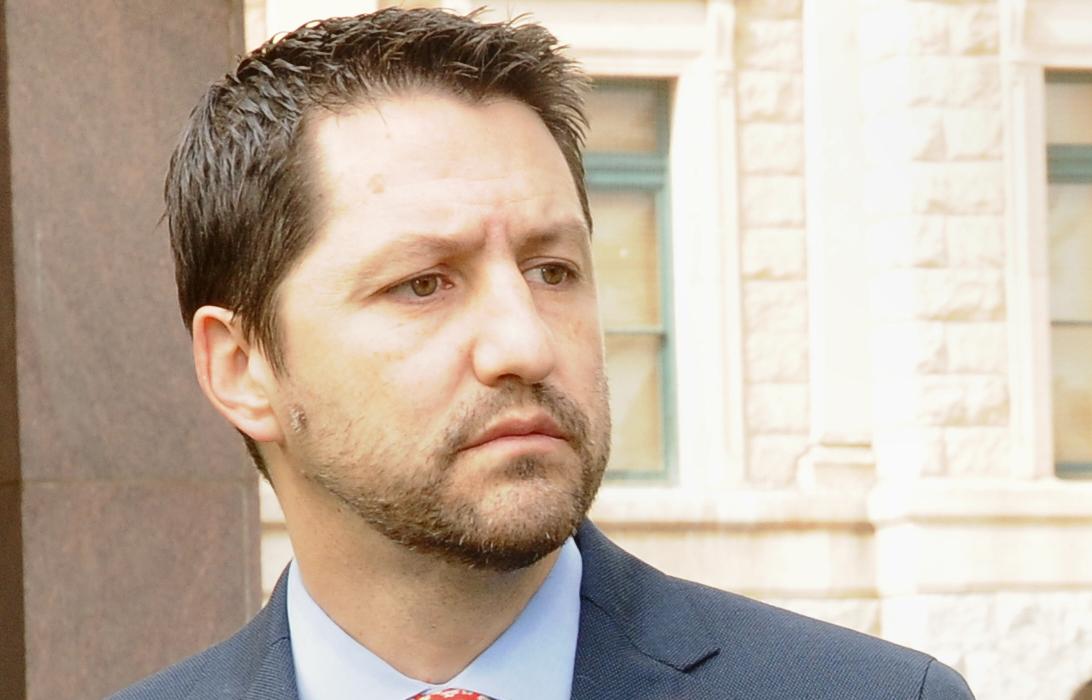 “They were the folks that were harmed the most” during the pandemic, Boyer said. “And so I think it makes sense to help them.”

It’s a sharp contrast to the flat tax Ducey and other Republicans have championed as a way to stimulate Arizona’s economy by primarily benefiting wealthy Arizonans and small businesses.

Senate President Karen Fann said she faces the same dynamic in her own chamber — some “uber-conservative” lawmakers may withdraw their support for the budget if Republican leaders cut some kind of deal with Boyer.

Fann (R-Prescott) said blame for a failure to pass a budget to date can’t be pinned entirely on Boyer or Cook.

“They could easily come out and say, ‘Here’s a really great plan that we think is a better compromise.’ And then we could have other members that are now gonna dig their heels in and say, ‘No, that’s not good enough,’” Fann said. “Well then, are they the ones that are obstructing the budget at that time?”

The reality is, any one Republican can pull the rug out from under a budget deal.

That’s why Ducey made overtures to Democrats earlier this week, stating his door is “always open” to any minority senator or representative who might help cobble together a deal. Beyond those words, however, Senate Minority Leader Rebecca Rios said Wednesday there’s been no outreach by Republicans on budget talks.

Sen. Martin Quezada (D-Glendale) said it’d be a difficult process to incorporate Democratic priorities into a budget deal so late in the session — not to mention the struggle to find common ground with what he described as the Republicans’ “extreme” plan to cut taxes.

“The fact that we've only got a few weeks left and before the end of the fiscal year, we're putting all of ourselves under a pretty tight deadline,” Quezada warned.

The path forward was complicated Thursday by Ducey’s call for a special session to invigorate the state's response to wildfires in eastern Arizona that have so far consumed more than 157,000 acres. Alongside Bowers and Cook in Globe, Ducey said the Mescal and Telegraph fires, which already prompted the governor to issue an emergency declaration, are just the beginning of a series of problems the region and state will face.

He warned that monsoon rains, combined with charred remains left by the fires, could cause landslides and flooding, another threat to nearby communities.

Both Bowers and Fann support Ducey’s call for a special session, though Fann noted budget negotiations won’t be set aside.

“That doesn't stop. We work over the weekends, we work every day of the week, trying to get to a consensus that we can get those necessary votes on.”

That promise came with a dose of reality, though.

“We’re not exactly close on that yet,” Fann said.