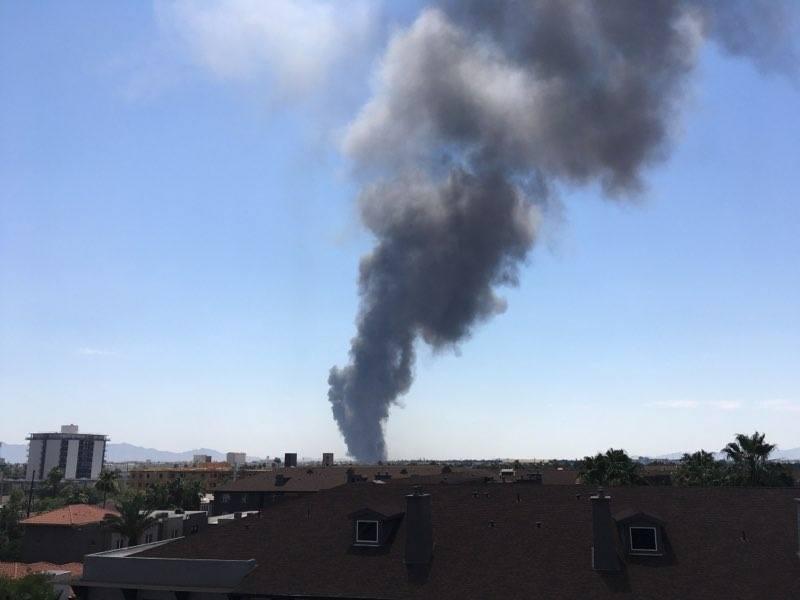 Despite triggering the largest response ever by the Phoenix Fire Department, a massive fire at a west-side recycling yard did not produce dangerous air quality conditions for Valley residents.

The Phoenix Fire Department said more than 200 firefighters from 10 different agencies were battling the 6 alarm fire near 35th Avenue and Buckeye Road on Saturday.

A plume from the fire stretched across Phoenix darkening the skies and raining ash on residents as far away as Scottsdale.

But the Arizona Department of Environmental Quality found no dangerous levels of toxins in the air.

ADEQ air quality meteorologist Matt Pace said the Department dispatched an emergency response unit on the ground over the weekend with four monitors.

"They monitored around the fire for toxins," Pace said, "and they were all below the threshold limit value."

Pace says the extreme heat may have been a factor.

"If this were to happen in the wintertime, when we have that inversion over the Valley, that’s when you would have trapped all the smoke right down near the ground," Pace said. But high temperatures and the heat from the fire pushed the smoke up into the atmosphere, where it was able to disperse. “You get all of that rising air, all of that lift," he said.