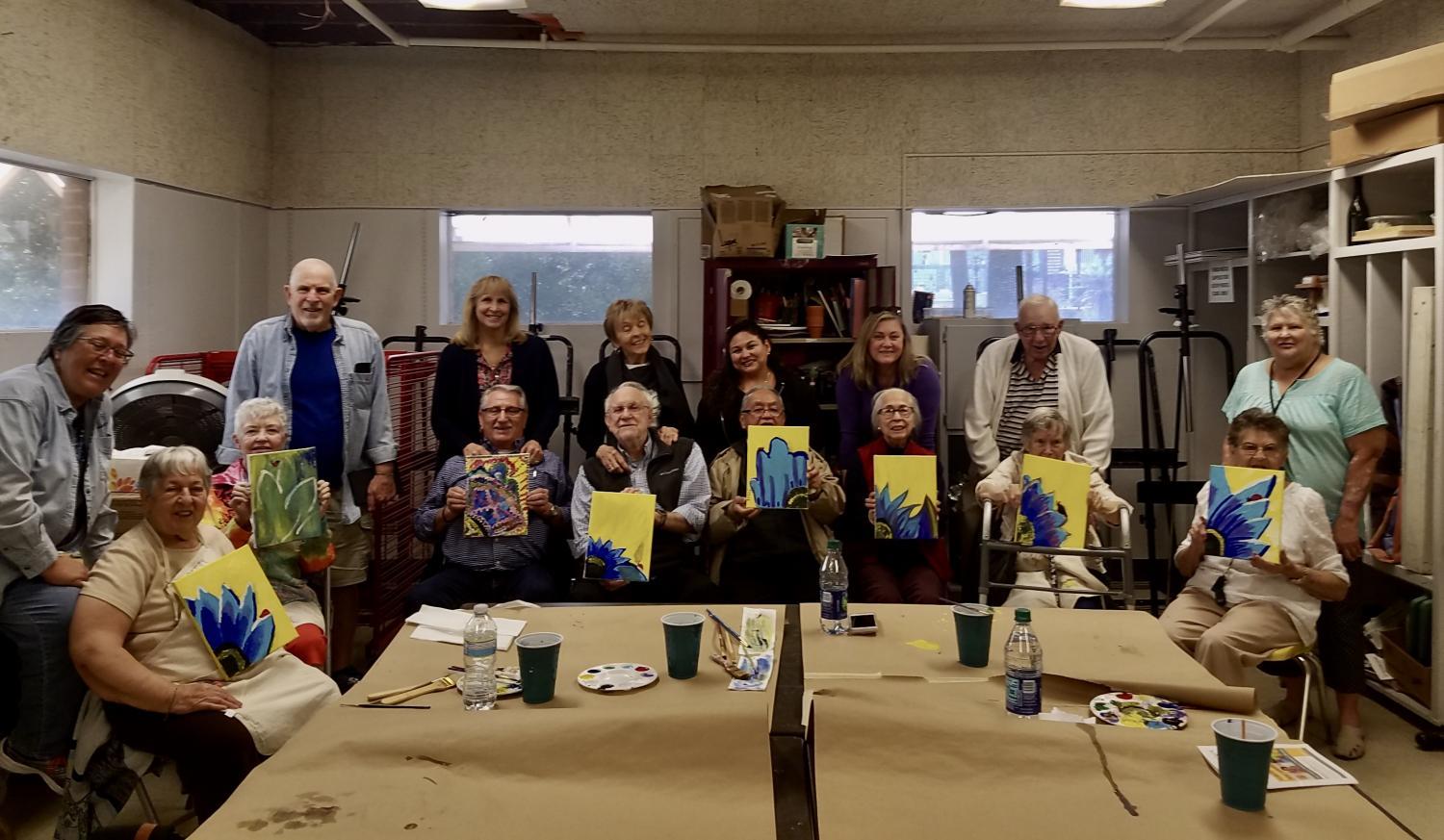 The COVID-19 pandemic has been particularly devastating for Americans with Alzheimer’s disease, many of whom are elderly and dependent on close contact with caregivers.

The Banner Alzheimer’s Institute has combated the crisis by offering virtual art classes to people with dementia — and new research shows such classes may help rewire the brains of people suffering from the disease.

Valley residents Jay and Ann Alderson met when they were seventh-graders in Fort Huachuca near Sierra Vista, Arizona. They were fast friends, but didn’t start dating until college — and they’ve been together ever since.

Ann was diagnosed with Alzheimer’s in 2012 and Jay is her dedicated caregiver, keeping her company and helping her with difficult tasks, like when I ask her to introduce herself and say her age over Zoom.

The Alzheimer’s Association found that in 2020, 41,000 more people with Alzheimer’s or another form of dementia died in the U.S. compared to an average year. Dementia is a broad term for a decline in cognitive function that prevents someone from doing daily activities. Alzheimer’s is one form of dementia.

COVID-19 has been especially hard on people with dementia because it’s harder for them to identify and describe symptoms if they get sick, and the pandemic has made it harder for them to access their caregivers. But Ann has Jay, and the two of them have been happily hunkered down in their house the past year.

"No, we don’t hardly go anywhere. And that's OK. We don't mind. So, we're not going nuts from cabin fever or anything," said Jay.

One thing keeping them happy at home: virtual art classes designed specifically for people with dementia. The Banner Alzheimer’s Institute helps coordinate music, dance, painting and other arts classes through partnerships with local arts organizations. There’s a lot to choose from.

Ann is doing well for someone who’s had the disease for so long and she’s been attending the classes for more than five years.

"Oh, it was wonderful. It really was helpful to know that you have things you can do to feel good about," said Ann.

"It really was helpful to know that you have things you can do to feel good about."
— Ann Anderson

She’s made friends at the classes, and so has Jay. He said he and the other caregivers talk about their own challenges while their loved ones are doing art.

When people have a problem, it makes them feel good to associate with other people who have the same problem," said Jay.

It’s easy to see that Jay and Ann enjoy the classes but is there any evidence it helps with her health? An artist-scientist duo on the other side of the country are trying to answer that question.

Christina Hugenschmidt is a neuroscientist and Christina Soriano is a choreographer and dancer. They’re both researchers at Wake Forest University in North Carolina.

For years, Soriano’s taught improvisational dance to people living with Parkinson's disease and has seen an undeniable difference between when people walk into her class and when they walk out with confidence.

Hugenschmidt and Soriano are currently running a study to do just that: put adults with dementia through social dance classes and measure how it changes their bodies.

Neuroscientist Hugenschimdt says that Alzheimer's is essentially the result of a buildup of proteins in the brain that — to use a non-scientific phrase — clog it up. The social dance classes won’t clear these proteins out — no medicine can reliably do that yet. But they could teach the brain to rewire itself around them.

"It may be possible to directly impact the pathology. But you can still have benefits on the brain by looking at this by using synaptic plasticity to kind of move around that and to use the parts of the brain that are still working," said Hugenschmidt

In fact, the preliminary results of their study show that the social dance classes are actually rewiring participants' brains to help them function more normally. More scientific studies like this one are needed, because there aren’t a lot like it out there.

One of Ann’s favorite classes is a dance class she does through Banner and the Phoenix Center for the Arts. Jay says the complex movements are good for her brain.

"So you have the move where you put your arms out and pull them back," said Jay. "You have foot movements that you can do sitting in a chair. And the tricky part for somebody with Alzheimer's is when you try to put two moves together like a hand move with a foot move. So it's, it's good for Ann to try to do that."

And whether or not the dance moves help her brain rewire, the classes make Ann happy. And that seems as valuable as anything.

This story was adapted from the original Hear Arizona podcast series State of the Arts Arizona, now available on Apple Podcasts, Spotify or wherever you get your podcasts.