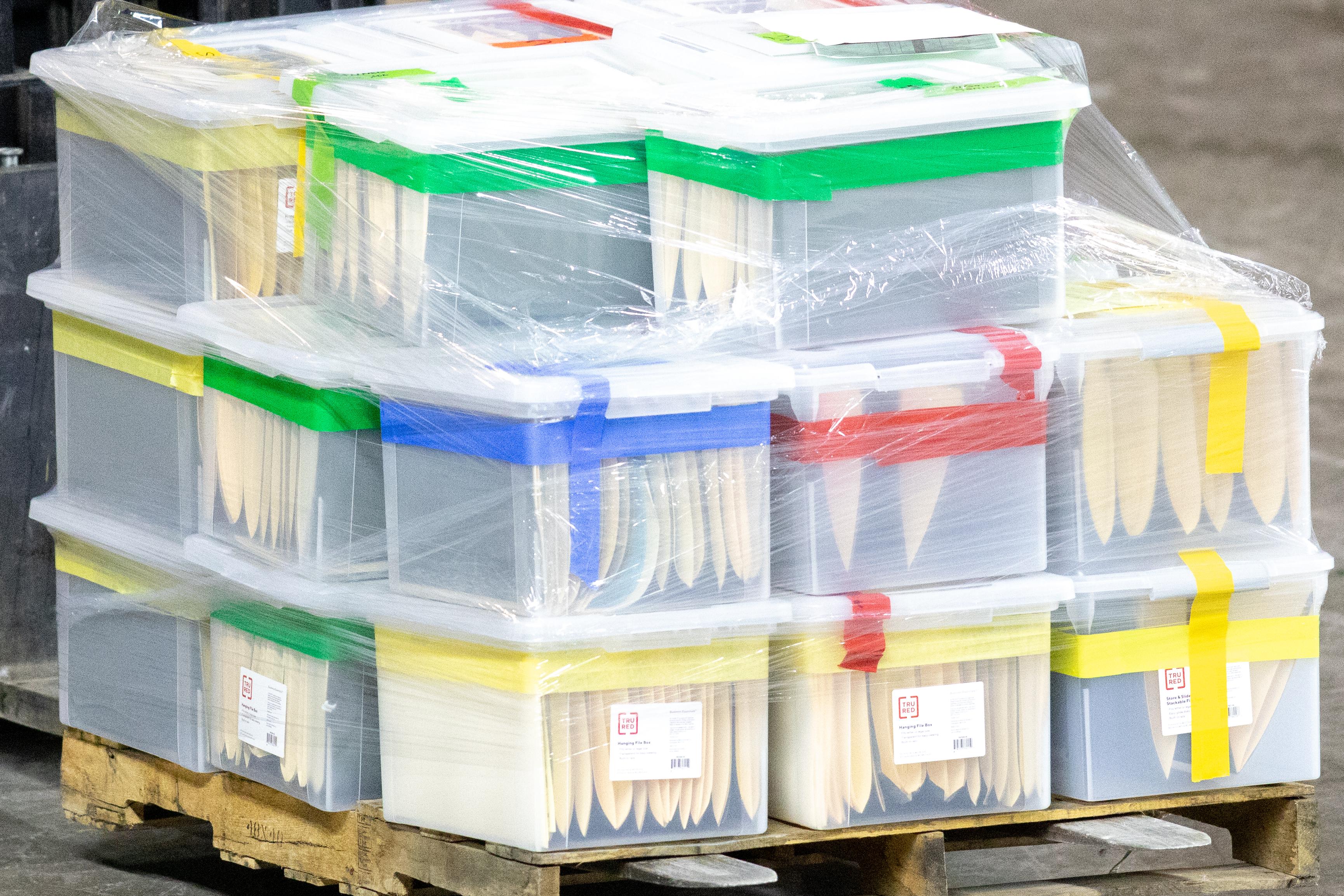 Courtney Pedroza/Pool
Maricopa County ballots from the 2020 general election are examined and recounted by contractors hired by the Arizona senate at the Veterans Memorial Coliseum in Phoenix.

Arizona Senate President Karen Fann has boasted that lawmakers in other states are earnestly watching the audit and recount she ordered of the 2020 election in Maricopa County.

Now, Pennsylvania lawmakers will get an up-close look at Fann’s election review inside Veterans Memorial Coliseum in Phoenix, perhaps to replicate the effort in their home state.

GOP Pennsylvania state Sens. Doug Mastriano and Cris Dush, as well as state Rep. Rob Kauffman, will meet with Arizona Republicans at the Capitol before taking a tour of the election review underway at the coliseum at the state fairground. They’ll also be briefed by the firms Fann hired to run the audit and recount.

On Wednesday, a PA Delegation consisting of State Senator Doug Mastriano, State Senator Cris Dush, and State Rep. Rob Kauffman will visit the AZ Capitol to meet with members of the AZ Legislature, and then tour the AZ Audit to receive a brief from the forensic audit team.

Fann, a Prescott Republican, recently told CNN the controversial audit will be “the basis of a gold standard” for election audits,  despite criticism from election experts and county officials who’ve defended the integrity of Maricopa County’s elections and criticized Fann’s own auditing team, led by the Florida-based cybersecurity company Cyber Ninjas, as unqualified and biased.

The involvement of Cyber Ninjas, whose CEO has spread conspiracies of election fraud, continues to draw the scrutiny of Democratic Secretary of State Katie Hobbs and election experts, who warn the entire endeavor is tainted by bias and inexperience.

Still, Fann said in May she’s taking calls from lawmakers across the country interested in following the standard she’s set.

“This is a whole new breaking ground,” Fann said at a legislative meeting. “I've had other senators and senate presidents and speakers from other states that have contacted me that said this is an issue that they are struggling with as well.”

At least one Pennsylvania lawmaker visiting Arizona has already pushed for recounts in his home state.

Mastriano, who has been scrutinized for his actions at the U.S. Capitol on Jan. 6, helped spur an election recount in Fulton County, Pennsylvania — a rural county on the state’s border with Maryland.

Fann later hired Wake TSI as part of a team of private firms conducting her election review, and touted the company’s experience in Pennsylvania as evidence they’re qualified to lead a recount of the nearly 2.1 million ballots cast in Maricopa County in November. Wake TSI backed out of the audit in May, when it chose not to renew its contract.

Mastriano has echoed conspiracies of election fraud amplified by former President Donald Trump and spent thousands of campaign funds to bus Trump supporters to the former president's rally that occurred before the Capitol insurrection.

Dush and Kauffman, along with Mastriano, all signed letters to Congress opposing the certification of President Joe Biden’s victory.

A spokesman for the Senate’s audit said the delegation might conduct interviews at a press box inside the arena reserved for a rotating team of reporters, but wont’ hold a press conference.