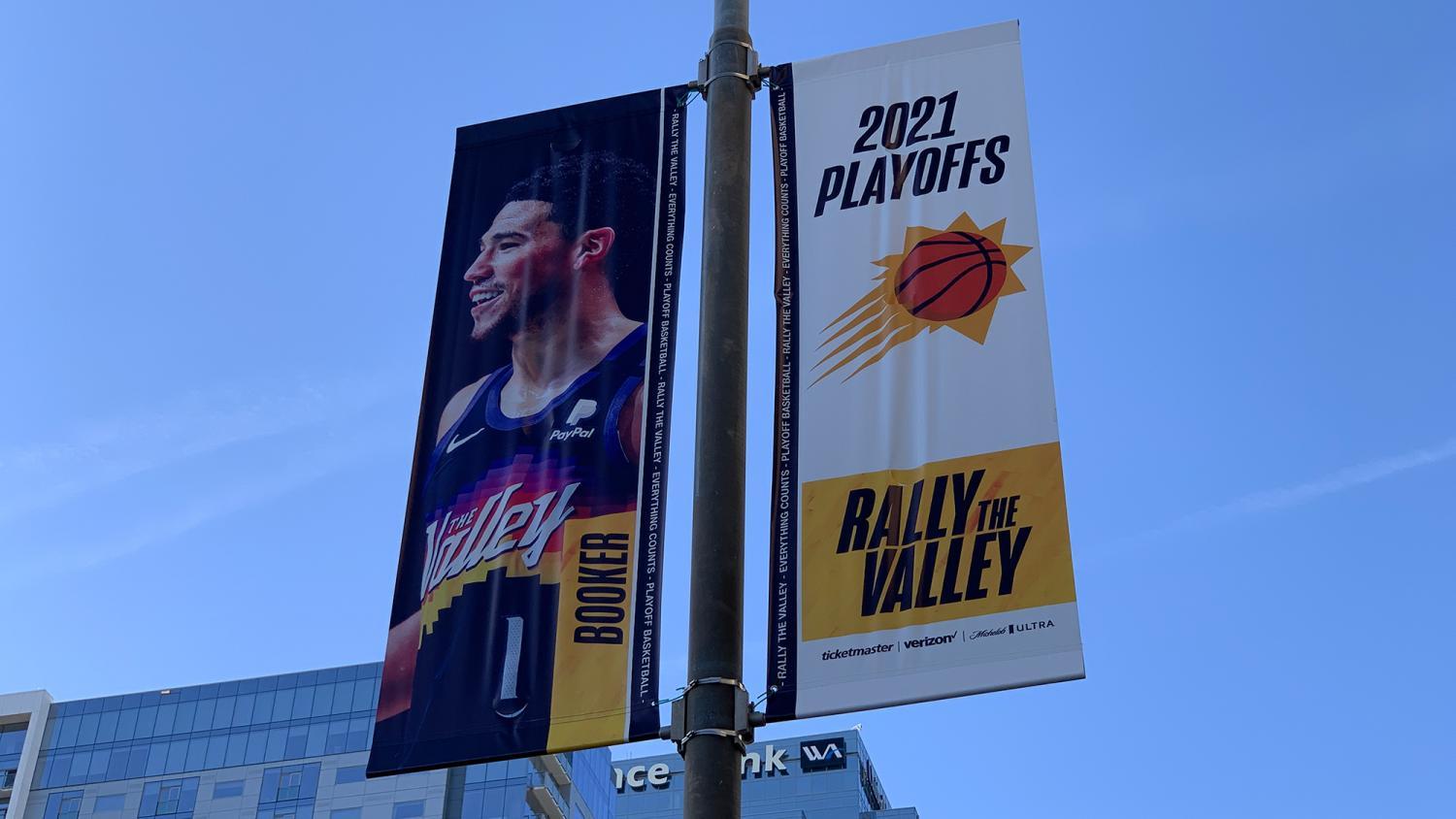 The Los Angeles Lakers were reeling late in the fourth quarter on Tuesday night. The Phoenix Suns had made a big run, their home crowd was in a frenzy, and the defending NBA champions were in danger of going down two games to none in the first round.

LeBron James and Anthony Davis weren't about to let that happen.

James made a turnaround 18-foot jumper, Davis followed with a 3-pointer and the Lakers held on for a hard-fought 109-102 win over the Suns in Game 2 of the playoff series.

“This was a must win,” Davis said. “We all came out with that mindset and we were able to get the job done.”

It was a big bounce-back game for the Lakers, and especially Davis, who struggled in Game 1 and took personal responsibility for the team's 99-90 loss on Sunday. His crucial 3-pointer with 2:15 left on Tuesday put Los Angeles up 98-92 and ended a late Suns rally.

“Those are two of the top five players in the NBA,” Lakers coach Frank Vogel said. “We have a formula where those guys carry a big load, especially at crunch time.”

James said he wasn't surprised Davis bounced back quickly. He said the Lakers made it a point to get him involved as much as possible.

“Get him the ball early, often and always," James said. "It’s that simple."

Game 3 is on Thursday in Los Angeles and the Lakers suddenly have a lot of momentum.

“That’s what I came here for,” James said. “To be able to play a playoff game in front of the Lakers faithful.”

The Lakers had a 63-48 lead after a 10-1 run to open the third quarter. James splashed home a 3-pointer to start the scoring and Los Angeles looked like it might put this one away comfortably.

But the Suns slowly clawed their way back. Cam Johnson made two 3-pointers late in the third quarter, including one at the buzzer, to pull Phoenix within 79-72 heading to the fourth.

Jae Crowder made a 3-pointer from the corner and was fouled, converting the free throw for a four-point play that pulled the Suns within 84-83 with 8:09 left in the fourth. Crowder had missed his first 11 3-pointers in the series before that attempt.

Deandre Ayton's dunk off an offensive rebound with six minutes left put the Suns up 88-86, which was their first lead since the opening minutes. But they couldn't hold on, struggling to guard James and Davis in the final minutes.

“We’ve got to do a better job of holding leads, but we showed we’ll keep fighting," Davis said.

Los Angeles is physically much bigger than Phoenix with Andre Drummond, Davis, James and Marc Gasol all standing 6-foot-9 or taller and tipping the scales at 250 pounds or more. The only player on the Suns' roster close to the size is Ayton. Unlike Game 1, the Lakers usually took advantage of that difference.

The Lakers jumped out to a 30-24 lead after the first quarter, scoring 12 points off of seven Suns turnovers. Los Angeles took a 53-47 advantage into halftime.

Drummond was a force before the break with 11 points and 10 rebounds, including five on the offensive glass. L.A.'s Dennis Schröder led all players with 16 points. Ayton had 14 points on 7-of-7 shooting for the Suns.

There was a announced sellout crowd at Phoenix Suns Arena, which was capped at 11,919 because of COVID-19 restrictions. That's about two-thirds of the 18,000-plus capacity.

Suns point guard Chris Paul finished with six points and five assists in 23 minutes while dealing with a shoulder injury that happened in Sunday's Game 1. The 11-time All-Star didn't play in the final minutes when the Suns tried to make a push for the win.

Paul had some good moments, but clearly wasn't at 100%.

“I took him out,” Williams said. “That was all me looking at him hold his arm the way he was holding it, I just couldn’t watch him run like that. He was trying to make plays, he battled, he is a warrior. We all know that.”

The Suns had to make a quick lineup change when Crowder was called for two early fouls. The second one was painful for the Phoenix forward.

Crowder was whistled for a foul on a Davis jump shot, then he took a shot to the groin when Davis kicked his leg out on the follow through. Davis was called for a Flagrant 1 foul. Crowder remained in the game to shoot the free throws, but was then replaced by Dario Saric.