Pennsylvania IT Company Backs Out Of Arizona Senate GOP's Audit

Randy Pullen, a spokesman for the audit and former chair of the Arizona Republican Party, confirmed Tuesday morning that Wake TSI left after its contract expired on May 14 — the date Cyber Ninjas initially estimated the hand recount would be complete.

After starting in late April, the recount quickly fell behind schedule. By May 13, only 680,000 of the roughly 2.1 million ballots had been counted, according to Pullen.

That’s when Cyber Ninjas and its subcontractors had to pack up voting systems, ballots and their equipment to clear out Veterans Memorial Coliseum in Phoenix for a one-week hiatus while the arena hosted a series of high school graduation ceremonies.

It’s also when Wake TSI officials decided to leave Arizona, despite assurances in early May from Ken Bennett, the Senate’s audit liaison and a former secretary of state, that all firms involved were committed to get the job done, no matter how long it took.

The job now continues with a new company involved: StratTech Solutions, a Scottsdale-based IT firm that Pullen said had already been working on behalf of the Senate Republicans’ audit. StratTech employees have spent the past few weeks hiring and training new workers to help with the recount, Pullen said, and are now following a process left in place by Wake TSI to oversee operations on the floor of the coliseum.

Wake TSI was employing a substantial portion of the workers involved in the audit -- 200 to 300 people, a mix of paid staffers and volunteers, Bennett said earlier this month.

It’s unclear if StratTech Solutions has any previous experience in election audits. When asked for comment, an individual at the company’s offices in Scottsdale directed all questions to a spokesman for Cyber Ninjas.

That spokesman did not respond to a request for comment.

Wake TSI was touted as the rare firm involved with the Senate’s audit and recount with actual election-related experience — Fann boasted the firm helped conduct a post-election recount in Fulton County, Pennsylvania, at the end of 2020.

The Arizona Mirror reported that Wake TSI’s work in Fulton County was tied to the "Stop the Steal" movement.

Wake TSI wasn’t the only company to raise concerns that the GOP-led election review is biased — Cyber Ninjas CEO Doug Logan spread conspiracies of election fraud on social media before his company was hired by Fann. Logan also had ties to a failed legal challenge to election results in Antrim County, Michigan. 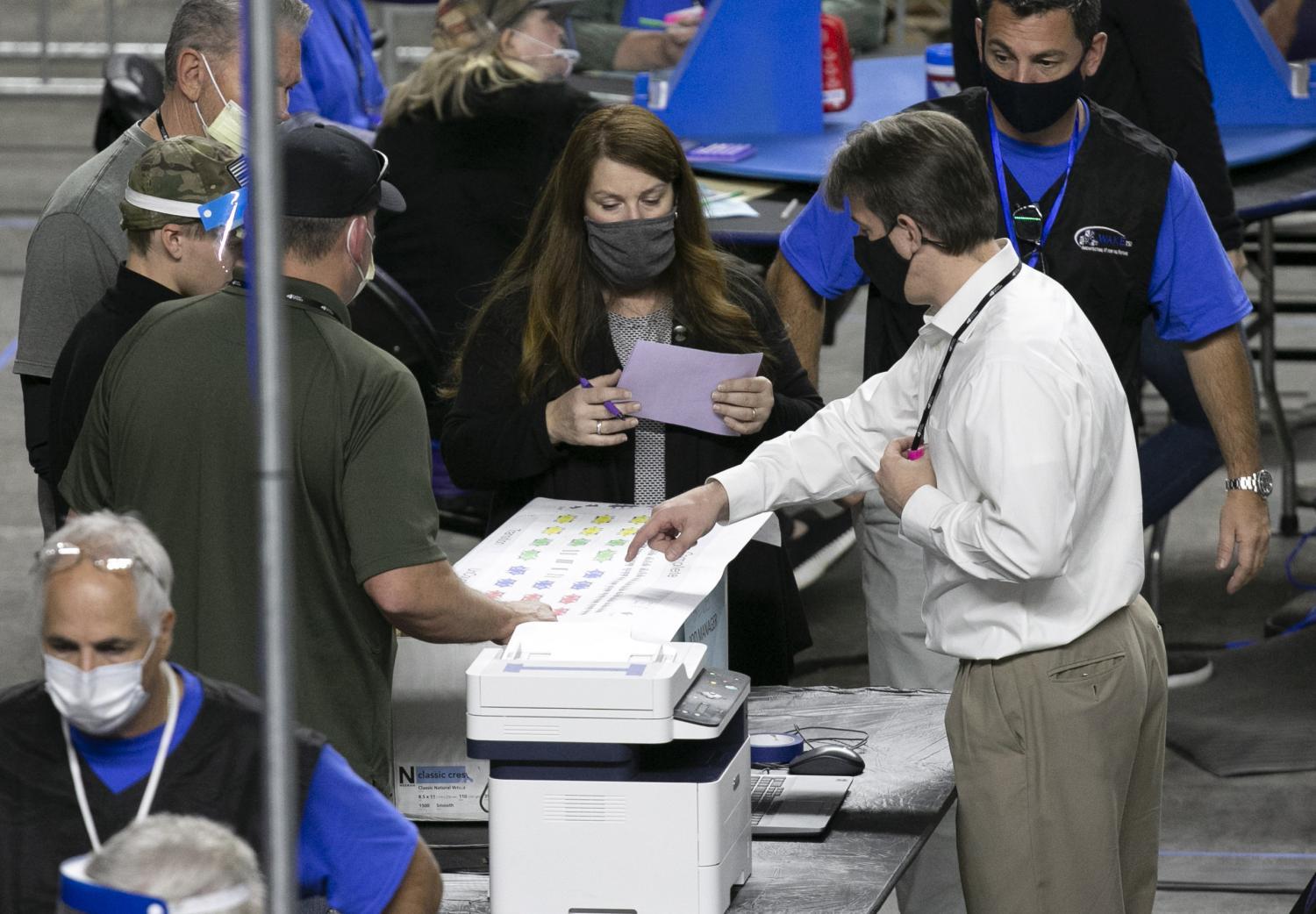 David Wallace/Arizona Republic/Pool
Cyber Ninjas CEO Doug Logan (right) talks, with others on the Coliseum floor as Maricopa County ballots from the 2020 general election are examined and recounted by contractors at the Veterans Memorial Coliseum in Phoenix on May 24, 2021.

It’s unclear why Wake TSI chose to abandon the process mid-recount, other than the fact that contractually, they were no longer obligated to work. Pullen said it was a personal decision made by Wake TSI executives, and suggested it may have had something to do with health concerns, or the wear and tear of living and working in Arizona for roughly a month.

Officials at Wake TSI could not be reached for comment.