After Disruptions, Scottsdale Unified School District Plans To Hold Next Board Meeting Online For Safety 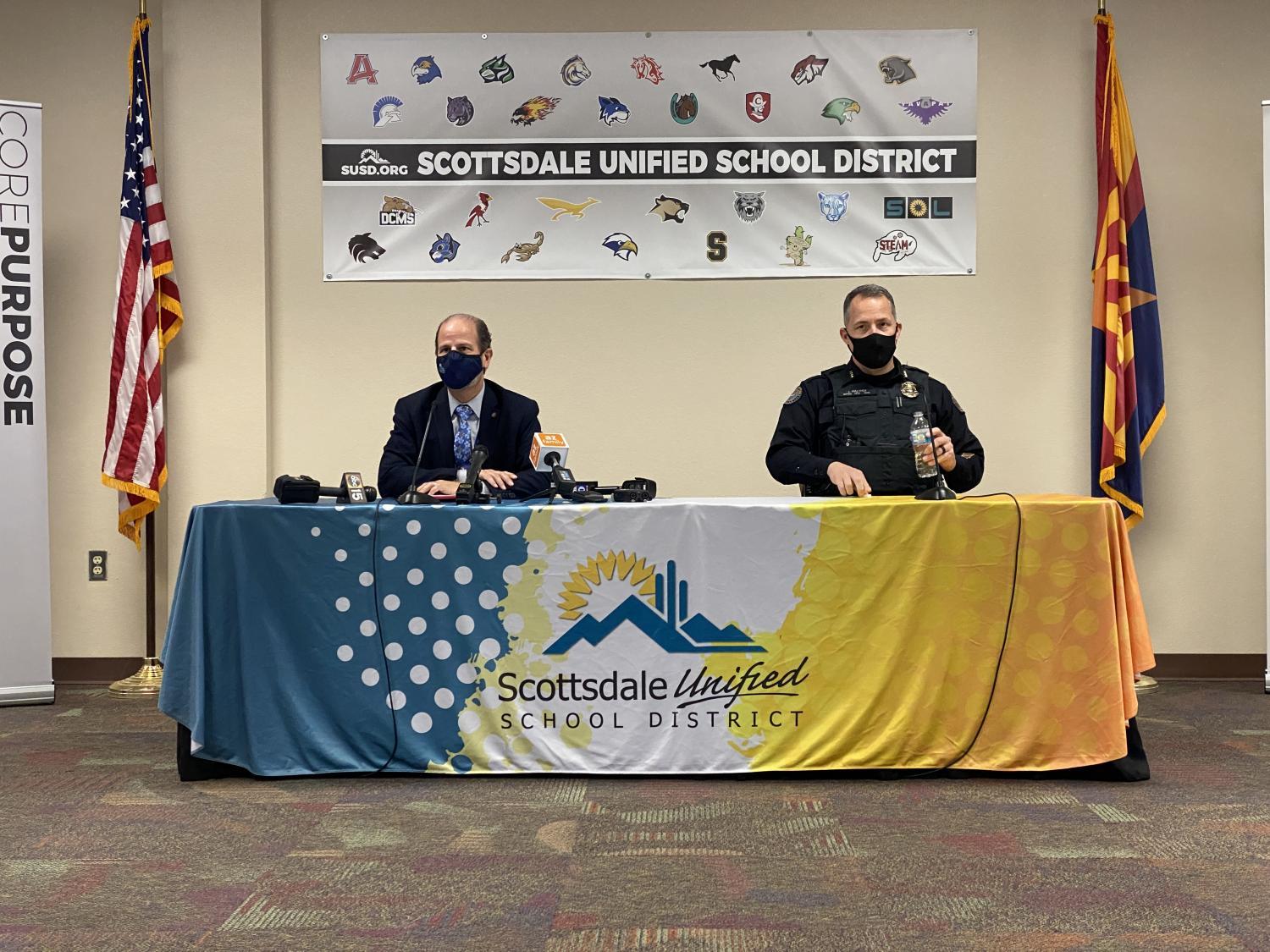 Rocio Hernandez/KJZZ
The Scottsdale Unified School District and the Scottsdale Police Department held a press conference on May 21, 2021, to discuss disruptions at a recent SUSD school board meeting.

After the Scottsdale Unified School District’s governing board meeting was cut short this week by agitators upset about face-mask requirements, and unsubstantiated rumors about other district policies, it plans to meet again Monday, but will do so online for safety reasons.

"The district wants to hear from our parents," said Superintendent Scott Menzel in a Friday statement. "Diversity of thought and perspective in a public format that allows questions and concerns to be raised has been a longstanding part of the governing board's regularly monthly meetings, even though we are not required to do so."

Individuals who had signed up for public comment at the May 18 meeting will have the opportunity to do at the board's Monday meeting at 6 p.m., Menzel said.

The online meeting was recommended by the Scottsdale Police Department given the online chatter they've seen before and since the May 18 meeting.

“There are a number of groups, some not affiliated at all with the Scottsdale Unified School District, who have put out their call to arms sort to speak of, ‘Hey let’s get as many people as we can, let’s disrupt the meeting, some comments about let’s make it a Vail-style meeting where we take over the meeting,'" said Scottsdale Police Chief Jeff Walther.

He adds that some individuals are considering the recessed meeting as victory, and are now calling to bring even more people, as many as 1,000, to the next board meeting.

Some people came to the meeting to call for an end to mask wearing at Scottsdale schools, and to protest what they believed were the district’s policies on COVID-19 vaccinations and critical race theory curriculum, Menzel said. He wants to set the record straight.

“The governing board and the district does not nor does it intend to mandate COVID-19 vaccines," he said.

The district has not adopted critical race theory as part of its curriculum, nor has its board ever discussed it, Menzel added. On face masks, he said the district is keeping masks in place through the end of the school year since not all students have had the opportunity to get vaccinated. That also follows recommendations from the CDC and the Maricopa County Department of Public Health. The district plans to make masks optional next school year.