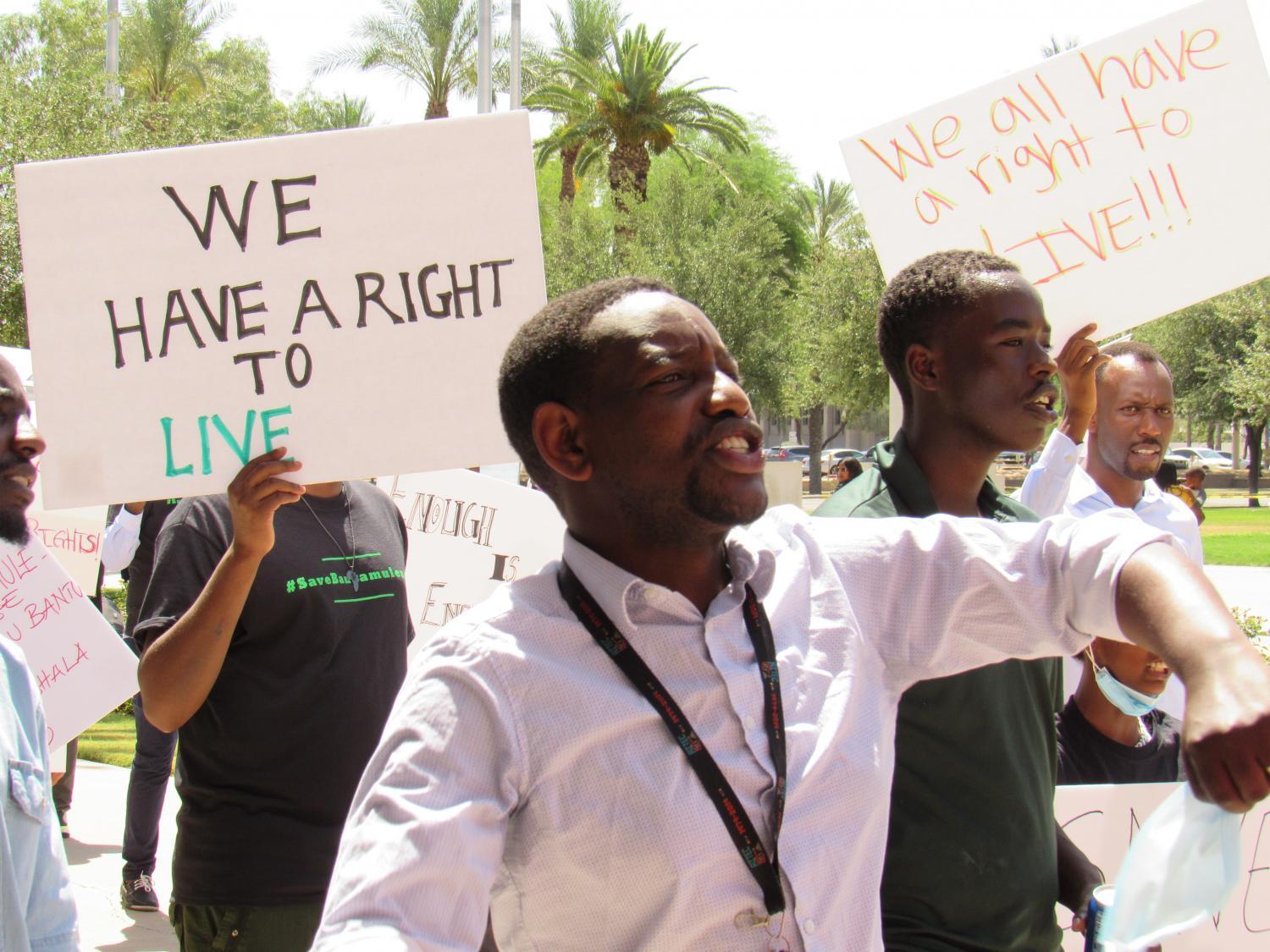 Matthew Casey/KJZZ
The Banyamulenge community in Arizona demanded an end to ethnic violence against group members who still live in the Democratic Republic of the Congo.

May 14 was a national day of action for members of a Congolese ethnic minority forced to start life over in the United States, and Phoenix was among cities where people called for an end to militia violence against group members still in Africa.

Children and adults from the Banyamulenge community in Phoenix filled the courtyard in front of the Arizona State Capitol on Friday morning, chanting for peace and justice. They held up poster-board messages for people in the house and senate buildings.

“We are here to ask America to help us to stop the Banyamulenge ethnic cleansing in eastern D.R. Congo,” Jolie Nabigondo told the crowd.

Nabigondo called for Congress to hold hearings on violence against Banyamulenge people, a travel ban on Congolese leaders who incite attacks on them, and for the U.S. to send help to thousands of displaced people in the eastern part of Congo.