Step Back In Time At The Mesa Typewriter Exchange 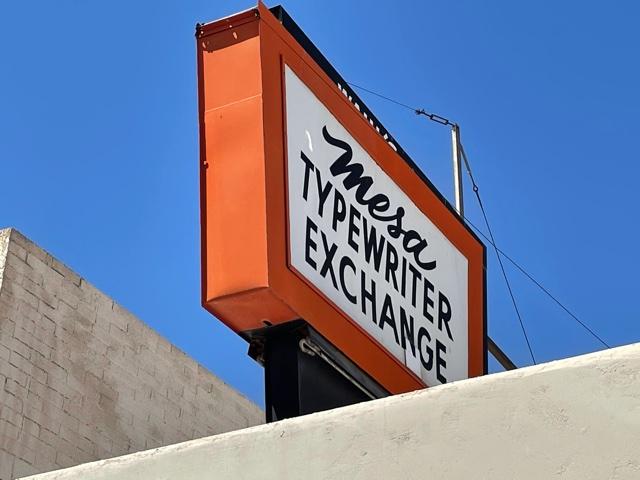 Step into the Mesa Typewriter Exchange and step back in time seven decades.

“This looks exactly how it looks when I used to come to downtown Mesa when I was young. It’s amazing that this place is still here all these years later.”

Jeff Hershauer is a longtime customer who over the years has developed a bit of typewriter addiction.

“It’s like any habit, right? You get into scotch, you want to try every distillery that ever made scotch. You get into guitars, there’s so many different [types]. And it’s exactly like that. I set to get one typewriter, found one online — a 1949 Smith Corona — and yada, yada, yada — 40-ish machines later, here I am,” said Hershauer.

“I want to use them. I don’t want to put them on the shelf, I want to actually use them," said Baedke, who is in it for the nostalgia. “I think an appreciation of the past is something that I get a lot out of it. This is something that you can enjoy the visuals regardless of what generation of typewriter you decide that appeals to you. You can still use it in the way it was manufactured to be used.”

The Typewriter Exchange is the perfect place to feed that habit. Bill Wahl’s father and grandfather opened it back in 1949 —  and he’s basically been in this shop all his life.

“Back in the '80s I was looking at my job working here and thought ‘I see the writing on the wall. I’m going to be doing this another 5-10 years, and then I’m going to have to retool and find something else to do.’” 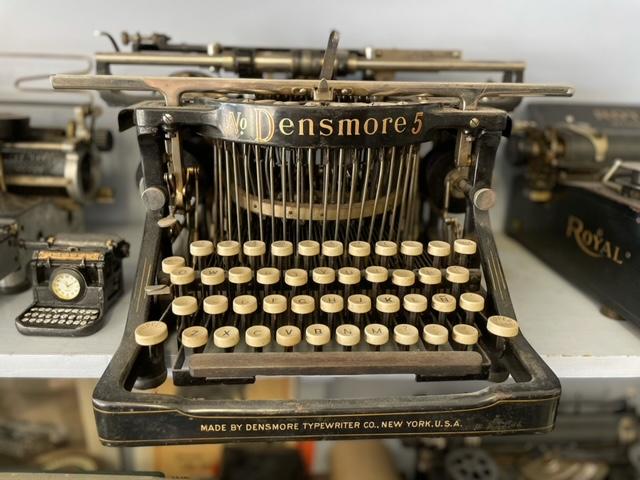 Phil Latzman/KJZZ
A Densmore No. 5 typewriter at Mesa Typewriter Exchange.

But just when he thought about closing up shop as computers took over, Wahl noticed a new generation of customers coming in — and a chance to continue the family business.

“I have businesses still using them for forms. I have younger people who want to write on them. They’ve never even seen a typewriter before, but they love the tactile feel of it, and the response — the immediate response they get on it ”

And it’s been decades since typewriters have been made.

“I can’t order new parts anymore, so a lot of them — there’s over 300 machines in here between that cabinet and there, and a lot of these machines I keep for parts. Others are part of my informal collection. But a lot of them are potential sale machines that will be fixed up and sold.”

Sold to people like Ted Munk, who prefers writing on them.

“I just loved watching the mechanics work. I love typing on them. I kind of freed up my mind to write in a different way.”

Munk types everything out, corrections, revisions and all — then scans and uploads the raw pages to his blog.

“There you can see all the mistakes I made, places where I went back and x-ed off stuff, you know my thought process is right there on the page. On a computer, you miss all that, cause you go back and you delete — and you lose all the things that you were thinking before.” 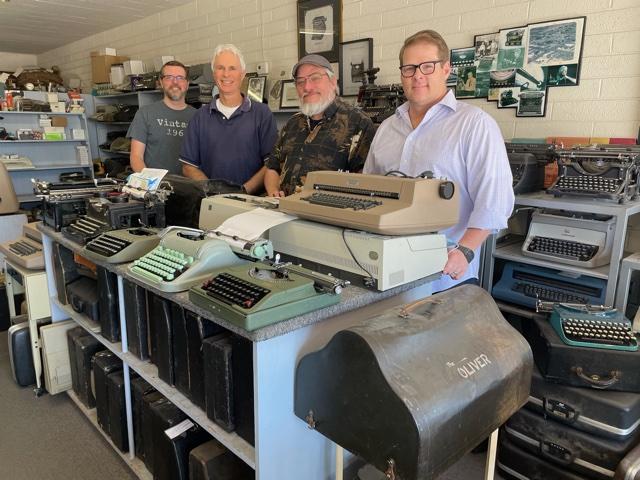 Bill Wahl says many of his modern customers prefer an analog option.

“The lack of distractions. I get so many people coming in and they say, ‘Look, I’ve been writing on my laptop and want to go to a typewriter, I’m tired of the distractions — I get constant notifications on email and this and that — I’m getting burned out looking at the screen, staring at the screen.’”

And there are plenty of choices from all different eras. Wahl’s typewriter shop looks more like a typewriter museum.

“Typewriters came out in the 1870s. I don’t have anything that dates quite that old — but [from the] early 1900s, I have machines from almost every decade in here,” Wahl said.

While so much of the Valley has changed in 70 years, there’s at least one place that seems much the same.