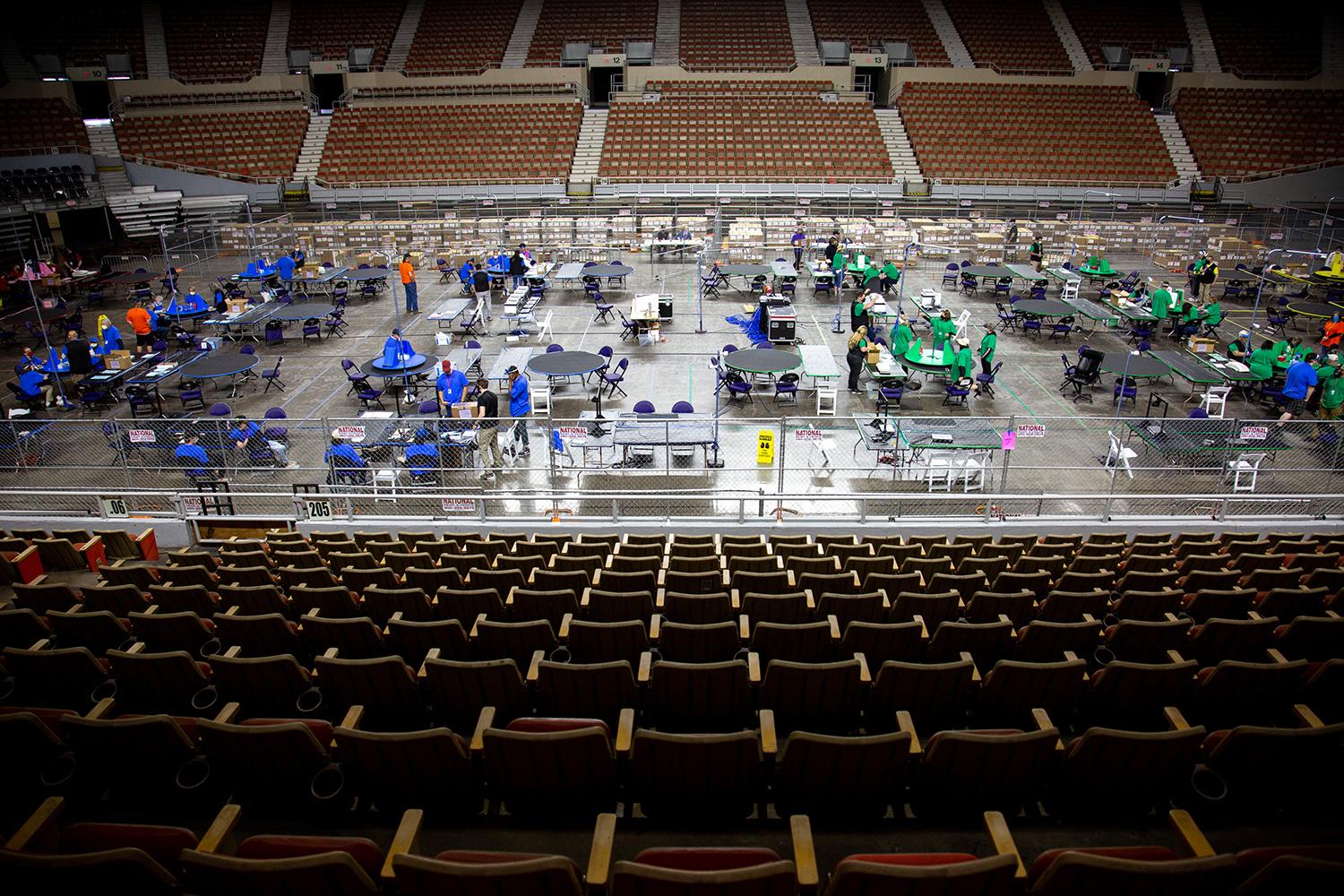 Courtney Pedroza/Getty Images/Pool
Contractors working for Cyber Ninjas, who were hired by the Arizona Senate, examine and recount ballots from the 2020 general election at Veterans Memorial Coliseum on May 1, 2021 in Phoenix.

Election experts say processes used to review and recount votes cast in Maricopa County are vastly different from standards used by election officials, casting doubt about the results of the review ordered by the Republican-led state Senate.

A team of election observers, working on behalf of Arizona Secretary of State Katie Hobbs, has spent the past week on the floor of Veterans Memorial Coliseum watching private firms hired by the Senate slowly recount votes cast for president and U.S. Senate in November.

Jennifer Morrell, a former election official and partner at The Elections Group, said the process they’ve seen is far from “normal.”

“It's really a sharp deviation from the practices performed by election professionals for handling, counting, accounting and auditing ballots,” Morrell said, “just like the professionals who conducted elections already and performed these hand count audits already in Maricopa County.”

Some of those deviations have drawn the attention of the U.S. Justice Department, which sent a letter to Senate President Karen Fann, R-Prescott, on Wednesday expressing concern that parts of the audit and recount may be in violation of federal law.

Ryan Macias, former director of certification and testing for the U.S. Election Assistance Commission, said specific concerns about the chain of custody of the nearly 2.1 million ballots are valid.

An attorney with the Justice Department’s Civil Rights Division wrote Wednesday they’re worried federal voting records — including those ballots — are no longer being stored and safeguarded by election officials, but were instead handed over to Cyber Ninjas, a Florida-based cybersecurity company. 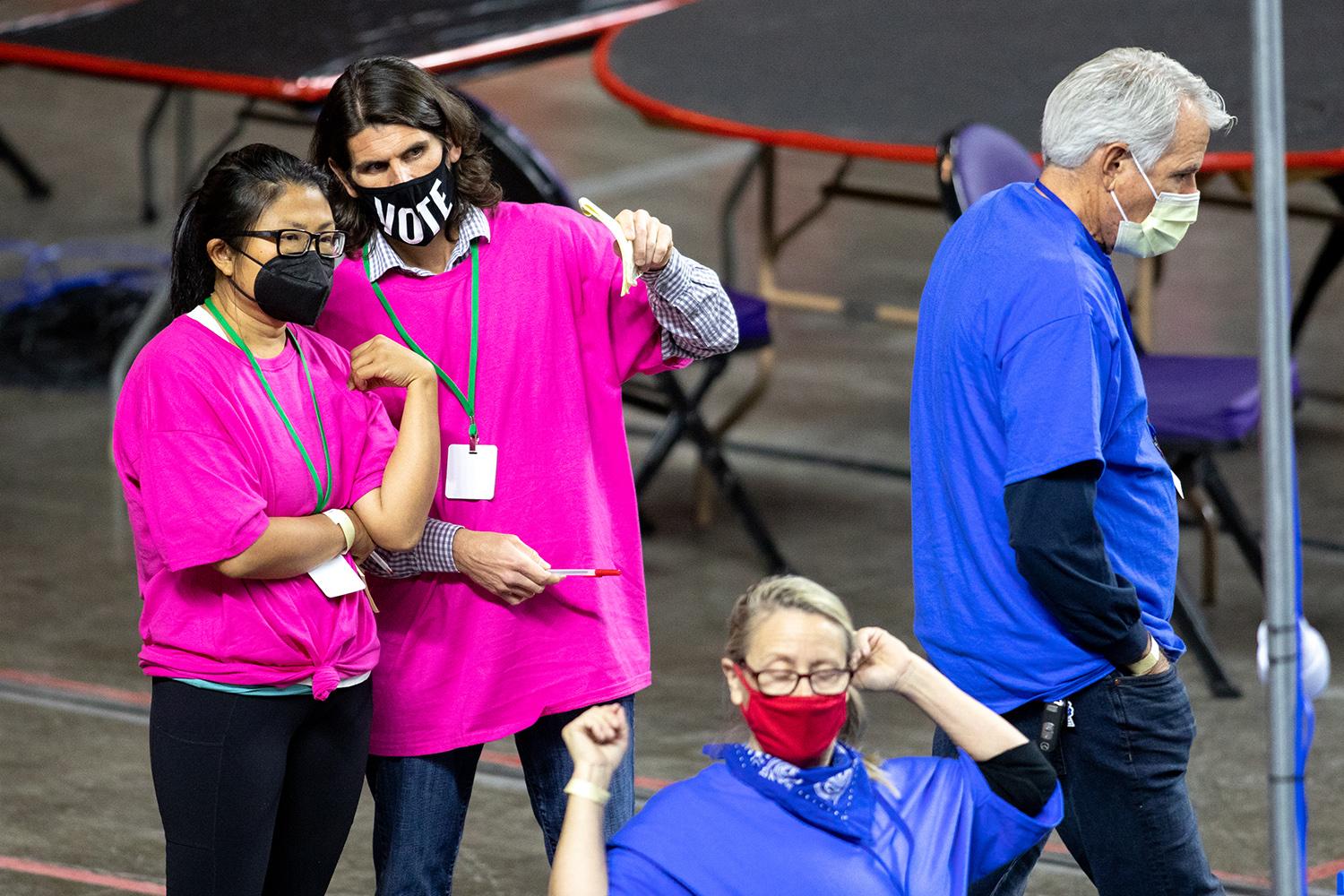 Hobbs said she’s concerned with the length of the process as well. Cyber Ninjas’ contract with Fann estimated the recount would take 20 days, but their work has fallen far behind that goal.

Critics say the firm is unqualified to review the 2020 election and point to social media posts by its CEO, Doug Logan, spreading conspiracies of stolen elections or fraud.

Now the auditors face a May 14 deadline to remove all equipment, election materials and ballots from the coliseum, and it’s unknown where those materials will be headed next.

“Every day that this exercise continues, I grow more concerned about what is happening and now it is entirely unclear what kind of timeframe in which they are trying to complete this audit,” Hobbs said.

Hobbs said she and other secretaries of state from around the country met with officials from the DOJ’s Civil Rights Division on Thursday morning, and is thankful the department weighed in on the review in its letter to Fann.

On national television appearances, Hobbs has been warning that the election review has become a lightning rod for Republicans loyal to former President Donald Trump and could be replicated elsewhere. Now, other secretaries of state are beginning to hear calls for Maricopa-style audits in their own states, Hobbs said Thursday. 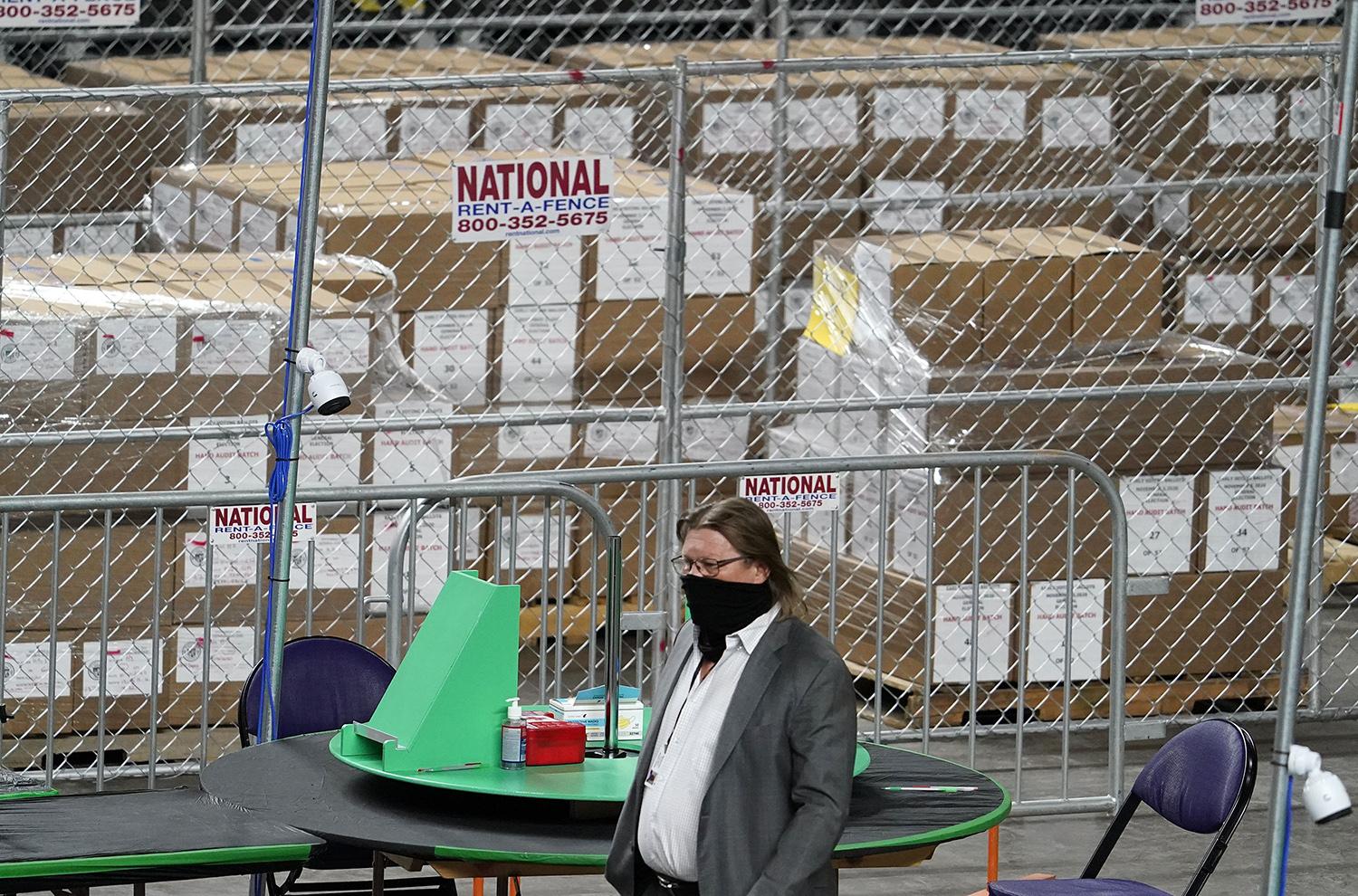 “This is really dangerous for our democracy,” she said. “And we think they're writing the playbook here to take this across the country.”

On Thursday afternoon, Bennett brushed aside the DOJ’s concerns, calling concerns with the chain of custody of the nearly 2.1 million ballots and security protocols at the coliseum “completely unfounded.”

The DOJ letter also raised concerns with plans to knock on doors asking voters about their registration and voting history, which could potentially violate laws against voter intimidation.

“If I have anything to do with it, there won’t be any voter intimidation,” Bennett said.

But when asked if Bennett would in fact have something to do with it, he could not say for certain. 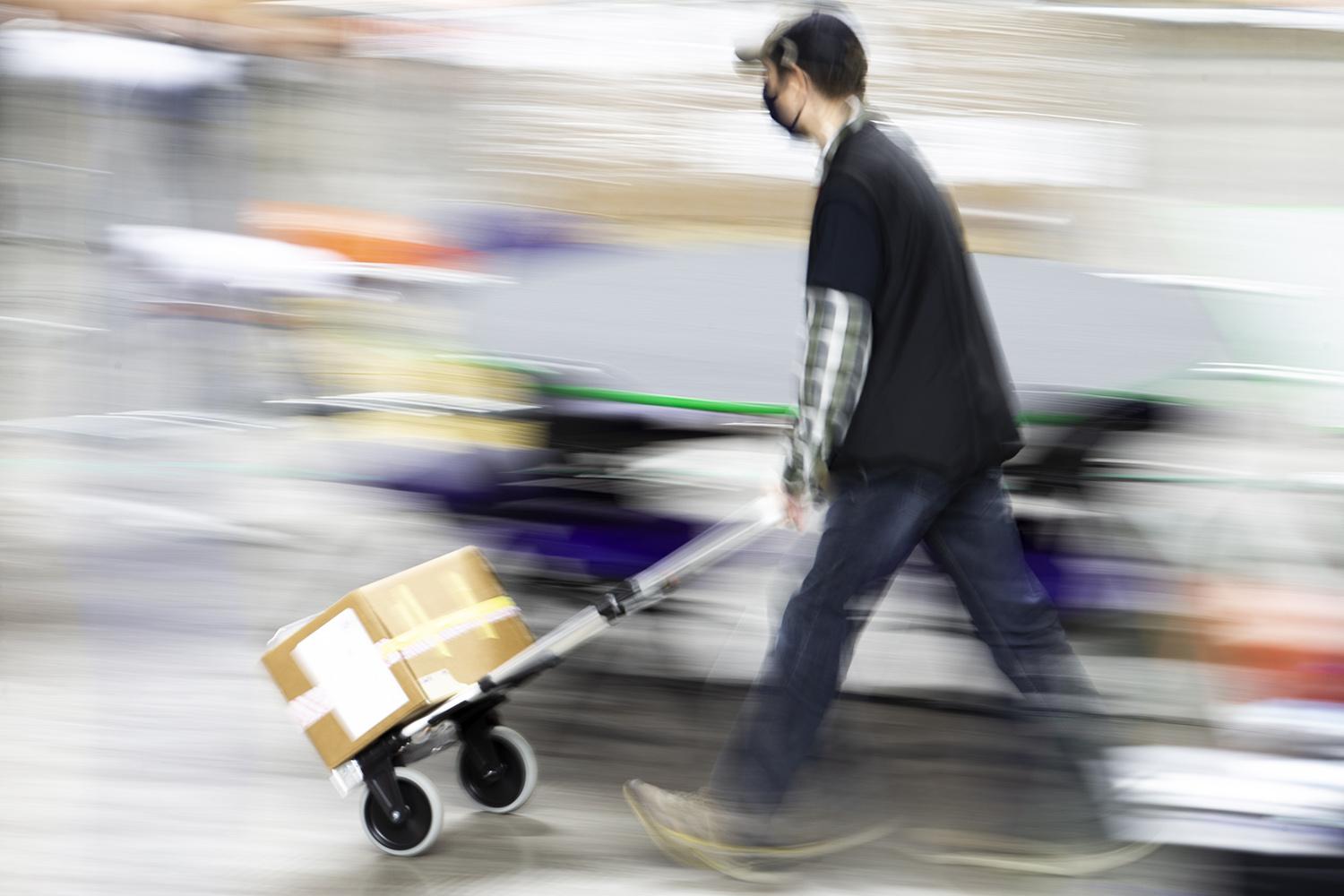 Thomas Hawthorne/Arizona Republic/Pool
Maricopa County ballots from the 2020 general election are examined and recounted by contractors hired by the Arizona senate at the Veterans Memorial Coliseum in Phoenix on April 30, 2021.