'Stronger': Cindy McCain Reflects On Life Alongside John, The State Of American Politics In New Autobiography 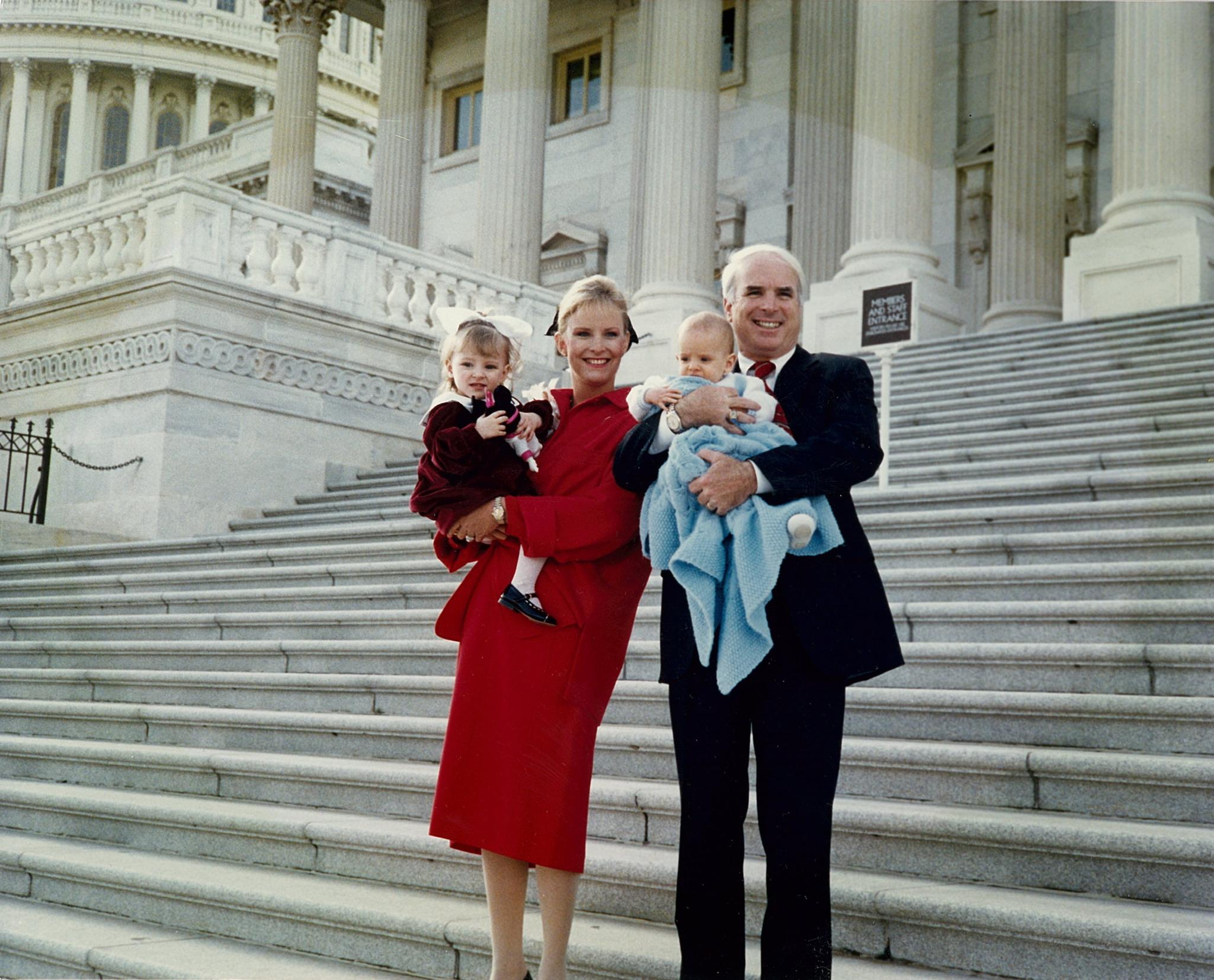 Cindy McCain
The McCains with their children on the Capitol steps.

Arizona’s late U.S. Sen. John McCain worked across the aisle with Democrats on huge issues like immigration and campaign finance reform and even wanted to choose Democratic colleague Joe Lieberman as his running mate on the 2008 presidential ticket. But McCain stuck with the Republican Party for his entire career.

Last fall, McCain's widow, Cindy — also a lifelong Republican — endorsed Joe Biden in the presidential race against Donald Trump. And she was given at least some of the credit for Biden becoming only the third Democratic presidential candidate to win in Arizona since World War II.

That's just one of the stories McCain tells in her new autobiography, "Stronger: Courage, Hope and Humor in My Life with John McCain." The book also offers insights on Sen. McCain’s two presidential runs and her own battles with addiction.

The Show spoke with her to learn more about how she navigated life amidst politics. 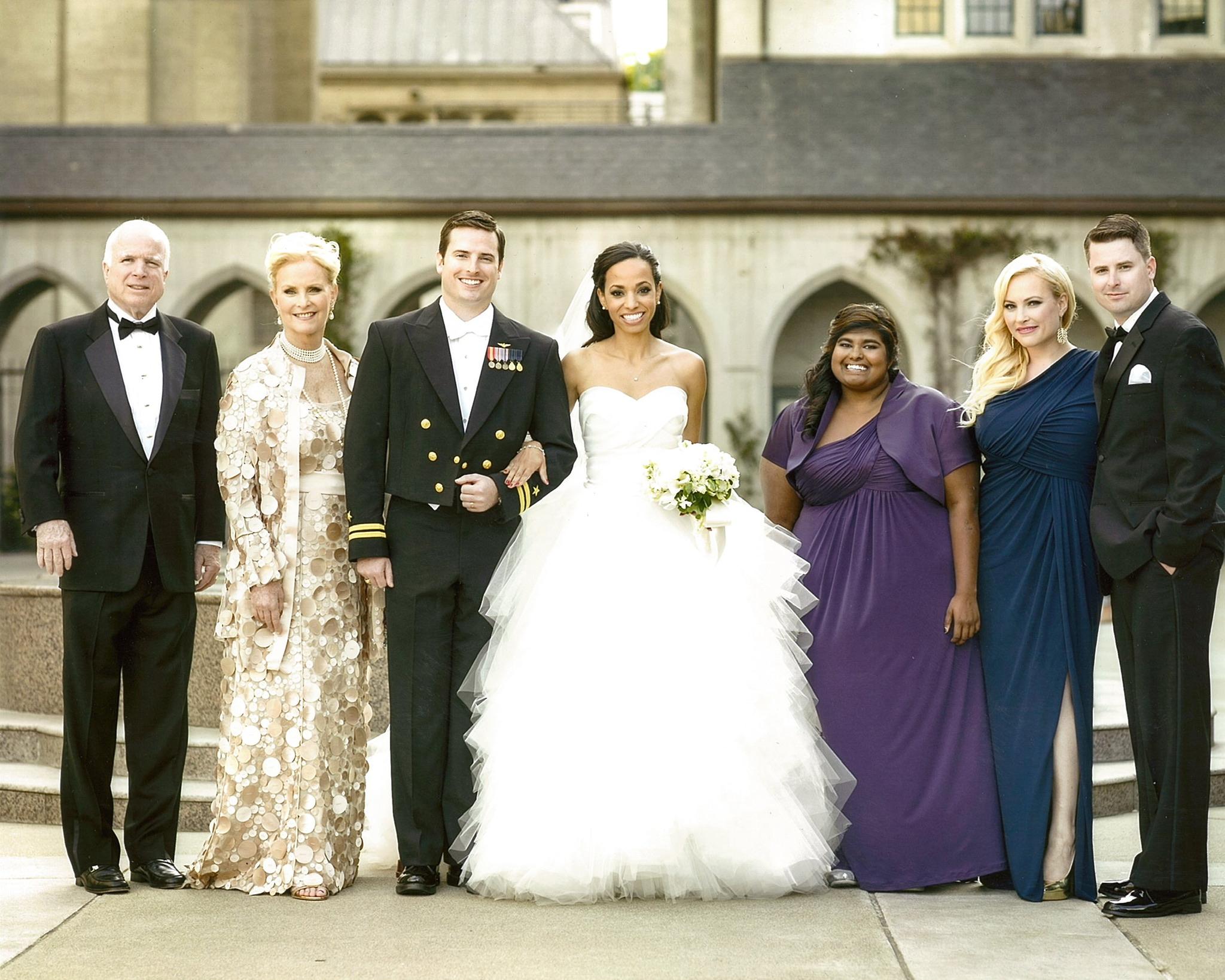 You were such an independent person before getting married, and then, I don't say this in a pejorative way, then you basically became sort of a politician's wife. How long did it take you to feel confident to emerge again as as your own person?

It took me a long time, and that's because ... I was very, very shy when I grew up and was growing up. And then when I went into this life with my husband, it was quite easy for me to stay behind and kind of be in the room, but be quiet and everything, as most politicians' wives did in those days. But I realized that so much of it was about me being insecure ... and being unable to really express myself and not because anyone was telling me not to — I don't mean to suggest that — but it was just for me, it was a huge learning curve on how to not only learn to respect yourself in all of this and that your opinions do matter, but also how to step out of it.

Many people believe that you had a huge impact in this last race in Joe Biden becoming president because Arizona had only voted for a Democratic presidential nominee twice since World War II. And you came out and did the endorsement. Can you talk about why?

It was because I did not like the way the country was going. I couldn't stand the incivility and the lack of empathy and the lack of kindness and the lack of bipartisanship. None of that existed at all. Instead, it was all about people being for me — me, myself, and I was what it was all about. And that simply is not the way things should be run. ... So I made the decision that I can either sit at home and yell at the television set or I could get up and do something. And I decided to endorse. ... It was something that I never thought I would ever be doing. ... It was something that ... never in past years had been my place to do that. It was always my husband that led the way on that. So for me to step out front and to actually endorse a presidential candidate and have an impact, which I did not expect, was very, for me, it was not just exciting, but it really made me feel like I made a difference in my country.

How much of your present, the future of your family is about showing your strength, your abilities, and how much, at least in public, is it about carrying on Sen. McCain's legacy of courage, bipartisanship, for example?

Well, my future, of course, is very much about carrying on his legacy and every aspect that he exhibited and the way he lived his life. And I do that not just because I think the country can benefit from it, but I do it for my family. My children and our grandchildren need this and should ... know who their grandfather was. And so I believe that not only will the young people of this country be able to learn from my husband's — the things he did and the mistakes he made. He was not a perfect person and he was the first one to admit it. But also to to make people understand that service to our country is a noble — it's a noble purpose. And that's something I think, that's in some ways what we've lost right now. And I know my children, I really want them to not just know it but never forget it.