Diamondbacks To Partner With Caesars For Chase Field Sportsbook 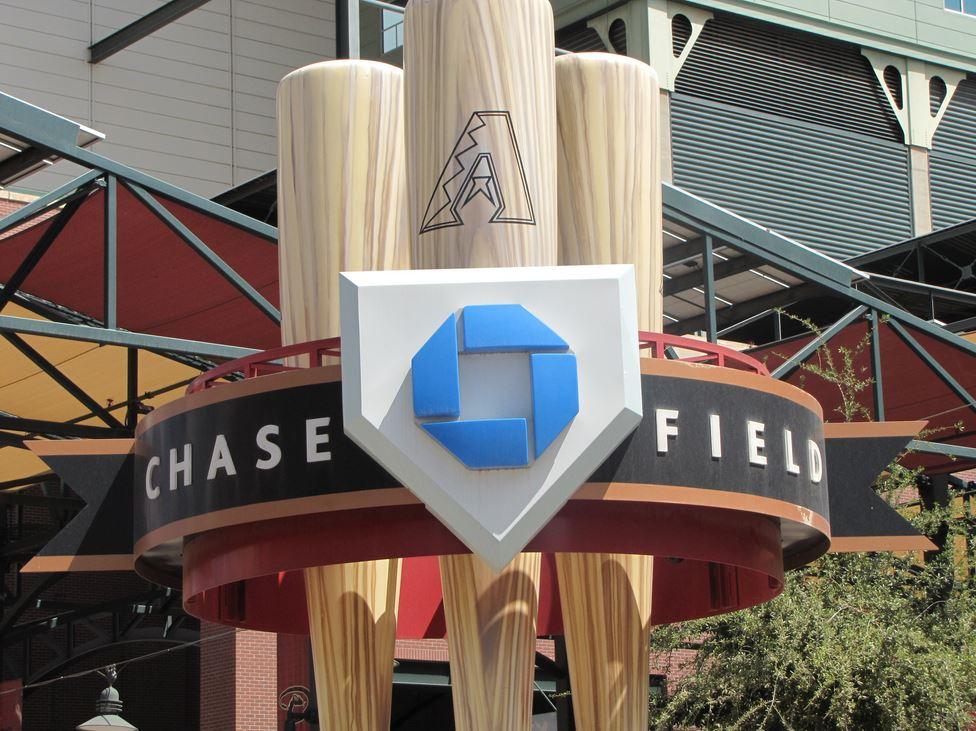 After Arizona approved the expansion of sports betting in the state last month, it didn’t take long for the Diamondbacks to get into the game. A Vegas-like sportsbook is coming to Chase Field.

In a 10-year-deal believed to be worth up to $70 million, the Diamondbacks will grant Caesars Entertainment exclusive rights to sports betting and fantasy sports that will allow construction of a sportsbook and bar adjacent to the stadium’s plaza, a site formerly known as Game 7 Grill.

Fans will be allowed to place their bets in person or through a mobile app, though Major League Baseball rules currently do not allow for wagering inside the stadium itself. It's expected to open by the end of the year.

Reno-based Caesars Entertainment also finalized a multiyear agreement with baseball to become the authorized gaming operator for the major leagues.

FanDuel previously announced it would open a year-round sportsbook at Phoenix Suns Arena, and Draft Kings said it would partner with the PGA Tour for one at the TPC Scottsdale.