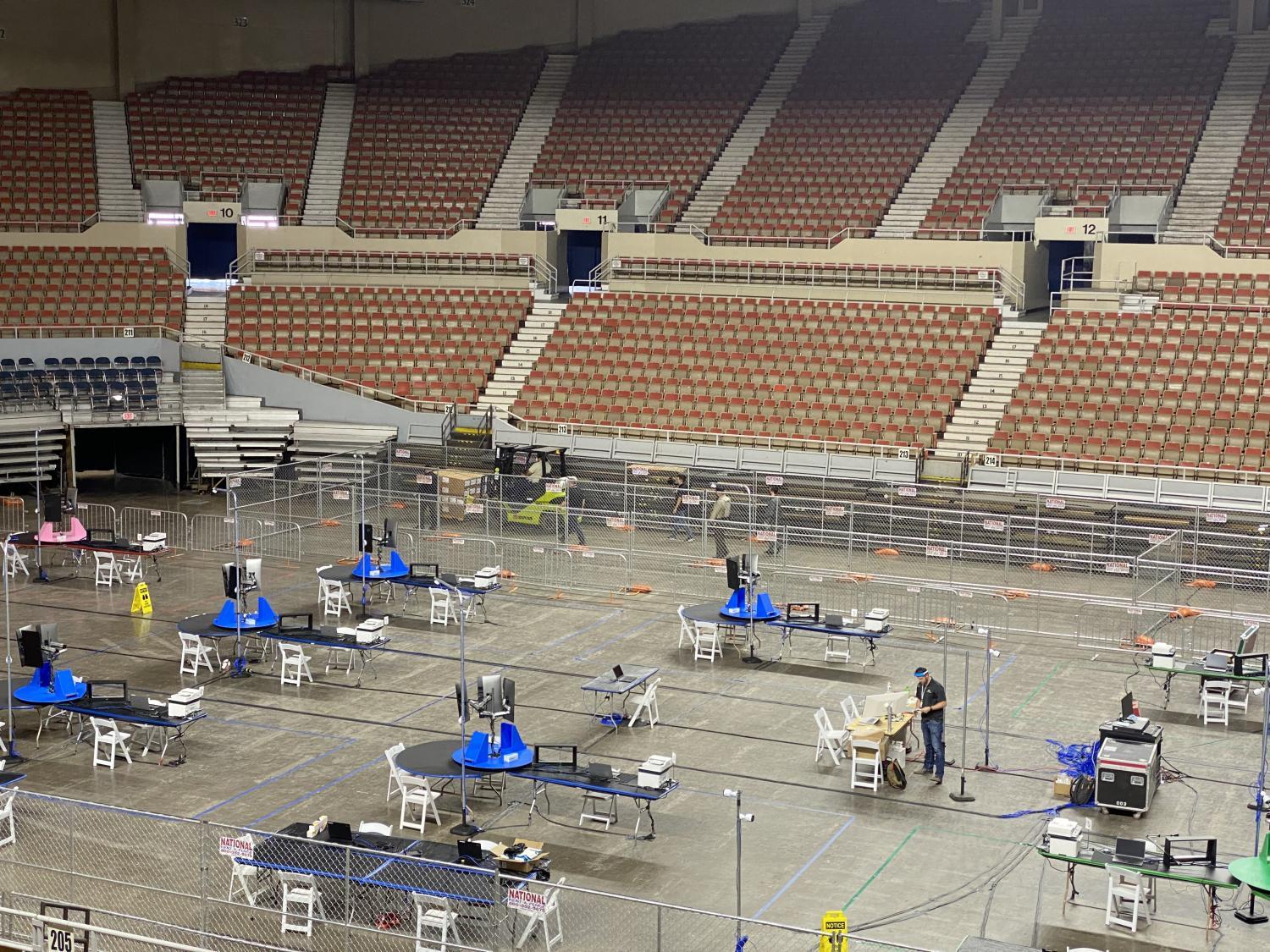 Ben Giles/KJZZ
The site of the Maricopa County ballot audit at Veterans Memorial Coliseum in Phoenix on April 22, 2021.

The statement requests either state police or the National Guard be deployed to defend those counting ballots.

Arizona pollster Mike O’Neil of O’Neil Associates says security is needed at the coliseum, but not just to protect those counting the votes.

“Well, they do need security around it, but security also means to keep an eye on everybody, including the guys that are counting the votes,” said O’Neil.

Trump’s statement ends with, “Gov. Ducey must finally act,” and O’Neil says this may be a veiled criticism of Ducey’s handling of the 2020 election.