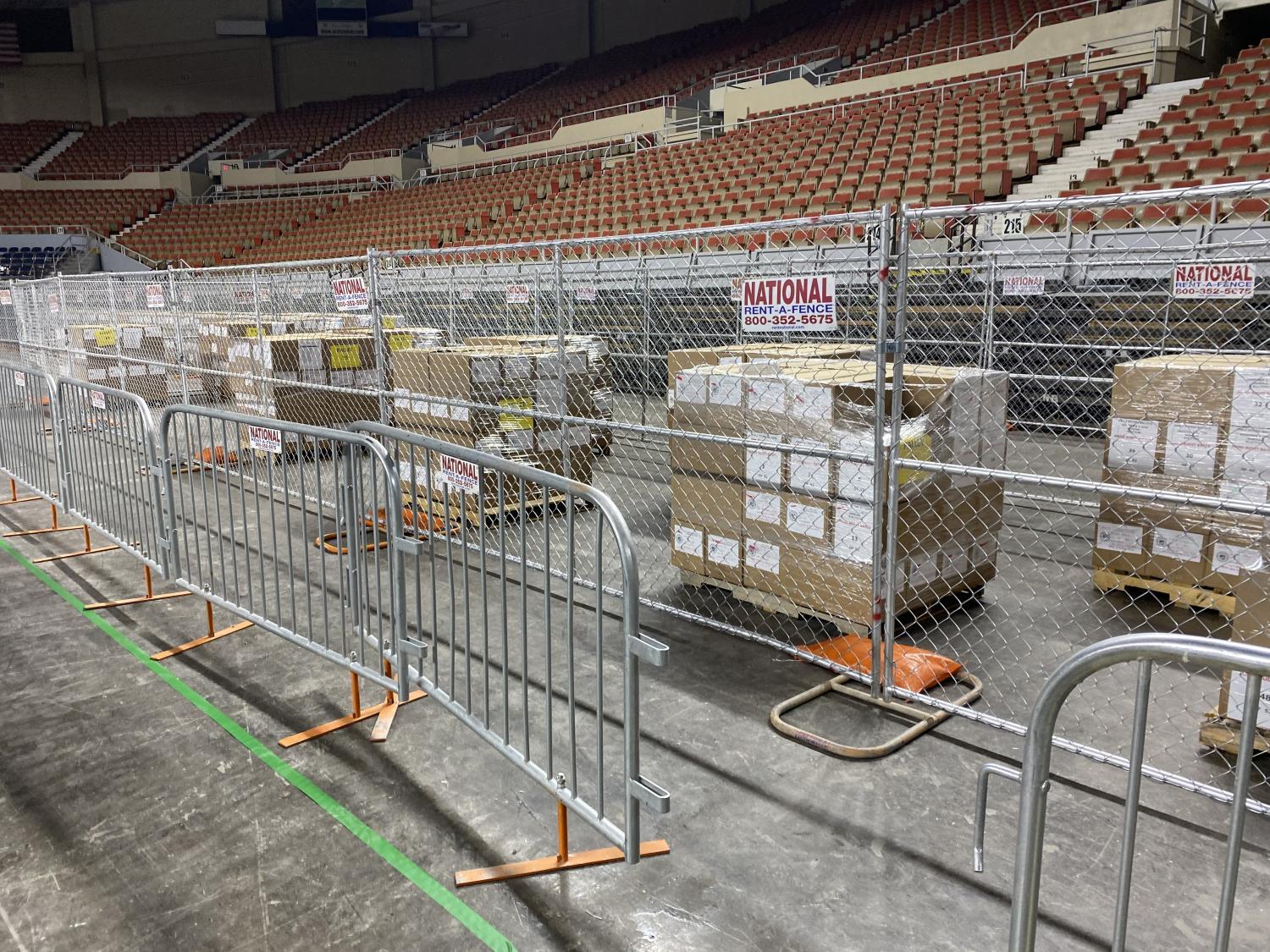 A judge ordered a brief halt to the Arizona state Senate’s audit of Maricopa County’s recent election, citing concerns that a private firm hired by Republican lawmakers may not be following state law and election procedures while conducting its review.

The judge made his order contingent on the Arizona Democratic Party, which filed a complaint asking the court to stop the audit, posting a $1 million bond. The judge deemed the amount necessary to protect the auditors from any financial harm while the audit was put on hold.

Roopali Desai, an attorney for the Democratic Party, told KJZZ the party won’t post the bond.

Desai noted Coury’s other orders remain in effect — particularly, demands for the audit to “fully comply” with all aspects of Arizona law. Coury specifically cited laws regarding the confidentiality of voter information and the constitutional right to a secret ballot.

“Very important is the portion of his order that requires the defendant to come to the court with copies of every policy, every procedure, every rule and directive and training item that they have used to ensure that ballots and equipment will be secure and confidential, and that they are, in fact, complying with the law,” Desai said.

The order came as the Florida-based tech company Cyber Ninjas began the recount of the nearly 2.1 million ballots cast by Maricopa County voters in November.

The Democratic Party, as well as Maricopa County Supervisor Steve Gallardo, filed their complaint Thursday afternoon. They cited a litany of unknowns about the audit and recount process, which Senate President Karen Fann delegated to Cyber Ninjas.

On Thursday evening, Logan and Ken Bennett, a former Arizona secretary of state and liaison between Cyber Ninjas and the state Senate, answered some questions about their audit. But they refused to answer, or professed they didn’t know the answer to, many other basic questions about the auditing and recount process.

Logan pledged a transparent, bulletproof audit and hand recount of Maricopa County votes cast for president and the U.S. Senate race -- races that were both won by Democrats in Arizona.

Logan said it would take too long to investigate other down ballot races, many of which were won by Republicans.

“We'll know who was at the table (counting ballots). We'll know when it happened. And we'll know that entire process. So it's full accountability over everything,” Logan said, speaking to reporters for the first time since Senate President Karen Fann announced she’d hired Cyber Ninjas to conduct the Republicans’ election review. “It's really, really important to us that we have integrity in the way this count is done, and the results that come out of it. And it's really important to us that there's full transparency in everything that we're doing.”

But Logan stonewalled reporters asking questions, such as who’s paying for Cyber Ninjas’ work; the political affiliations of those hired to conduct the hand recount; and what neighborhoods his team will canvas to ask Arizonans if they voted.

What is known about the audit and recount is already concerning to voting rights organizations and election experts.

The review is being conducted on behalf of Senate Republicans, many of whom have stated publicly they believe Arizona’s election was rife with fraud. Now they’ve delegated responsibility for the review — meaning possession of more than 2 million ballots, nearly 400 tabulation machines and 11 gigabytes of election system data — to a company run by Logan, who’s promoted unfounded allegations of election fraud since November 3.

Logan repeatedly defended his intentions and integrity while arguing that his own personal beliefs, or those of anyone else working for his team, are irrelevant.

Also irrelevant to Logan and Bennett — who’s footing the bill.

His contract with the Senate pays only $150,000. Logan acknowledged that sum is being supplemented by private donations made directly to Cyber Ninjas, but claimed he has no knowledge of the source.

“I don’t even know,” he said. “I have purposefully made it so that other individuals are arranging that. So I don’t know.”

“Shouldn’t you have that information, though?” one reporter asked.

“I don’t know” was a common answer from Logan, who silently shrugged his way through many questions or let Bennett defend the process.

The issue of cost came up again in court on Friday, when an attorney for Cyber Ninjas told a judge it cost the firm several hundreds of thousands dollars to have their work delayed over the weekend. That’s why Coury required a $1 million bond for his order delaying the audit from 5 p.m. Friday to noon Monday to take effect.

Desai said the amount was prohibitively expensive, and didn’t make sense given the size of the contract Logan signed with Fann.

Attorneys for Cyber Ninjas and Senate Republicans argued against the work stoppage, claiming legislative immunity for senators extended to the firm.

Kory Langhofer, the Senate’s private attorney, also said the court has no business telling lawmakers how to conduct their review of the election. But Coury determined concerns about ballot security and voter confidentiality were a prevailing concern, and needed to be considered further at a hearing on Monday morning.

The judge also said he does not intend to fully stop the audit, as the Democratic Party asked.

“Let me be very clear: The audit will proceed,” Coury said.

Left unclear is what oversight there’ll be of the audit going forward. Bennett confirmed Thursday evening the media will be barred from observing the audit and recount process — a departure from policies for similar work if it was being done by the Maricopa County Elections Department.

Instead, Bennett invited reporters to actively participate in the process by volunteering for six-hour shifts as observers to oversee the recount inside Veterans Memorial Coliseum at the Arizona Fairgrounds.

As of Thursday evening, most observers who’ve volunteered — about 70% — are Republicans, Bennett said, with the remainder a mixture of Democrats, Libertarians and independents.

A reporter for the Arizona Republic took Bennett up on that offer Friday morning, and immediately noticed problems with the recount procedures. Blue pens were issued on the coliseum floor, and election procedures call for workers to exclusively use red pens while handling ballots — blue or black ink could be read as a voters’ mark on a ballot.

I noticed the counters had blue pens. Supposed to only have red when you’re around ballots since ballots can read black and blue ink.

Those blue pens the counters have could potentially be used to mark the ballots.

I pointed this out to Doug Logan with Cyber Ninjas...

Logan, after initially stating the blue ink was fine, later confirmed the reporter was right.

The episode provided a concrete example for Coury at the hearing. One of the judge’s orders specified that blue pens must be removed from the coliseum floor.