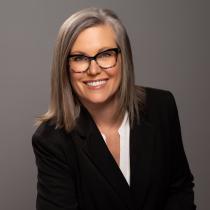 Arizona Secretary of State Katie Hobbs said Republican lawmakers are bucking the will of the people by proposing changes to the state’s popular Permanent Early Voting List.

Senate Bill 1485 was approved Tuesday on a party-line vote by House Republicans. It now awaits a final vote in the Senate, where it's expected to pass on Thursday.

On a conference call with Democratic Rep. Reginald Bolding and Tiffany Muller, president of the End Citizens United Action Fund, Hobbs accused Republicans of using misinformation and disinformation about the 2020 election to justify unnecessary changes to Arizona's elections — changes she said will make it harder to vote.

"It is extremely unfortunate that in the face of what was an extremely successful election in terms of historic voter participation and election security, that these politicians are using these tactics to further their own political agenda," Hobbs said.

Hobbs urged senators to reject the bill, and if not, for Republican Gov. Doug Ducey to veto it.

SB 1485 bill would remove voters from the early voting list if they don’t use their early ballot in any election for two consecutive two-year election cycles. More and more Arizonans are opting to automatically receive an early ballot by mail — nearly 80% in 2020.