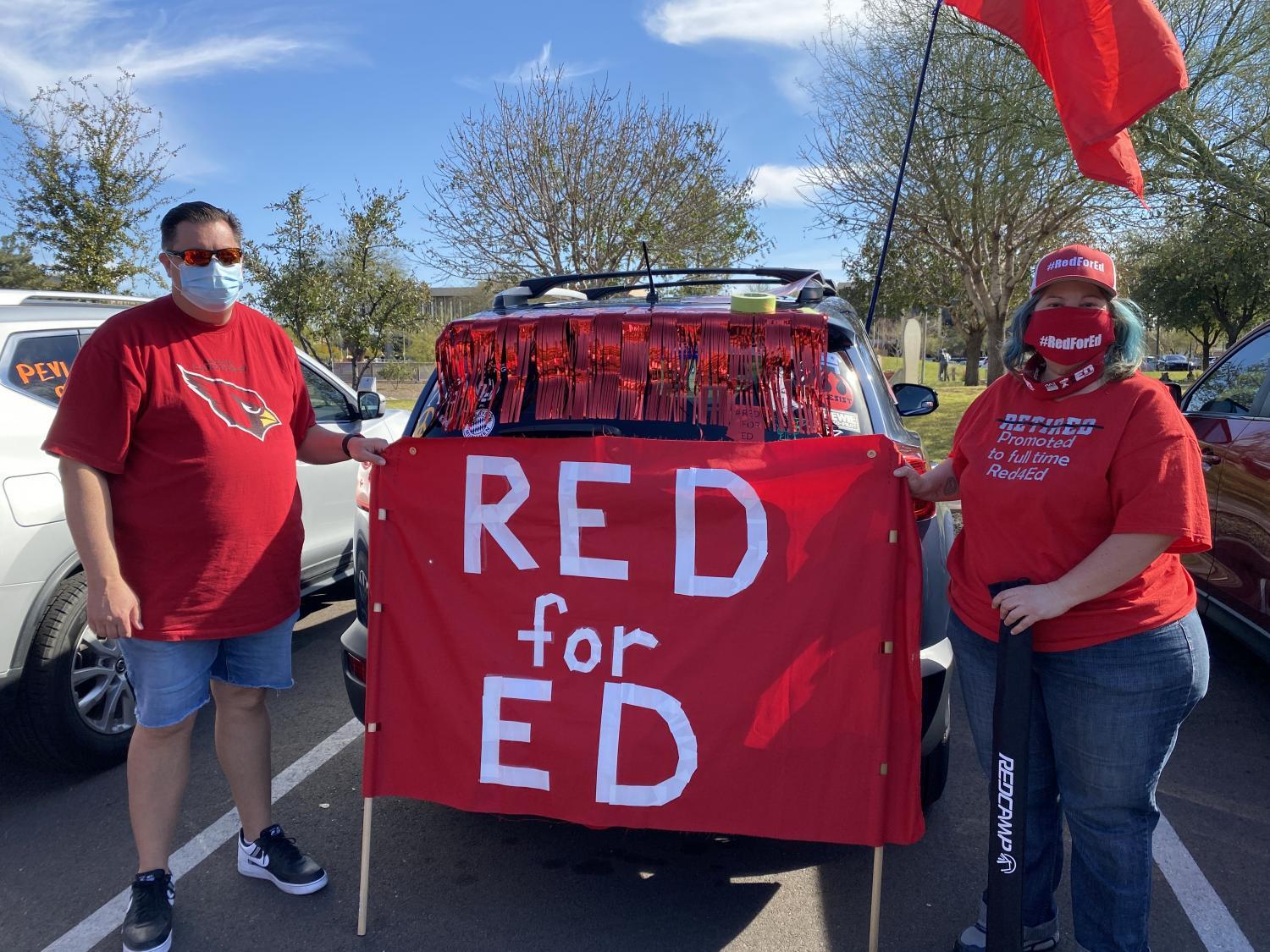 Rocio Hernandez / KJZZ
Teachers, parents and public education supporters gather at the Arizona Capitol on Wednesday to speak out against efforts they say will take away funding from schools.

Arizona teachers and parents took to the streets on Wednesday in a socially distanced motor march around the Capitol to voice their concerns on efforts they say threaten education funding.

They drove around the Capitol blaring their horns from inside cars painted with messages in support of the recently passed Proposition 208, which is expected to raise millions of dollars for Arizona schools, but a bill that would cut this revenue by as much as half is making its way through Legislature.

Hear Rocio Hernandez With Host Mark Brodie On The Show

High school teacher Jim Byrne came up from Tucson while classes out for spring break to speak against this and other efforts he believes undermines the will of voters. 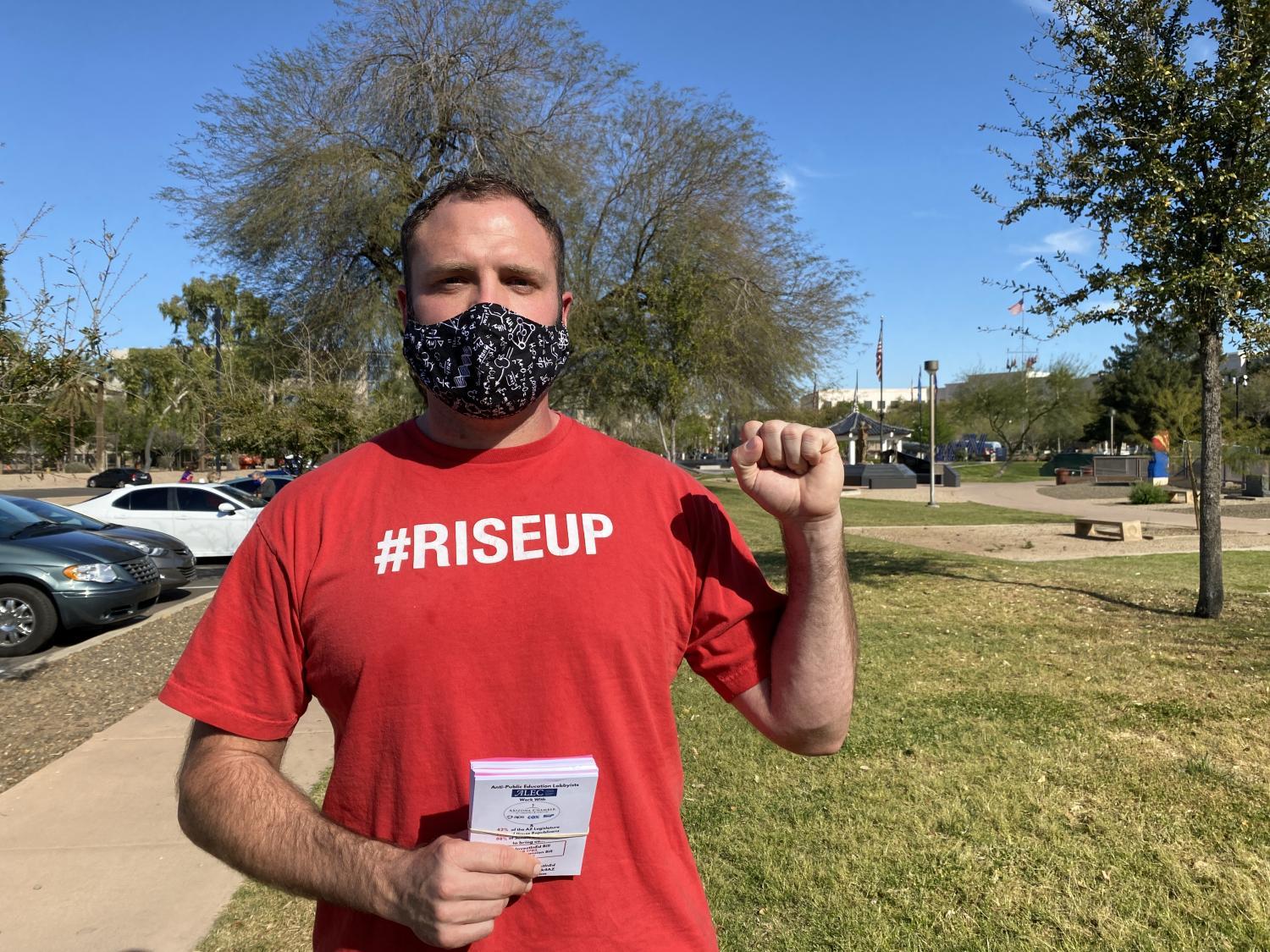 Rocio Hernandez / KJZZ
Tucson teacher Jim Byrne says school districts like his are counting on money from Proposition 208 to help attract and pay for much-needed teachers and reduce class sizes.

“We know they won’t stop until we stop them and that’s what we are here to do," Byrne said.

His district, Tucson Unified, can’t raise funds through property tax like some school districts in Maricopa County might be able to do, he said. So Byrne counting on revenue from Prop. 208 to help the district attract much needed certified teachers and reduce class sizes.

Asking lawmakers to provide additional funding to public schools is nothing new for Arizona teachers, said Joe Thomas, president of the Arizona Education Association, the state's largest teacher union. But what is new this year is that the state is currently sit on a billion dollar surplus, and the lawmakers are pushing three bills to expand school vouchers and have proposed tax cuts.

.@ArizonaEA President Joe Thomas rallies up his troops before they drive around the Capitol pic.twitter.com/We7QxJmslj

This was the second protest of its kind that teachers in the state have held this month.