Phoenix Women Turn To Airbnb, Making Up For Income Lost During Pandemic 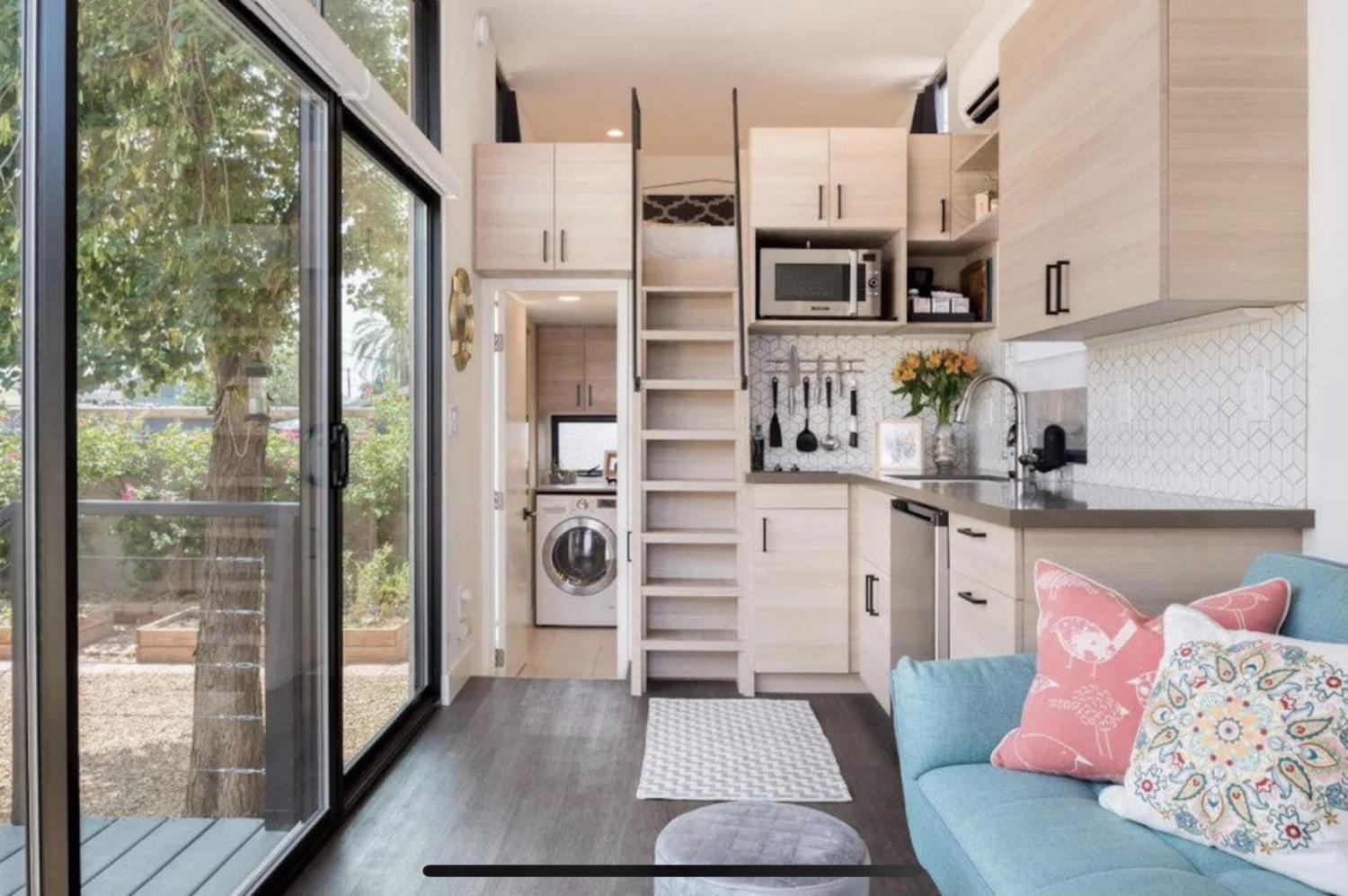 Airbnb
Phoenix mom Cassandra Cardenas offers up the tiny home in her backyard as an Airbnb rental to make extra money while staying at home with her kids.

The coronavirus pandemic caused people from all walks of life to lose their jobs over the past year, but women departed the workforce at a much higher rate than men. As of February 2021, nearly 3 million women had left the workforce since the same time in 2020.

Some of them are using the time at home to their advantage, earning an income through Airbnb hosting.

Liz DeBold Fusco is a communications lead for Airbnb.

“The Airbnb community is and truly has always been powered by women,” Fusco said. 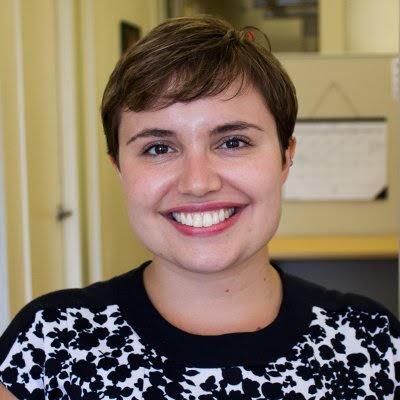 About 55% of the company’s 4 million hosts around the world are women, and many have become new hosts during the pandemic.

“The burdens and the sacrifices this pandemic has imposed have fallen disproportionately on [women’s] shoulders,” Fusco said.

Gender roles have changed over the years, and women are no longer as societally obligated to take on the brunt of the responsibilities that come with raising children. But when America’s classrooms shut down, women were often the ones staying home to help their kids with school.

In the Phoenix area alone, 54% of new Airbnb hosts — those who opened their homes over the past year — have been women. They’ve earned a collective $3.6 million in a time of economic uncertainty.

“What is appealing about hosting is that it can be flexible and can be a really vital source of income in a moment in which many families are in need of that,” Fusco said.

Phoenix host Cassandra Cardenas is just one example of that.

“I have a 5-year-old and a 3-year-old, and I’m super pregnant with my third,” Cardenas said.

She’s a professional classical singer, which worked well for her and her family because most of the obligations were on nights and weekends. But the pandemic canceled all of her performances and contracts.

“And that hit our income super hard, and then my kindergartner’s school suddenly closed in November so I had to be home with her for ‘iPad school’ as she calls it,” Cardenas said.

Luckily Cardenas’ husband was able to keep his job, but she still needed to boost their income with something flexible. That’s where the tiny house in their backyard came in handy.

“We were worried that bookings wouldn’t really be at the level that they had been [prior to the pandemic],” she said. “But actually, guests have been eager for little getaways to more safe and isolated, unique experiences away from a lot of other people.”

A lot of locals have booked the tiny house for staycations, birthdays and anniversaries. In fact, Cardenas said her tiny house is booked most nights with only a few days off here and there.

“The tiny house generates a net income of at least $2,000 a month, if not more,” she said. “It’s totally been vital. We had to dip into our savings for a while, but thankfully we’re coming out of it now with this opportunity.” 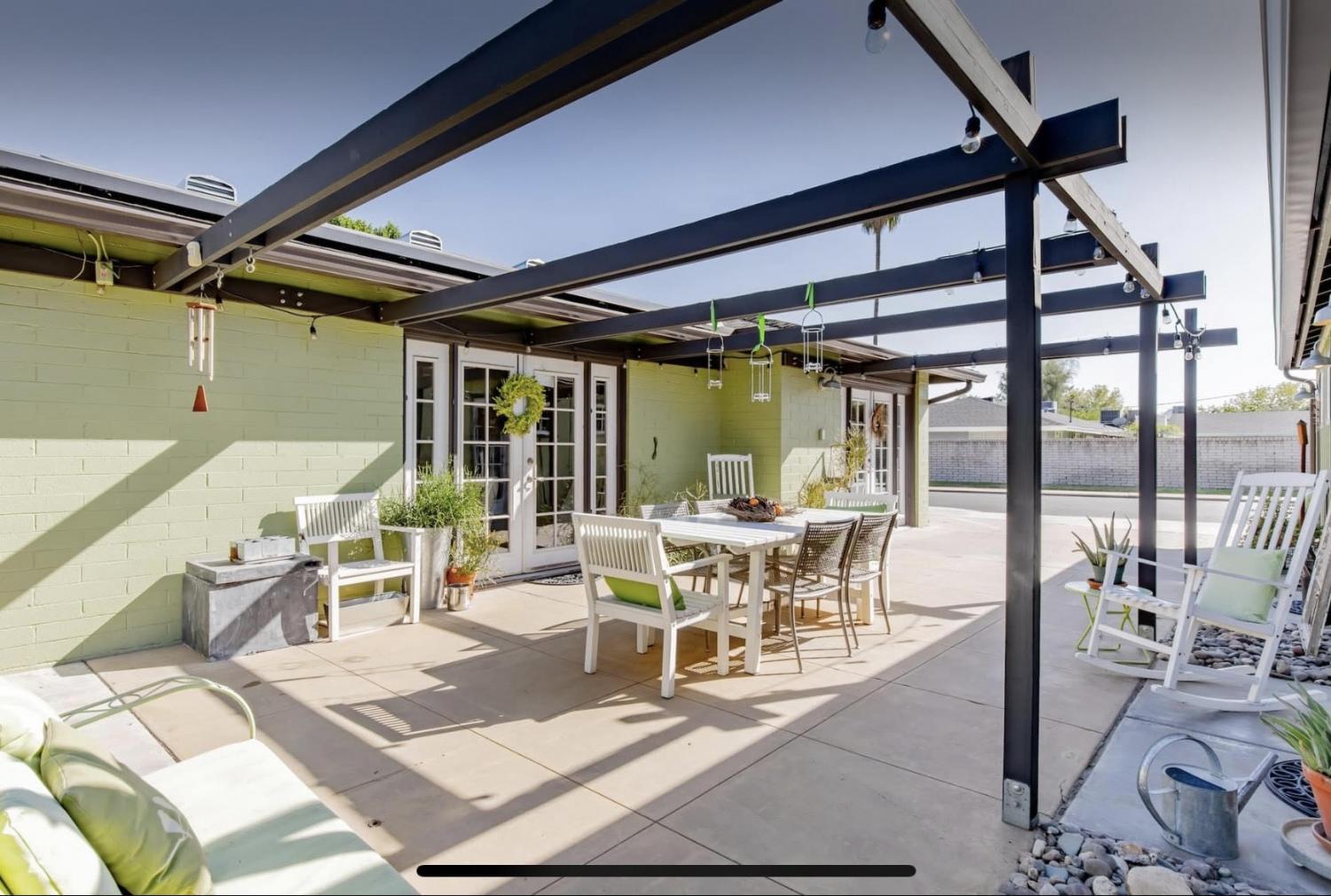 Sarah Carlblom also hosts an Airbnb space in Phoenix, but instead of a tiny home, it’s an urban greenhouse.

“We are environmentally conscious and we bring farm life to the center of the city,” Carlblom said. “We choose products that are chemical free, we recycle, we compost, we use solar energy. We also grow food in our backyard and we invite our guests to join us in the backyard, picking and eating from the garden.” 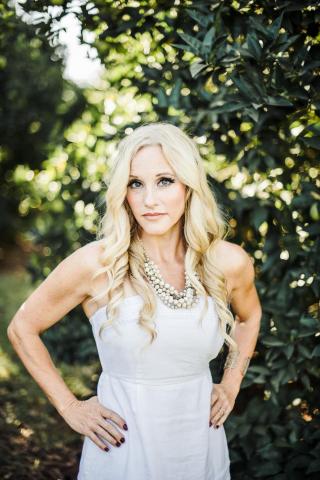 Carlblom has offered up the 500-square-foot guest house in her backyard to Airbnb guests for a few years now. But these days, many of the guests are taking advantage of the opportunity to work from wherever they want to, and choosing to do so in a nicer climate. But Carlblom does still get a few vacationers.

“A lot of people are coming from California, probably in part because it’s drivable,” Carlblom said. “But, also I think because the Arizona economy is more open, so they’re just looking to be able to enjoy going out to a restaurant or exploring a new environment.”

Carlblom has also seen more long-term bookings, instead of back-to-back short-term ones. Despite a couple tough months with few bookings, she says her Airbnb space has continued to provide a stable income and she recommends it to others.

“I think it’s a perfect business for anyone who’s having a hard time financially, trying to make ends meet, especially if you already have space available in your home or in your backyard that you can just make work for you.”

Carlblom has even mentored a few other women on the do’s and don’ts of hosting.

“[I tell them] how to keep it safe, especially if you have a family on property or you live on property,” Carlblom said. “The biggest thing that I have learned is just vetting my clientele very carefully.”

In the meantime, Cardenas said you might be giving someone else what they need as well.

“People say this isn’t just a place to stay. It’s an experience and the atmosphere is really relaxed,” she said. “That’s really our hope that people can feel kind of refreshed after being here.”

Bridget Dowd/KJZZ
Phoenix mom Cassandra Cardenas offers up the tiny home in her backyard as an Airbnb rental to make extra money while staying at home with her kids. 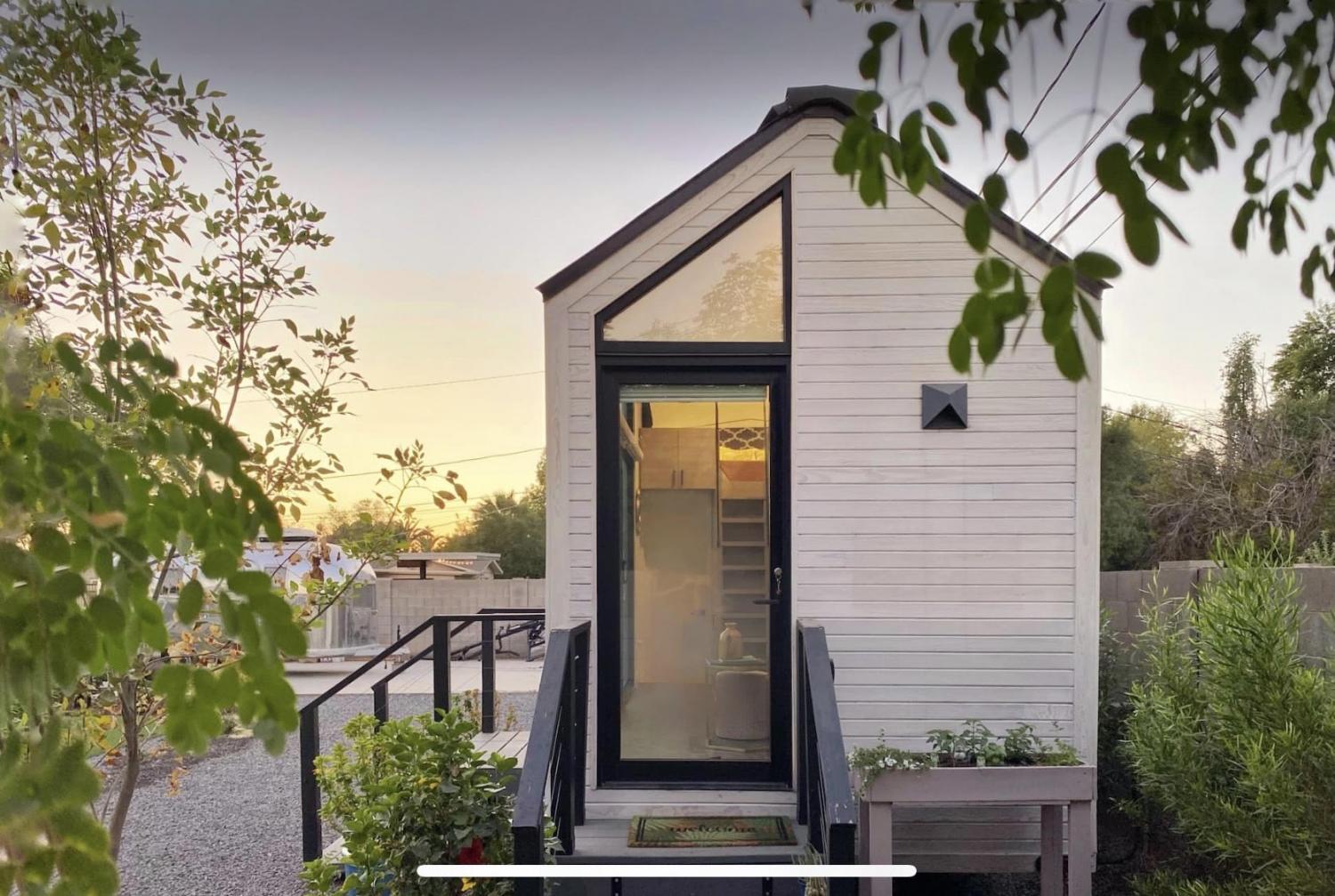 Airbnb
Phoenix mom Cassandra Cardenas offers up the tiny home in her backyard as an Airbnb rental to make extra money while staying at home with her kids. 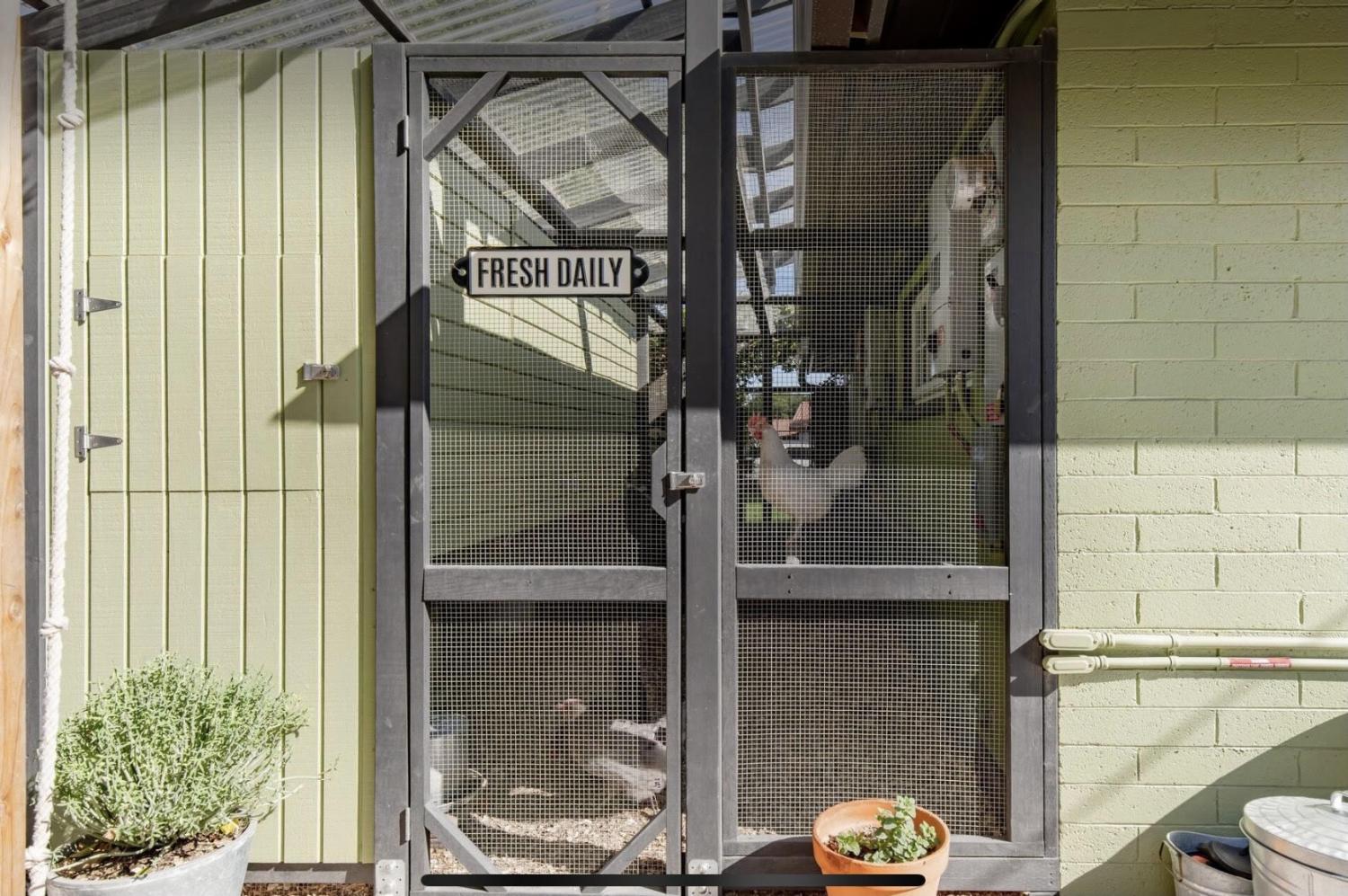