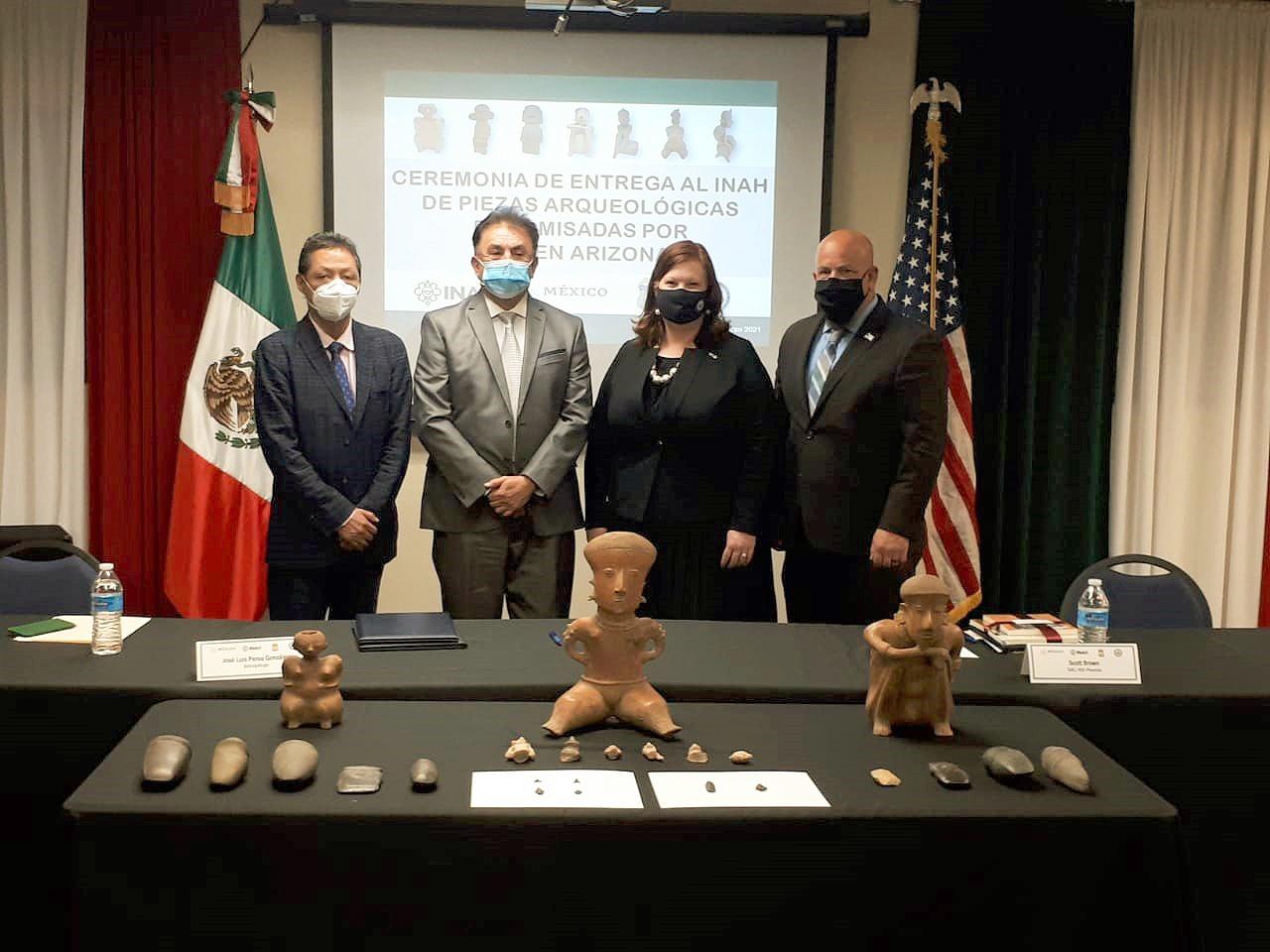 Mexican Government
Mexico and U.S. authorities met in Nogales, where the Department of Homeland Security returned archeological objects to Mexico.

Stealing important possessions from another nation and either putting them on display in museums or selling them in hidden markets and attempting to profit from them has been a part of history for centuries. And partnerships between countries — and their law enforcement teams — to retrieve those items has been a newer development, but one that can sometimes be fruitful.

That was indeed the case with a recent recovery by Homeland Security Investigations in Arizona, in which 277 pre-Columbian artifacts were reclaimed as part of the effort.

For more about how these items were recovered, The Show spoke with Lon Weigand, deputy special agent in charge of Homeland Security Investigations in Phoenix.