Commentary: Am I A Conditional American?

Since the beginning of the pandemic, advocacy groups estimate that anti-Asian violence has risen, with nearly 3,000 incidents reported across the country between March and December of 2020.

Last month, Glendale resident Juanito Falcon was attacked and later died of head injuries. He was an immigrant from the Philippines. Phoenix police have not said the incident was racially motivated. But Falcon’s family and advocates say they believe it was.

Anti-Asian sentiments are not new in America. The gold rush and railroad expansion projects in the mid-19th century led to the Chinese Exclusion Act of 1882 which was supposed to curb immigrants from China.

During World War II, roughly 120,000 Japanese-Americans were sent to internment camps in Arizona and across the U.S.

Cindy Lee was born and raised in the U.S. For most of her life, she’s seen herself as purely American. In her essay, “Am I A Conditional American?” she recounts her own experiences of discrimination. 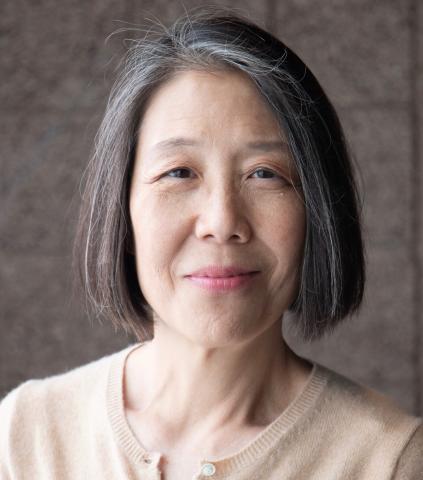 I stood in line outside of Target, masked, before 8 a.m. Others were ahead and behind me, socially distanced 6 feet apart, queued up alongside the building. A man holding a jacket walked toward me, heading to the end of the line. He saw me, jammed the jacket up into his face to cover his nose and mouth, then stomped away from me determined to create a wide berth.

I was at this Target in Scottsdale, Arizona, hoping to score a single container of disinfecting wipes. This was the early days of the COVID-19 emergency, and toilet paper and hand sanitizer had disappeared from stores.

This white man acted as though I were diseased. “Is he germ-phobic in general,” I wondered, “or is he reacting to my being Asian?” I turned around to watch him pass the others. He had dropped the jacket down again, carrying it at his side, moving closer to the line of people.

I was stunned. I am not the coronavirus. I am an American.

I was born in the United States to Korean parents who had come to America for their college education. My father had arrived in California in 1948, just after World War II. He experienced some anti-Japanese racism, but he overcame this. My parents married, became naturalized U.S. citizens, had children, and raised us here.

If you speak with an Asian accent, as my parents do, some people treat you like you’re deaf or stupid, or both. It was annoying to witness my parents being treated with disrespect, though it didn’t happen to me. People can tell from my voice that I’m American.

In a Korean American family like mine, you receive specific messaging at home: “Always do your best,” “I expect no less from you girls than I do from the boys,” “Give back to society” and “If you behave badly in public, you bring shame on the whole family.”

“The whole family? I’m just a kid,” I thought. But I understood what my father meant. He wanted us to do our Korean heritage proud, and he wanted us to be “good citizens.”

We followed all the rules an Asian family could embrace to become assimilated. My father chose modest homes in high property tax districts, so public education was the best in the area. We children excelled in school. We watched TV: “Bonanza,” “Rawhide,” “I Dream of Jeannie.” We got Domino’s Pizza and McDonald’s as a treat. We ate Betty Crocker’s Hamburger Helper — with rice.

We participated in community activities and did not get into trouble. I was a cheerleader in junior high and high school, and a volunteer candy-striper at our local hospital. I went door-to-door collecting sponsors each year to raise money for the “Walk for Mankind.” I grew up in white, suburban neighborhoods feeling comfortably American and inconspicuous.

This was sometimes called being “a banana” — yellow on the outside, white on the inside. But we are products of our environment. When you’re a kid, you don’t choose where you grow up. I was the only non-white kid in my third-grade class, though I never realized this until I was an adult, seeing the group class photo.

You don’t feel different if you’re not made to feel different. It just wasn’t in my psyche. As a kid in school, I didn’t visually see myself. My identity was defined by what my community looked like, but also their interactions with me. My family and I were the “model minority” living the American Dream.

There were hiccups, of course. The summer after my senior year of college, some friends and I had rented a house together in New Haven, Connecticut. We threw an outdoor barbecue party and invited other friends. I knew nothing about grilling—apparently, I did something wrong while trying to help. “No, you stupid Jap,” one of my housemates blurted. I was startled, speechless.

Rick was a tall, blond, handsome Yale student studying engineering. In a moment of unguarded frustration, this well-educated young man went for the racial slur. And I’m not even Japanese.

Periodically since then, I’ve been reminded that I’m seen as “other.” There’s the occasional well-intentioned comment from an elderly woman: “You speak English beautifully.”

Sometimes the reminder is more blatant. One day in the 1990s, my husband and I were arguing and I stormed out of our Los Angeles apartment. The Century City shopping mall with a movie theater was mere blocks away, so I planned to see a movie to get out and settle down.

As I waited on a corner for the light to change, a car pulled up. The front and back passenger windows rolled down, revealing a car full of young white men. The man in front uttered a version of, “Ah ching chong, ching chong.”

In 2009, my husband and I moved from New York to Arizona — specifically to Scottsdale, where the population of the city is about 88% white. I became an engaged member of my community, serving on the city of Scottsdale’s Historic Preservation Commission and participating in local action and activism.

Then the pandemic struck. By late March 2020, the coronavirus had taken our reality hostage, creating fear, anger and confusion. Some politicians and commentators began calling COVID-19 “the China Virus” or “Kung Flu,” including a Scottsdale City Council member who had voted yes on my city commission appointment.

The experience at Target forced me to rethink everything: A white man rudely covering his face and escaping from me because of my face, my race? Some things you can’t unsee or “unfeel.”

I thought of my sister, Angie, with her three sons, all minors, in the elevator of a hotel in Anaheim, California, in late February. The elevator doors had opened; a woman started to step in. She looked up, saw four Asian faces, hesitated and backed out.

I thought of my friend, Tony, who is Black. He and his white wife live in a residential neighborhood in Los Angeles. When Tony would stroll down the streets alone, people would not greet him, and sometimes they crossed the road. After he and his wife got a fluffy, friendly puppy last year, Tony said he never had so many people approach and engage him as when he took the dog out for a walk.

One day, Tony’s friend, a young Black man, came over; they went out together with the dog. People were wary of them as they walked along the streets. Tony remarked to me later: “Friendly puppy makes a Black man not scary. But two Black men together cancel out the cute dog.”

Tony wears pin-striped dress shirts when he goes out of the house so he looks less threatening, and more like he belongs there. After the Target episode with the man’s extreme reaction to my Asian face, I started wearing Scottsdale-mom-type clothes so I looked clean, more relatable, less foreign. I felt the need to wear a uniform to be less conspicuous, that somehow the familiar suburban clothes might restore me to model minority status instead of “Kung Flu” carrier of disease.

Since the COVID-19 pandemic began, news and social media have described thousands of anti-Asian hate crimes committed across the U.S. Immigration policies and attitudes became even more nativist. Breonna Taylor and George Floyd were killed by police, the latest victims in a relentless history of lethal, systemic racism. Black Lives Matter protests overwhelmingly seized our consciousness. White supremacists have taken up arms.

I now understand viscerally, not just intellectually, what it’s like to feel afraid for how I look, to worry about people reacting irrationally to my race, my ethnicity. It’s one thing to know it exists in the U.S. — I couldn’t live here, grow up during the civil rights movement of the ‘60s, live in Arizona, and not know it. It’s another thing to experience it firsthand, to really feel it.

As a child in school, I learned that settlers in the U.S. had killed Native Americans. I learned that the Japanese in America were interned after the bombing of Pearl Harbor. I thought, “We Americans did that.” We. I identified with U.S. history, even though my Korean ancestors had not been responsible. And when Neil Armstrong was the first person to step foot on the moon, saying, “That’s one small step for man, one giant leap for mankind,” I proudly felt as an American, “We did that.”

But, in practice, the truth is that “we” is not always we. My lived experience had not prepared me for this disillusionment and hurt.

At 64 years old, I’ve come to realize that my feeling of safety is conditional. My acceptance is conditional. My Americanness is conditional. The rules are not up to those of us who are “other.” Despite how we feel, who we are or what we’ve done, someone else gets to decide if we are dangerous, diseased or even American.

Cindy Lee is a graduate student at Arizona State University. Her essay “Am I A Conditional American?” was first published in the online magazine “Transformations.” Lee's commentary was produced for KJZZ by The Show's Kaely Monahan.