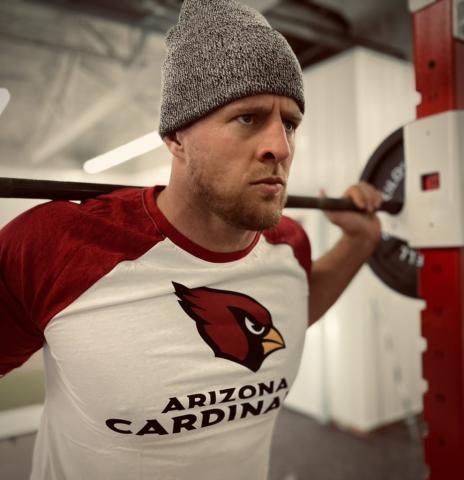 J.J. Watt
J.J. Watt announced he had signed with the Arizona Cardinals by posting this picture on Twitter with the words, "source: me."

The Arizona Cardinals have welcomed their new star player to the desert.

Defensive end J.J. Watt is officially on board and in town after agreeing to a two-year contract reportedly worth over $30 million.

The three-time NFL defensive player of the year has a new home here after being released by the rebuilding Houston Texans.

Watt is five-time pro bowler who is also former NFL “Man of The Year” for his humanitarian efforts, helping to raise more than $40 million in hurricane relief for the Houston area in 2017.

He was asked if he plans to continue his philanthropic efforts here in the Valley.

Watt says he already has something in the works with the Pat Tillman Foundation, the charity founded in the name of the former ASU and Cardinals star.

The soon-to-be 32-year-old Watt was asked how much he had left in the tank football wise — he responded simply "a whole lot."

a true honor to walk the same halls. pic.twitter.com/oIYI7Y9t5P