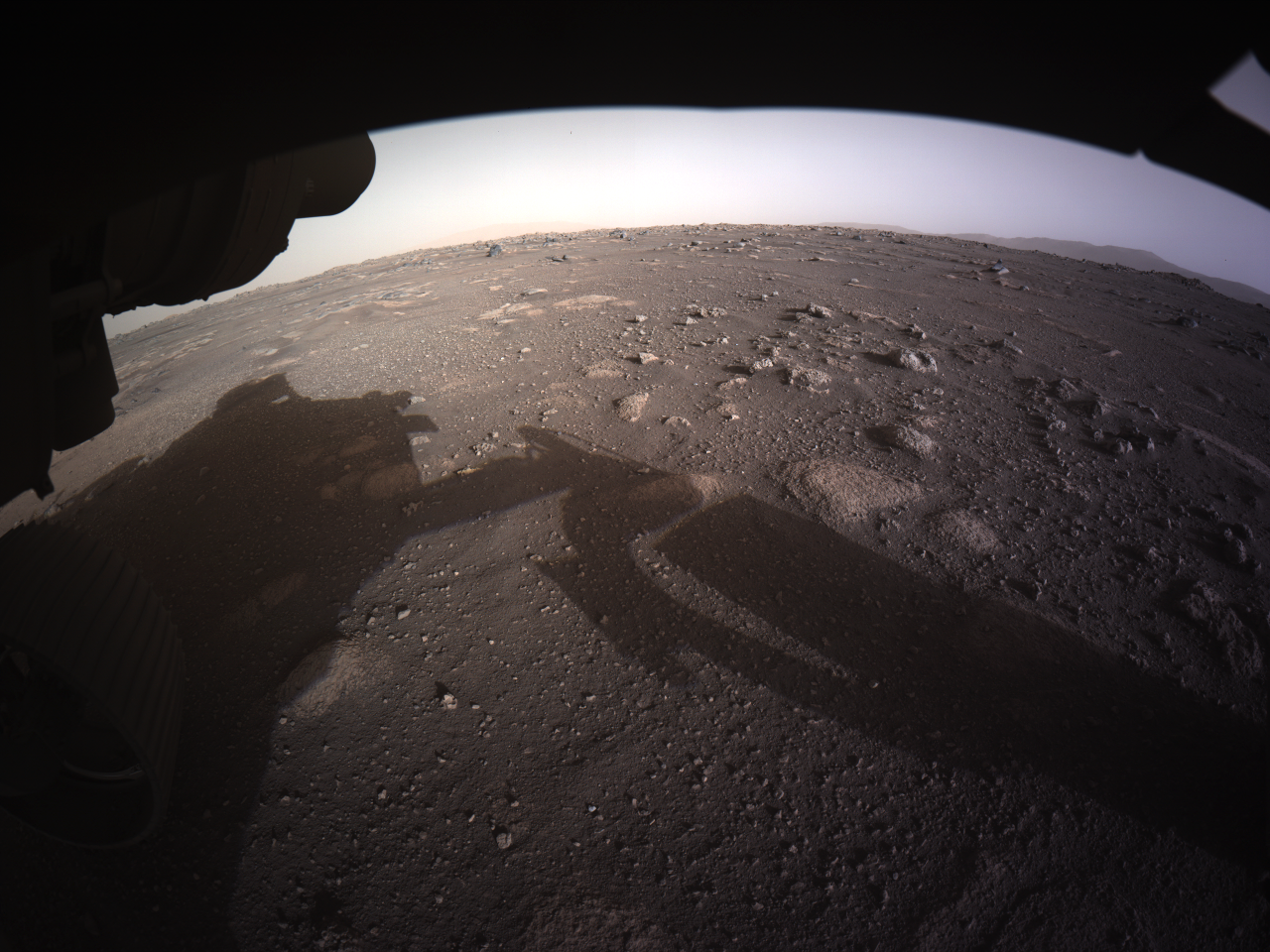 NASA
This is the first high-resolution, color image to be sent back by the Hazard Cameras (Hazcams) on the underside of NASA’s Perseverance Mars rover after its landing on Feb. 18, 2021.

NASA and JPL teams celebrated Thursday as the landing of Perseverance — the latest Mars rover — touched down on the Martian surface.

Scientists continue to receive images and data and researchers from Arizona State University are monitoring the mission.

ASU student Samantha Jacob who works at the School of Earth and Space Exploration said pictures being released by NASA will be temporarily confined to the rover’s tools. “Most of the next couple days will be images of instruments and we won’t get a whole lot of rocks to make any science results for a few days.”

Jacob is part of the operations and science teams working on a rotating shift to line up with the Martian day, which is equivalent to 24 hours 37 minutes on Earth.