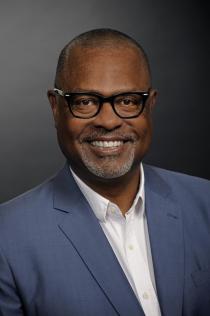 STEVE GOLDSTEIN: The NBA is nearly a third of the way through its regular season, and some markets, including Phoenix, have started welcoming a small percentage of fans back into the arenas. Dallas had not been one of them until this week, and that had given the Mavericks — and their "maverick" owner, Mark Cuban — the opportunity to not play the national anthem, which is traditionally played before every game. And since fans weren't present to express support or concern about it, the policy continued. That is, until a couple of journalists from the Athletic reported on it. And the NBA responded with an official statement on [Feb. 10] calling for every team to play the national anthem, quote, "in keeping with longstanding league policy," end quote. Understanding how Colin Kaepernick kneeling during the anthem before NFL games led to controversy and inflammatory tweets from Donald Trump, I wanted to talk with Kenneth Shropshire of ASU's Global Sport Institute to put this into context. So, Ken, what do you think Mark Cuban was trying to do? And then what do you think about the NBA's move to sort of big foot on Cuba?

KENNETH SHROPSHIRE: I think what Cuban was doing was really trying to avoid an issue that won't go away. And the great commissioner of the NFL, former Commissioner Paul Tagliabue, said once, "All's well that ends." I think he's trying to speak into the anthem as an issue in games. And, you know, what better way to do it? You know, it's a slow news day, slow playing period. Just phase it out while nobody's looking. And then all of a sudden these people come back in — people are looking again, and — including the league. And the league, and I'll say somewhat to my surprise, speaks up and says, "No, we have a rule, you have to play it." That reiterates a long-standing rule that the league has had. So it's going to be interesting. I am sure Cuban will comply. And he still looks like a good guy with, with his players. But it's interesting that the league took, took such a stand.

GOLDSTEIN: Now the NBA being a primarily African-American league and one that has been seen overall as a very progressive league. We saw how things were handled with the bubble. We saw there were some protests that occurred there, even, even as some players are obviously frustrated that they couldn't necessarily be out and be as active as they wanted to be as they were caught in the bubble. How does all this jibe with the NBA's approach to what we've seen with social justice in the last year or so?

SHROPSHIRE: I think, you know, the controversy with the anthem, which the NBA seemed to have its arms around, is really what's, what's confusing in this moment. If things were going OK as far as the league was concerned, why did Cuban choose to take the extra step to say, "Oh, we're just playing it anymore?" Although I do remember a period of time where that that did happen a lot — the post-'68 Olympics, a number of high schools and, and colleges just stop playing the anthem for a while related to — much, much, much of the form of Cuba, not with any fanfare announcement, but like, this is going to cause too much trouble. So let's see if we can just kind of sneak and start the game, frankly, without anybody noticing. So it wasn't in any form of protest, which, which I think is more of what Cuban was up to.

GOLDSTEIN: How much racial tension do you think there is between the NBA, its players and its fans? I mean, we see it sometimes when, when fans are in the arena. I don't know if it could be characterized this way with what happened in Atlanta with those couple of courtside fans. And, and there have been some issues in Utah with some courtside folks. I don't want to pigeonhole every fan, obviously, in these various communities. But is it any greater in the NBA than it would be in some other sport?

SHROPSHIRE: And that's a great question. I mean, a lot of it, I think, is just logistics of it all. The close proximity of the players to the fans in basketball, closer than any other sport. If the idea that the fans in basketball you have pretty good access to men with not much clothing on. So there's a lot of time beer throwing, that kind of thing can happen as well. Whereas in football, soccer and even, even hockey, where you got all the equipment on, that sort of stuff, there's not, you know, that close access. And there is frankly, in the other piece of it, there is that dynamic that doesn't exist as extreme in any other sport of largely Black players on the floor — and nearly 90% — and largely white fans, especially at the lowest level where the tickets are most expensive. So, so it is a perfect storm for some wrongdoers like we've seen in Atlanta, in Utah and elsewhere, that they have more access to to do these, these evil things than you do elsewhere. Now, you know, keep in mind, though, if you if you go to European soccer, you can be up at the upper, upper rim and people are throwing bananas down on occasion at Black, at Black players. So, so you could see a lot more at baseball and football and soccer, in otherwise. And we hear some stuff about, at least historically, about the people in the outfield at Fenway and otherwise.

GOLDSTEIN: The anthem has been the symbolic thing for sporting events for a long time, and as I mentioned, of course, with the Colin Kaepernick thing and, and Donald Trump, it, it got amped up. Ken, do you see this is something that is just going to be a part of these sports forever because otherwise there would be such a backlash, people saying — whether they follow up or not — "I'm not going to watch you any more. I'm not going to attend your games." Is there any way to actually have some tradition that, that is meaningful, that isn't the anthem, or is that just going to generate too much controversy, especially in the current world we live in?

SHROPSHIRE: Yeah, I mean, the anthem has been there forever. I mean, it is the tradition. The piece that, that, that that you can push and say, you know, "Why are we going to change that?" You know, "Why are we going to take away Yankee pinstripes?" I mean, it is that deeply ingrained in all of these sports. So to get rid of it to, you know — anything in baseball, for example, to speed up the game, or if you add a three-point play or whatever it might be — these are things that many fans will be upset with regardless. You add the idea of change of the game and tradition and dealing with patriotism. Well, then you've got, you got, you got the added layers of problem. This, this may well be this, the thinking of Adam Silver and his leadership with saying, "No, we're not, we're not going to go that far. The players can kneel and not come out and sort of all these different things, but we're going to continue to play because that's part of what we do."

GOLDSTEIN: Do you think it makes sense for players to utilize the anthem in some way in this protest sense, or is there something else that they could be, they could be doing that could be maybe just as impactful or maybe have less of a backlash?

SHROPSHIRE: There's a great Malcolm X quote, which I can't give verbatim, but, but essentially is we shouldn't criticize the manner in which someone chooses to protest, especially if it's an issue worth protesting. That said, it would have been advisable to find a different path to protest that didn't allow itself, open yourself up for this kind of critique — that let someone drift it into patriotism. But having said that and reflecting on Malcolm, it's, look at all the attention that's got. It's serving its purpose.

GOLDSTEIN: That is Kenneth Shropshire. Among many other things, he is the CEO of the Global Sport Institute at ASU. Ken, always appreciate your insights. Thank you.