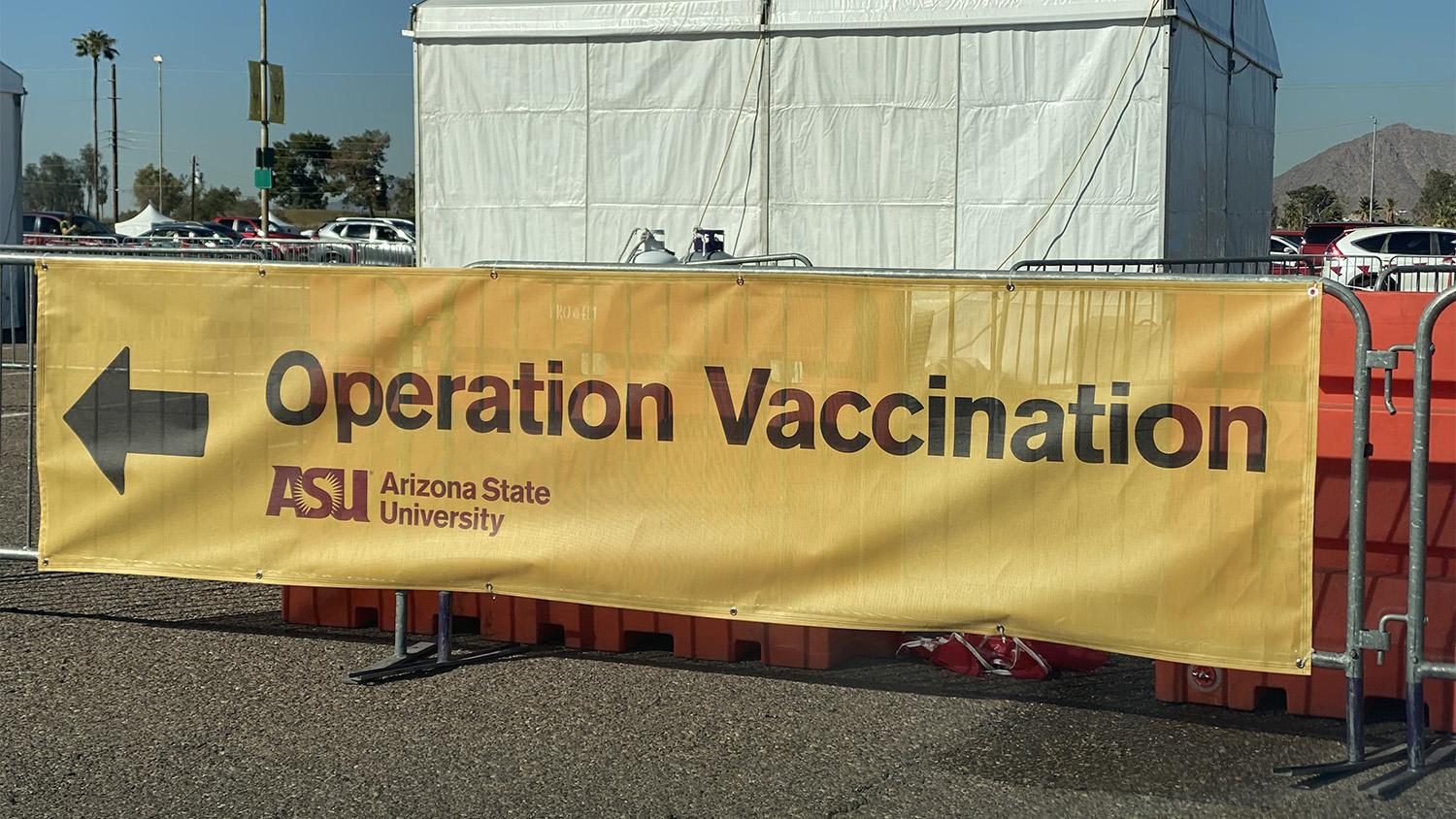 Bridget Dowd/KJZZ
A sign at the Phoenix Municipal Stadium vaccination site on Feb. 5, 2021.

The Arizona Department of Health Services opened 21,000 more appointments for COVID-19 vaccinations Wednesday morning, but they were all gone in less than an hour.

Arizonans flocked to the site around 9 a.m. and all 21,000 appointments at Phoenix Municipal Stadium for Feb. 5-18 were booked within 39 minutes.

While some still struggled to lock down an available slot, the process seemed much smoother than past launches.

The state made some changes to the site, including a feature that allows users to see multiple appointments at once, instead of having to scroll through by day.

Chandler resident Alisa Mueller noticed the change as she was scheduling appointments for her mom and step dad, both over the age of 65.

“My dad is 77 and when they opened up for 75 and over, I spent about two hours trying to get him an appointment and did not succeed at first," said Mueller. "It does look like they have been listening to some of the complaints.”

Others were not so lucky. Some selected an open slot and when they went to confirm, found it had been taken, while others complained of getting a never-ending spinning wheel.

The Arizona Department of Health Services has not announced when new appointments will be available.

→ Q&AZ: What You Need To Know About Getting The Coronavirus Vaccine In Arizona