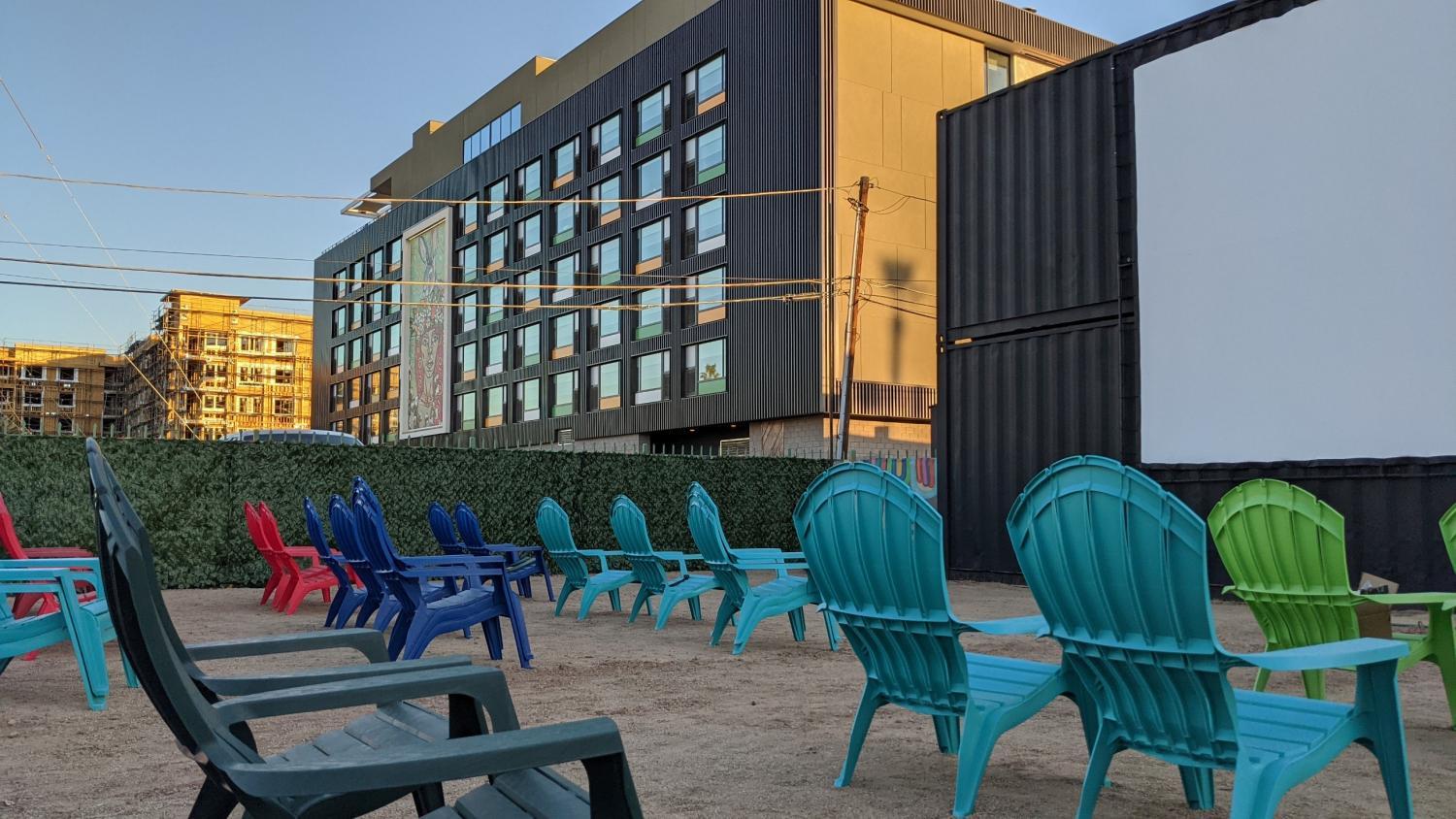 FilmBar
FilmBar is adapting to pandemic pressures by moving to a new outdoor location.

The independent cinema, FilmBar, is closing its current location at the end of February after nine years.

Like many other movie theaters, FilmBar has been hit hard by the pandemic.

For many in Phoenix and in the film community, Filmbar has been a go-to destination to re-watch classic movies, as well as enjoy cult favorites like “The Room” and uproarious entertaining events like the Big Gay Singalong.

But FilmBar is not going away entirely. To learn more about FilmBar’s future, The Show spoke with the cinema’s owner Kelly Aubey.