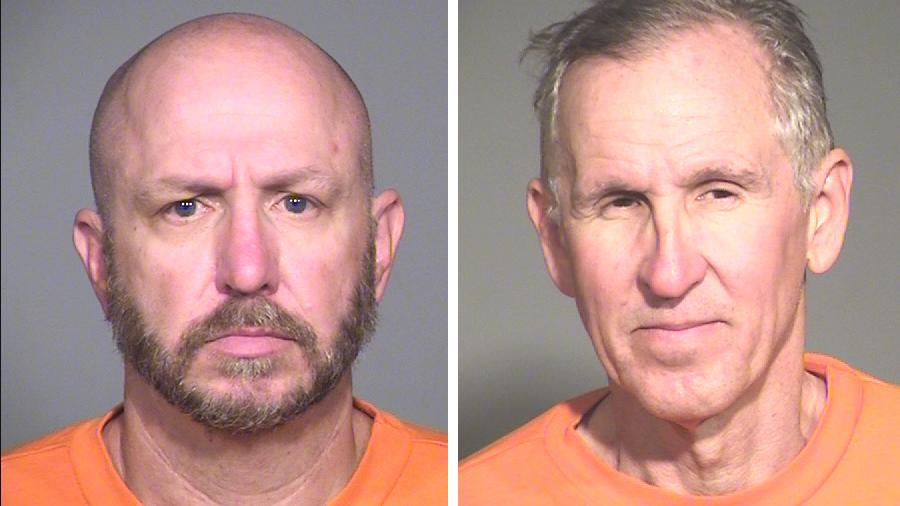 The Arizona Department of Corrections is not giving any more details on how two men managed to escape from a medium security state prison in Florence this weekend. But several layers of security must have failed to allow the inmates to walk free.

The Department of Corrections says John Charpiot and David Harmon were able to break into an equipment shed and access tools they used to cut the prison fencing and make their escape. A spokesman for the department would not give any additional details at a press conference Monday, citing an ongoing internal investigation.

But prison oversight advocate John Fabricius, who was in an Arizona prison for 15 years, says several security measures must have failed, including an extensive network of security cameras.

“They specifically point cameras at the fence line and there’s motion detectors on the fences," Fabricius said. "There’s seismic detectors between the fences.”

The Department of Public Safety released a photo of the two men attempting to rob a Florence business after their escape on Saturday. Law enforcement officials believe the men could still be hiding out somewhere in Florence.

On Saturday, Jan. 23, 2021, fugitives David Harmon & John Charpiot attempted to rob a business in Florence. The attached image depicting the fugitives was taken from security footage.

Both men have ongoing medical issues and may attempt to visit drug stores or pharmacies. (1/2) pic.twitter.com/rhKdJd2QBL