Why Phoenix Boasts The Highest Home Appreciation Rates In The U.S. 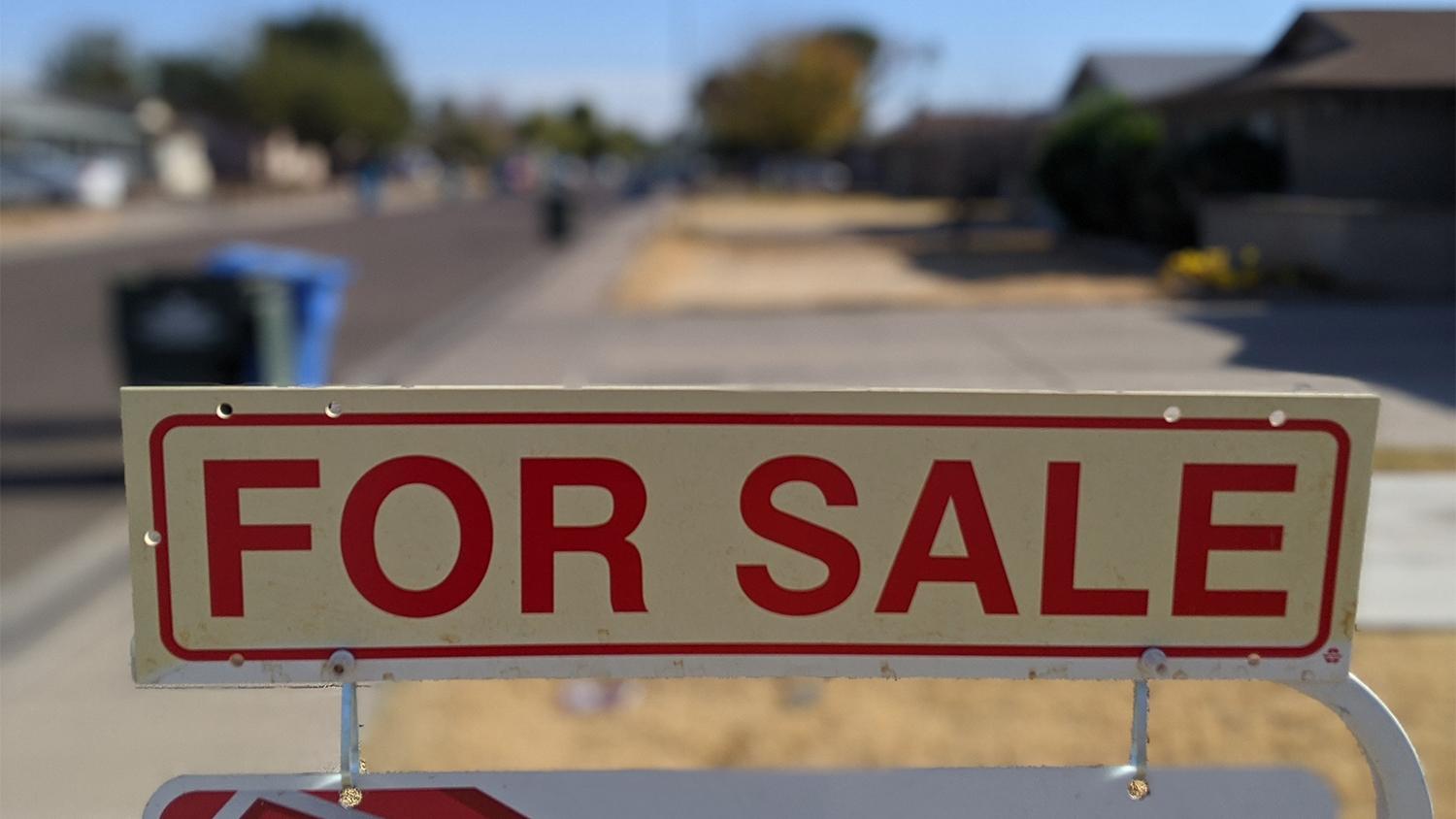 Sky Schaudt/KJZZ
A for sale sign in the yard of a home in Phoenix in January 2021.

STEVE GOLDSTEIN: Phoenix has had the highest home appreciation rates in the country the past 17 months, according to the S&P Core Logic Case-Shiller Index. In October, the last month for which data is available, Phoenix saw a 12.7% year-over-year increase. Seattle and San Diego followed. Our co-host Mark Brodie spoke more about this with Tina Tamboer, senior residential housing analyst with the Cromford Report, and Mark asked her if she has any reason to question those numbers.

TINA TAMBOER: Not at all, not at all. We see it, too. One thing that has been a kind of surprising trend over the last year, almost two years now, is the increase in luxury sales. So luxury real estate in Phoenix has really grown, and it exploded in 2020 more than we ever expected it to. So when you have a large increase — one of the best years we've ever had, frankly, in Phoenix for sales over a million dollars — that can really affect your averages. You know, and your appreciation rate will look much larger because of the top-end activity.

BRODIE: Right. Now, I know we've talked to you in the past about the fact that the luxury home market was doing as well as it was when the rest of the economy was not doing super well, especially during the pandemic. Is it surprising to you that it is continuing? That both the luxury market but just the Phoenix market in general continues to do as well as it is right now?

TAMBOER: Well, I don't know that we expected it to do as well as it did. We definitely saw a lot of migration, if you will. We already had migration from California because of affordability. But California, right around the middle of the year, last year in 2020, started announcing a consideration of increasing the income tax rates. And right around then we saw in Phoenix a surprising and noticeable increase in luxury sales. And so it was definitely mostly right after June that we really started to see the explosion of luxury sales.

BRODIE: What are you seeing in that less-than-luxury market? I mean, are we still seeing appreciation to the same extent in homes that are less expensive?

TAMBOER: Well, frankly, the market under $250,000 is almost gone. That, that market is extremely tough to find any listings in those price ranges. And what you do find are, some people would say, too much maintenance or too much work needs to be done. And I would say that, yeah, we have seen all of our price ranges across the board have seen massive increases. And when I say massive, I mean anything that's got over seven, 8%, certainly over 10% annual appreciation is, is very impressive. And, you know, a lot of people think maybe we're going into a bubble when they see these things. They worry about property values or they not worry — they get excited, like thinking that property values will come down. But what we're experiencing today is much different from the 2005 run up in prices that we saw, which was right before the 2008 crash. So what we're seeing today is a real lack of building. Right before the crash, we were overbuilding for the population growth. But since 2010, in the last decade, we've grown our population by 18%. But we've only grown our housing units by nine. So with our population continuing to grow and builders trying to keep up, this housing shortage is not something that's going to go away in weeks or months. It's something that's going to take a while.

BRODIE: Well, you referenced people coming from California because of affordability issues. I wonder if there might be a point at which Arizona isn't in much of a better shape in terms of housing affordability for people who are looking to move here.

TAMBOER: Well, we are a young city, and I think it's important to recognize that. You know, our state just turned 100 years old in 2012, right? So we haven't had to deal with some of the growth pains that other cities have had, already gone through. So we're going to have to figure out for ourselves how to handle the housing issues and hopefully not make the mistakes of other cities historically in that matter. But the fact is, we just absolutely need more roofs, we need more doors, whether that's for rental or for sale.

BRODIE: So as we mentioned, according to Case-Shiller, Phoenix has led the country in year-over-year price appreciation for 17 straight months — we're almost going on a year and a half now. Do you see that ending any time soon?

TAMBOER: Well, every, every metropolitan area is going to have their own issues, OK. So I can tell you that I don't know where we're going to rank, but I can tell you that the analytics that we are watching are telling us that it's not a reasonable expectation to have prices go down. So it's reasonable to expect property values to continue rising throughout most of 2021, if not all of it.

BRODIE: So given the amount of time and the number of months that Phoenix has been leading the country, it encompasses, obviously, the current pandemic, but also a good number of months before it. And given what you said about expecting appreciation to continue going up during 2021, does the current economic condition and the pandemic that it's associated with, like, is that impacting housing prices at all in Phoenix?

TAMBOER: You know, that's been one of the surprising things. You know, you would expect with the percentage of unemployed out here that you would see housing suffer. However, it does look like the people who are most affected by, by unemployment and affordability were renters at this point. So this could affect us maybe down the line. It might set some people back a year or two in their goal to buy a home. But currently, the people moving in to greater Phoenix are not having a problem.

BRODIE: All right, that is Tina Tamboer, senior residential housing analyst with the Cromford Report. Tina, as always, nice to talk to you. Thank you.

TAMBOER: Thank you so much.