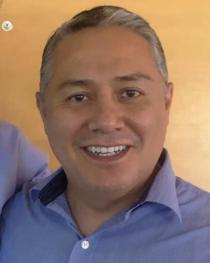 A state representative’s personal Twitter account showcases his many likes and interests: the Denver Broncos, Democratic politics, but also, pornographic images and videos.

Rep. Diego Rodriguez (D-Laveen) has a history of liking or replying to posts of nude women on the social media platform, using a separate account from one he operates as a state legislator.

Rodriguez said he understands there are people, perhaps some of his own constituents in Laveen, who may think his online behavior is inherently wrong. But he has no plans to remove or hide the posts from the public.

“I think that goes back to a difference in attitudes,” he said. “Are you, is someone sex positive or sex negative? Do they see human sexuality as something to be ashamed of, or human sexuality that someone can just deal with it in an open and transparent way and not stigmatize it?”

Rodriguez pointed out past tweets in support of sex workers’ rights. Sweeping his past under the rug would only further stigmatize an industry he says is unfairly maligned and mistreated.

It would also be disingenuous to voters in his district, he said.

“Do people want their representatives to be genuine and authentic and transparent? Or would they rather believe in a façade?” Rodriguez said.

Rodriguez said he’s happy to listen to any voter with concerns about his online behavior, but he has no plans to change just because he’s a lawmaker.

“When I agreed to be a representative, I don't recall signing off on any moralistic fitness test, to where I'm going to walk away from things that I believe strongly in, which one of them would be sex positivity, and not treating issues like that in a way that stigmatizes them and the sort of repression and leads to much more serious issues,” he said. “So it can just be a simple disagreement.”