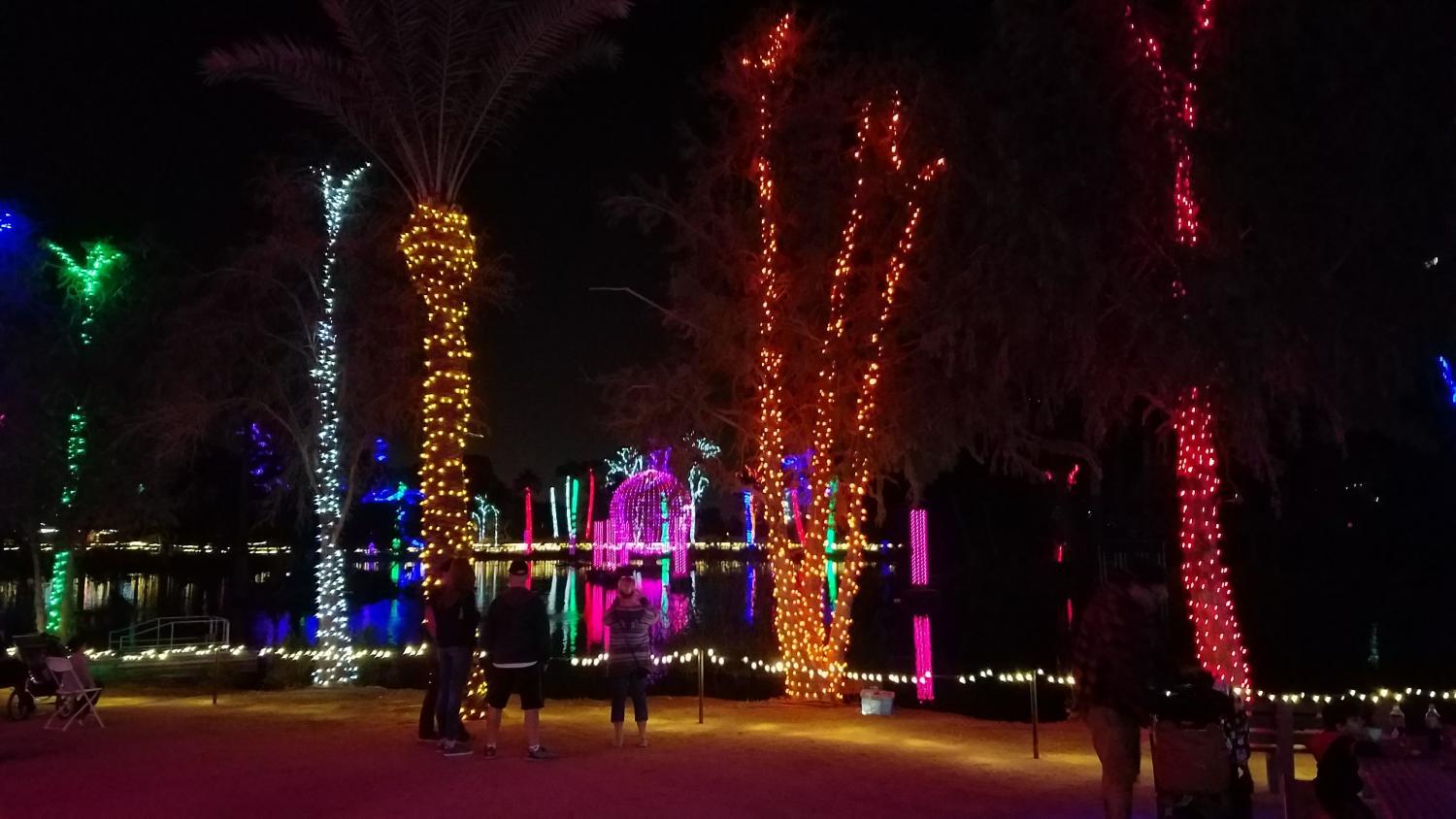 Jean Clare Sarmiento/KJZZ
Zoolights at the Phoenix Zoo in 2017.

The weather outside is frightful — at least in other places! In Arizona, it’s delightful as we’re entering some of the best weather of the year.

And entertainment venues and theaters are taking advantage of it.

With the pandemic still haunting our doorsteps like a moldy jack-o'-lantern, the typical holiday events are being moved outside with plenty of room for you and me.

One of the events taking to the outdoor stage is a remarkable telling of Charles Dickens’ “A Christmas Carol.”

Actress Katie McFadzen of Childsplay Theatre Company will be Scrooge, the three Christmas ghosts and Tiny Tim in this one-woman show.

“It definitely is a big undertaking," McFadzen said. "I think my stage manager said it was 9,000 or so words. But what we did when we first adapted the show was we decided, you know, which characters had to stay in which characters could go. And then in rehearsing it, I just tried to find ways to change things physically or vocally, to make them interesting and specific.”

McFadzen says this is not her first year performing this show, but the one-woman show works out well for our face-masked holidays. The show will be at the Herberger Theater’s new outdoor pavilion with only a limited number of attendees.

“I’m kind of going into this knowing that my level of concentration has to be way more intense than anything I have ever done,” McFadzen said.

Other venues are also shifting their holiday offerings to the outdoors.

“I equate it to growing up in Georgia. We used to have bonfires in the pastures, you know, and everybody would come and bring their hot chocolate, and they’d have their winter wear, and they’d bring blankets. And we would have concerts out in the field. And everybody would just dress for the occasion, and come and cuddle together," Harper said.

He also mentioned the appeal of seeing such shows.

“There’s something magical about seeing a live show together I think that allows for, you know, us just to gather and be a human population," Harper said.

Aside from performances, if you’re looking for other ways to get out safely and enjoy the season, there are several drive-through light displays in the area.

In Scottsdale, there’s the Holiday Lights at Salt River Fields, and World of Illumination, which has two displays in Tempe and Glendale, respectively.

And there are two ways to enjoy Zoolights this year — you can either cruise the zoo in your car or on select nights walk through the display.