There's Not Enough Research About The LGBTQ Community. Here's Why It Matters

STEVE GOLDSTEIN: The LGBTQ+ community is bigger today than ever before, but a new report from the National Academies of Science, Engineering and Medicine shows they're understudied. [There's] a significant gap in data collection and research on their well-being, and that has led to a gap in programing and services for this increasingly diverse population. ASU women and gender studies professor Marlon Bailey co-authored a chapter on community and civic engagement in the report, and our co-host Lauren Gilger spoke with him more about it. They began with just how much the LGBTQI community has changed in recent years. How different did it look not that long ago?

MARLON BAILEY: So the community has become vastly diverse across a range of demographics such as age. There is increased number of LGBTQ+ youth, and it's also become very diverse in terms of race and ethnicity, culture, gender, identities and expression, sexualities, religion and social class. We wanted to be able to look at the well-being of this huge, large population that is very diverse and increasingly becoming more diverse.

LAUREN GILGER: Yeah, and unfortunately, it sounds like one of the major findings here is that there's just not enough research here. There's a gap in knowledge. Tell us a little bit about the challenge there, like what's made it difficult to bridge that gap? What do you think has led to it?

BAILEY: So as we discussed in the report, there are limited data in terms of national surveys, and national surveys don't measure for sexual orientation, gender identity and sexual behavior in attraction. There is a lack of data about people with intersex traits, little data around larger questions about sexuality. And even the Census does not ask questions around sexual orientation. So it becomes very difficult to actually capture a lot of other kinds of information that we really need to get an even better grasp on this increasingly diverse population. But this report really embarked upon a study that would actually try to fill some of those gaps and provide a broader review of the available data that related to the well-being of sexual and gender diverse populations. And we use the term "sexual and gender diverse populations" because of the vast diversity in terms of identities and how people express themselves and identify beyond even the moniker of LGBTQ+ population.

GILGER: Right. As is evidenced by this, this idea that it's diversifying so much, it's continuing to diversify, right? There are new, new identities, new labels kind of being discovered or talked about or created all the time, it sounds like. 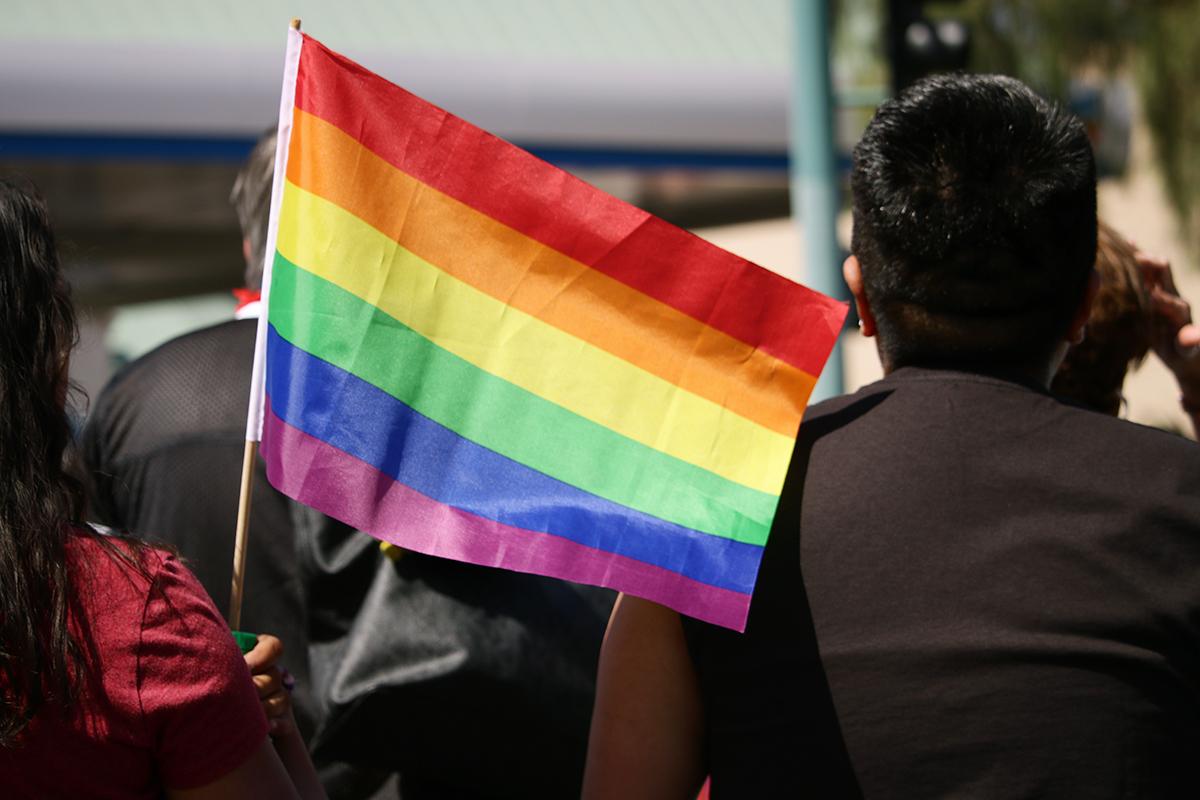 Jackie Hai/KJZZ
A flag at Phoenix Pride in 2018.

BAILEY: It's a moving target.

BAILEY: And, and it's, you know, the good thing about it is that it does let us know how vibrant the communities are and their ability to self-define, right? To, to name their sexuality and gender expressions beyond the categories that are available to them. But on the other hand, it becomes very difficult to get data on these populations as it is constantly diversifying.

GILGER: So let's talk about what that, what that means. Like what the lack of research means here. Like, how does it affect resources? How does it affect policies that address equality for this kind of ever-changing community?

BAILEY: Policymakers and politicians, legislators, social service providers and educators and a whole range of people who are key stakeholders and make decisions about and with LGBTQ+ population, that becomes difficult for them to access data that can help these entities and people in positions to create better conditions. So this report really is designed to help — given the limited take, some of the limitations — but it's designed to help policymakers and people who make decisions, who have an impact on the lives of LGBTQ+ people to be able to create better conditions for these individuals and communities. It's also important for the larger society. That, this report is for everybody. It's for everybody, because everybody has some buy-in, has some investment or is directly or indirectly impacted by LGBTQ+ populations and the conditions under which they live.

GILGER: So final question for you then. Let's talk about what could be done to fill that gap. Like, what kind of efforts are underway or would you like to be underway to sort of include those populations in research to understand this better, to get better policies, et cetera?

BAILEY: More measures in national surveys. More questions in national surveys, including the Census on sexual orientation, gender expression beyond male, female, man, woman. More about sexual attraction and behavior. One of the things that, one of the things that we're talking about, LGBTQ+ populations and the vastness in how people define themselves is that we know very little about sexuality as a phenomenon beyond just an identity category. That there are people who, you know, are what we call queer. There are people who do not fall neatly under the gay, lesbian, straight or bisexual category. We need more ethnography, in my view — I'm an ethnographer, so I'm kind of biased. But we need more qualitative approaches — more interdisciplinary, qualitative approaches to go along with the more quantitative research that has surveys and, and measures and models so that we can make sure that we include people whose lives are complicated but don't quite fit into the categories that we have available.

GILGER: All right. That is Marlon M. Bailey, associate professor of women and gender studies in the School of Social Transformation at Arizona State University. Marlon, thank you so much for joining us to talk about this.

BAILEY: Thank you so much for having me.