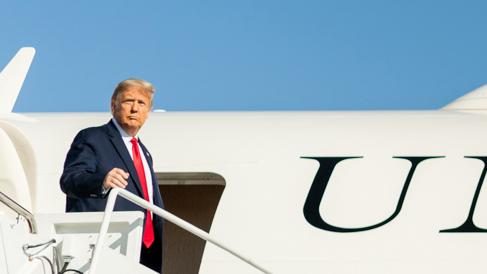 Instead, Trump has dug in his heels, tweeting repeatedly, and falsely, that the election was rigged. Tempe political consultant Mike O’Neill said Trump’s continued denial of the election results sets a dangerous precedent and a bad example for his loyal supporters.

I won the Election!

“He is probably not gonna attend the inauguration, and that sends out a message to his people not just to be the loyal opposition, but to continue to fight, and that is very, very unhealthy for our democracy,” O’Neill said.

In his efforts to denounce the election as a fraud, O’Neill said Trump has steered his followers away from traditional media in favor of more right-wing coverage that’s friendlier to the president’s messaging.

That’s included criticism of Fox News — long considered a Trump ally — while giving clout to Newsmax TV, which has yet to acknowledge Biden’s victory, O’Neill said.

“Donald Trump has a lot of sway with a lot of folks, and the question is: Can he get a lot of his folks to migrate to this other source?” O’Neill said. “My guess is he can, because he has avid followers who will follow him.”