MARK BRODIE: As votes from last week's election continue to be counted here in Arizona and around the country, some trends are starting to emerge, and one of them is the increased turnout among Latino voters. Estimates range from roughly 15 to 20 million Latino voters who cast ballots this year, which would mark a significant increase from past elections. We have two perspectives on that today, starting with Janet Murguía, president and CEO of the national Latino civil rights and advocacy organization UnidosUS. I spoke with her earlier and asked what, to her, were some of the key takeaways from this election cycle, as it relates to the Latino vote. 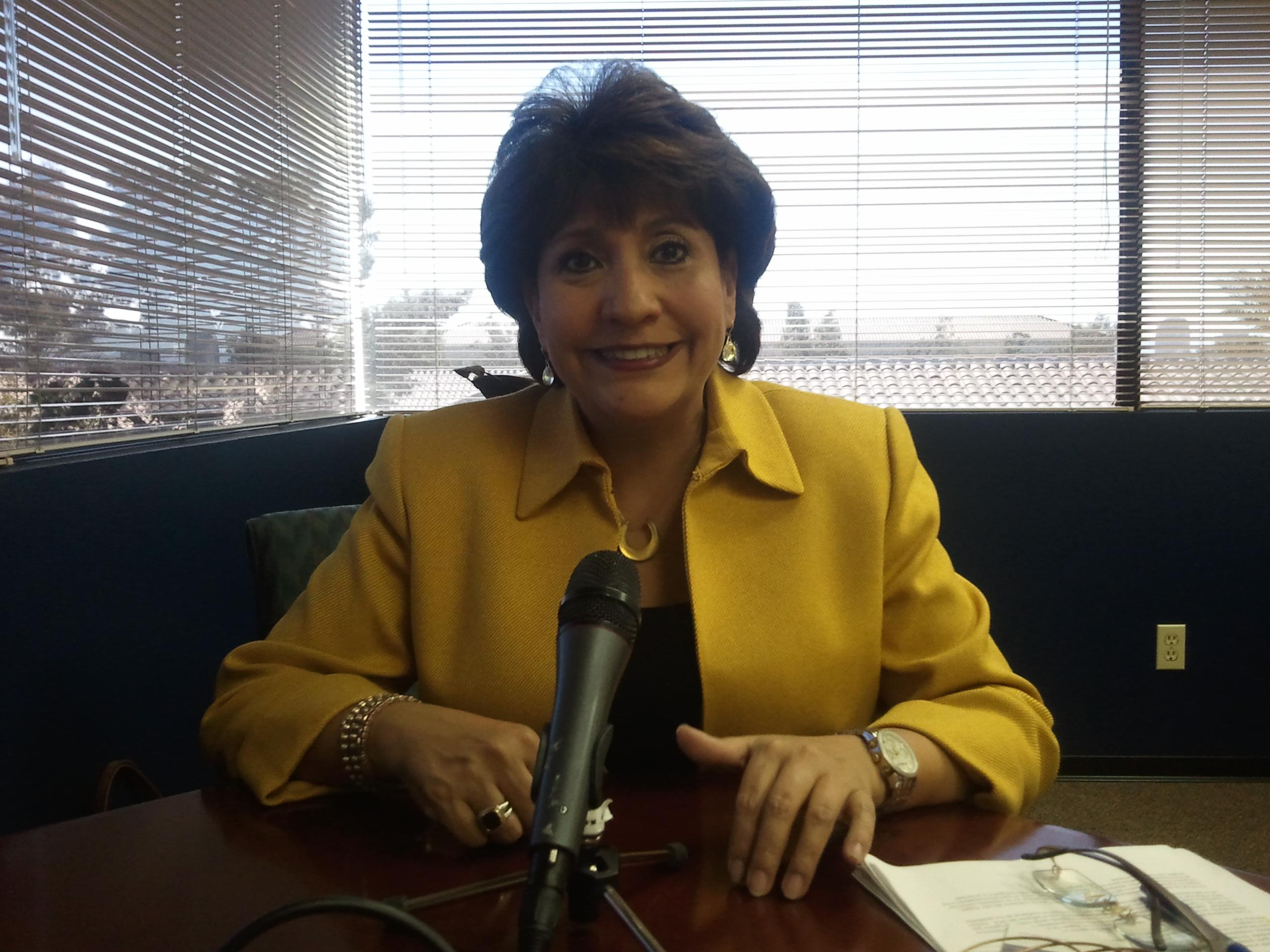 JANET MURGUÍA: I think two things become very clear. First, Latino voters turned out in record numbers. The estimate that nearly 15 million Hispanics voted in this election makes this the largest turnout in U.S. history. And I think, second, Latino voters had a dramatic and decisive impact on this election for both parties.

MURGUÍA: Well, no, it's not. I think while there's ample evidence that the Latino vote is not a monolith, something we have been saying for decades, it is also true that Latino voters can be unified on their top priorities. But we've known for a long time that, in fact, there are divisions within our community or interests that separate our community in terms of the issues and priorities that they agree on when it comes to Latino communities, regional and backgrounds in terms of countries of origin. So it is a mix, and I think we'll fully be able to assess what has happened in this election when and after every vote is counted.

BRODIE: Well, and you talk about the fact that the Latino vote is not a monolith, which we know, but I think some people tend to forget from time to time. And we saw that in different states around the country, right, where Latino support for Republicans was stronger in some places than it was in others.

MURGUÍA: Absolutely. For instance, President Trump was a known candidate and has been on a permanent campaign for four years, especially in his adopted home state of Florida. Biden was the lesser known candidate to Latinos. And I think it's fair to say that his campaign left Latino outreach in Florida to the last minute, while we saw Trump laser-focused on appealing to Latinos and invested in cultivating that vote. One thing we have said all along is that candidates matter, their positions on issues matter, but meaningful outreach is essential. And those candidates that took that seriously and targeted their efforts to various communities, but in particular the Latino community, saw an advantage.

BRODIE: And I'm glad you brought up the issue of outreach, because that seems to have been a concern in some camps leading up to Election Day and since. And you actually did some, some digging on this. And it seems as though there might be something to the fact that Latino voters were not talked to enough by the campaigns and by people in their communities.

MURGUÍA: There's no question. We did a election eve polls, and the poll documents that targeted outreach is still a huge issue for both parties. In fact, Arizona's Latino voters were contacted the most out of any voters in our poll, yet that was just slightly over half at 54%. Nearly half of those surveyed in our poll received no contact at all. And there's no question that Arizona was the high watermark when it came to any contact by candidates or the campaigns.

BRODIE: Why do you think that is?

MURGUÍA: You know, this is an issue we've raised with both parties for decades, dating back to the 1980s. And yet today we are still hearing pundits and analysts being surprised by both the choices and impact of the Latino vote. I think 2020 needs to be the year that is, we need investment and attention, not just every four years at the eleventh hour, but ongoing and consistent in between elections. I think the absence of a serious party effort is what we saw. And, you know, for us, I think we saw that the community here in Arizona just took matters into their own hands. They made a difference, and I would argue the difference in the end here. And as a result, Arizona's Latino community, I think, will serve as a model to Hispanic communities across the country.

BRODIE: Janet Murguía is president and CEO of UnidosUS.

LAUREN GILGER: So now let's turn to one of those organizers who worked here on the ground in Arizona to help build that turnout. Tomas Robles is the co-executive director of the grassroots organization Living United for Change, or LUCHA, which has been working to register Latinos here in Arizona to vote and become involved in the electoral process for a decade — since the landmark immigration measure SB 1070 was passed here. And he told me it has taken that decade to get where we are. 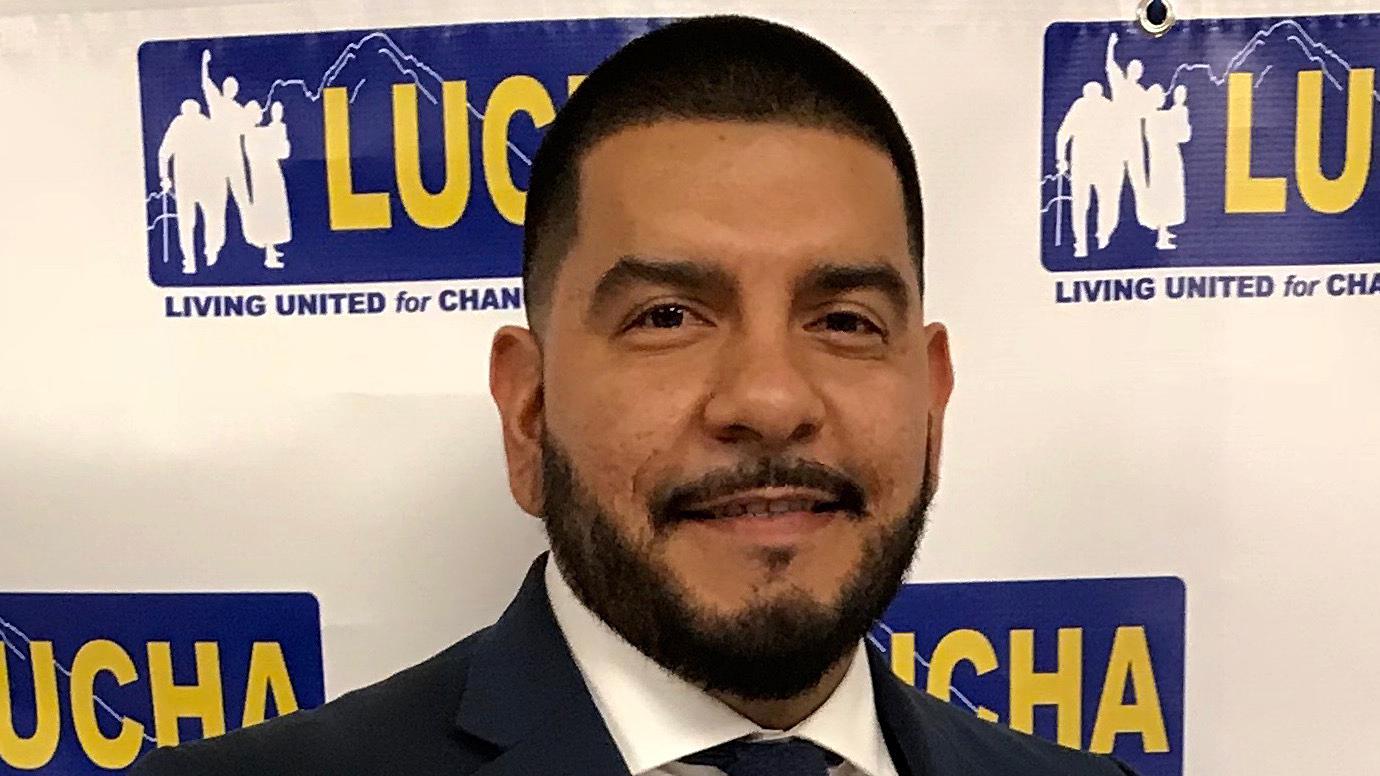 TOMAS ROBLES: This victory is really 10 years in the making. I think when you talk about 2020, you talk about one of the most ambitious collection of organizations and efforts throughout the state to make sure that our people understood the election, understood the issues that were most important to them, and which candidates represented those values and those issues, and also to have the tools necessary to feel confident about casting their vote. And so when you talk about that, you talk about a coalition like Mi Arizona, that encompasses our organization, LUCHA; Unite Here; Mi Familia Vota; Our Voice, Our Vote; and Chispa. Together, those organizations, we knocked on over a million and a half doors, we made over 4 million phone calls and had a slew of digital conversations and digital ads to get our messaging across. So altogether, LUCHA in particular, we were in seven counties — culturally competent digital ads talking about the issues, especially health care, especially this COVID pandemic, the economy and the fact that frontline workers are Latinx workers and thus our families are directly impacted. We started in 2010 after SB 1070 was passed, and it was the collective effort of young people, immigrant youth, Latinx folks, people of color, Black voters, all coming together and beginning to organize and create organizations specifically catered to addressing the issues that our communities were facing.

GILGER: What did turnout look like for you on Tuesday? Do you have any breakdowns at this point? Was this what you expected or wanted?

ROBLES: It exceeded expectations in terms of what we wanted. Absolutely. We saw record turnout amongst young people. We saw that Latinx voters surpassed their 2016 voting mark, I think a week prior to Election Day. And we saw overall Arizona may approach 80% turnout. So I think we're super excited about the energy that our community showed. It's an indication that the work we've been doing for the last 10 years has not only been important to where we're at now, but it's been an integral piece of getting this state in the direction we needed to.

GILGER: So this isn't necessarily the case, though, it seems in the rest of the country. We've seen kind of pockets, some heavily Latinx areas turn toward Trump in this election and in some pretty big numbers we saw nationally leading up to the election, at least in polling, about a third of Latinx votes turn toward Trump as well. These are higher margins than we saw in 2016, obviously. I wonder why you think things were different here. If we saw the same trends across the country, people of color sort of moving away from the Democratic ticket and some of these issues you're talking about, why do you think we saw Latinx voters turnout in Arizona?

ROBLES: Well, I think there's a number of factors. I think number one, we have to stop looking at Latinos as a monolith. Cuba and Florida are much different than Mexican-Americans here in Arizona. They're even different than Mexican-Americans in Texas. I don't think any campaign operative would use the same strategy in talking to white voters in New York versus white voters in Alabama. And so the same holds true. ... I also think it's about the indication that we need investment in those states. It shows that Arizona, we've been spending 10 years talking to our communities. You can't just create a narrative within three months and expect a loyalty that's needed to vote for your candidate. Also with the numbers, I still want to point out — it's looking like with exit polls, 3-1 Latinos voted in favor of Biden versus Trump. You're going to have states where there is going to be higher numbers. But I think overall, nationally, Latinos, loud and clear, said that Trump's rhetoric is no longer welcome, and he needs to leave office.

GILGER: UnidosUS reported that in some of their polling leading up to the election that a lot of Latino households here and across the country were, you know, not contacted by either side, either campaign. Would you think there was enough outreach across the country especially and maybe we did more of that here with organizations like yours and therefore saw the results?

ROBLES: Yeah, I think the indication is that despite the level of investment we've gotten in 2020, which has been higher than other presidential campaigns, at least here in Arizona, it's still a very tiny percentage of all the money that is put into these campaigns. And the bulk majority of that goes to independent or white voters. Still not a significant investment in Latino communities yet. For us, we continuously push folks to understand that we need investment year-round. We need people engaged year-round if we want them to show up at the polls at a high number.

GILGER: I want to talk about also, you mentioned SB 1070 toward the beginning. As you say, this is 10 years in the making. Do you think 1070, which sort of propelled a lot of people like you, a lot of organizations like yours into doing the work that they've done for the last decade into this election — do you think that that makes a big difference? Did it need a 1070, or was it just the time that's been put in here?

ROBLES: No question that SB 1070 was the powder keg or the icing on the cake that was years of attacks on immigrant communities. Before SB 1070, we had Propositions 200 and 300 that first required the state to be an English-only state and second, to prevent undocumented students from receiving any kind of financial aid for their college education. And then you saw Joe Arpaio and his racist raids that were then eventually deemed unconstitutional by the Department of Justice. All of these attacks led up to the culmination of the confidence of Republicans here in the state to pass SB 1070. And so while SB 1070 is the landmark action that motivated so many people to get involved, there was a history of attacks on our community, and it was only a matter of time before we stood up and said no more.

GILGER: All right. That is Tomas Robles, co-executive director of LUCHA, joining us today. Tomas, thanks so much for coming on The Show to talk about this.

ROBLES: Thank you very much, Lauren.