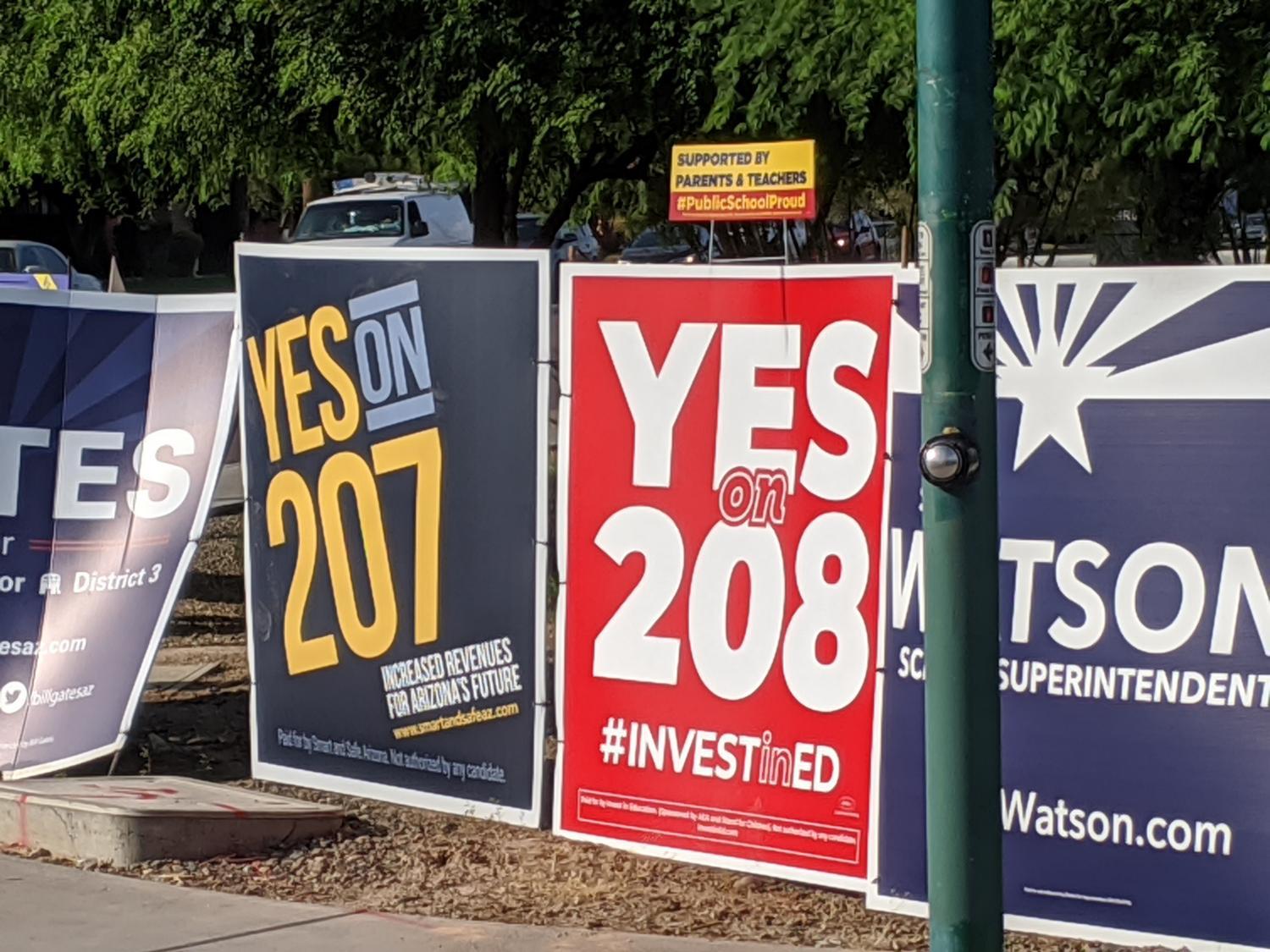 When Arizonans fill out their 2020 ballots, they get to decide the fate of two proposed laws. Proposition 207 would legalize and regulate recreational marijuana. Proposition 208 would raise taxes on wealthy Arizonans to fund public schools.

The Arizona Chamber of Commerce wants voters to reject both proposals.

Spokesman Garrick Taylor said the Chamber, the influential lobbying arm of the Arizona business community, examined each proposal, as it always does, by asking a series of questions.

“Is it good for business? Is it bad? Will it grow jobs, or will it shrink jobs? Will it help expand the economy or will it put new restrictions on economic growth? If we’re not satisfied with the answers when we assess each initiative, then we will often oppose a ballot initiative,” Taylor said.

Over the past decade, the Chamber has never been satisfied by measures brought to the ballot by Arizonans.

The measures on your ballot are typically proposals to change state law or the Arizona constitution. There’s one of two ways they get there: State lawmakers can vote to put them there, in what’s called a legislative referral, or supporters can collect hundreds of thousands of signatures from registered Arizona voters to qualify for the ballot.

Critics say there’s a fundamental reason for the chamber’s opposition to citizen initiatives: The Chamber has influence over the legislative process; they lack that same influence over ballot measures.

Quezada said the Chamber’s politics align closely with Republicans who control the lawmaking process in Arizona. That’s left the Chamber at odds with most Arizonans, he said.

Taylor acknowledged the Chamber prefers the legislative process to the public voting on laws in November. 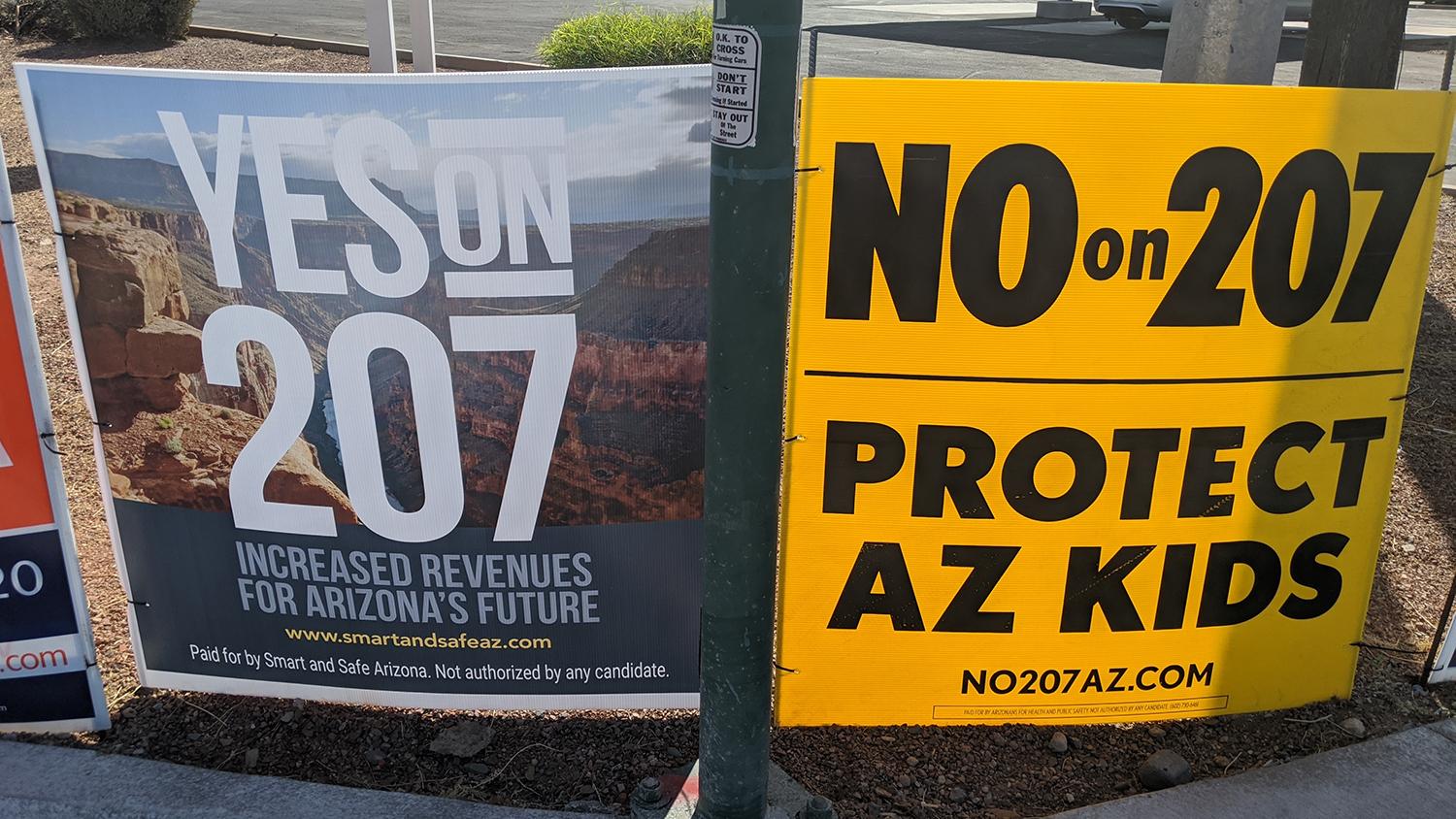 “The Chamber, or broader business community … They have a certain comfort level when it comes to advocating for their positions in the regular legislative process,” Taylor said. “Let's face it going. Going to the ballot, that's a wild card. And it’s very expensive.”

The Chamber’s opposition to citizen initiatives isn’t limited to the campaign trail — they often file legal challenges against initiatives to prevent them from qualifying for the ballot in the first place.

Early this year, they backed an unsuccessful lawsuit that sought to have Prop. 208, better known as Invest In Ed, disqualified based on a host of legal arguments rejected by the Arizona Supreme Court.

Taylor defended the lawsuits as appropriate scrutiny for proposed laws that, by going the way of the ballot, avoid the same scrutiny bills go through at the Legislature.

“These same initiatives could come before the Legislature and we could work it out in the light of day in a committee room and hash these issues out,” he said. “But if they can't pass there, and the ballot is the only path forward for these initiatives to move forward, then I think the proponents should expect a lot of scrutiny, strong scrutiny.”

Retired attorney Andy Gordon spent decades specializing in election law. That work sometimes put him at odds with the Chamber, as he defended citizen initiatives against their legal challenges.

Rather than fight measures in court and at the ballot box, Gordon said the Chamber should take a hard look at its role in the legislative process.

“Almost every major initiative that I can think of over time that has been successful at the ballot box is largely after repeated failures of the Legislature and the Governor's Office to act,” Gordon said.

Quezada said that failure extends to the Chamber.

The business community could use its influence at the legislature to help, as Taylor put it, hash these issues out, Quezada said.

“They have, kind of a fundamental disconnect with what the people of Arizona are hoping ... will happen through their government, through their Legislature, or if that's not happening, through the initiative process,” he said.