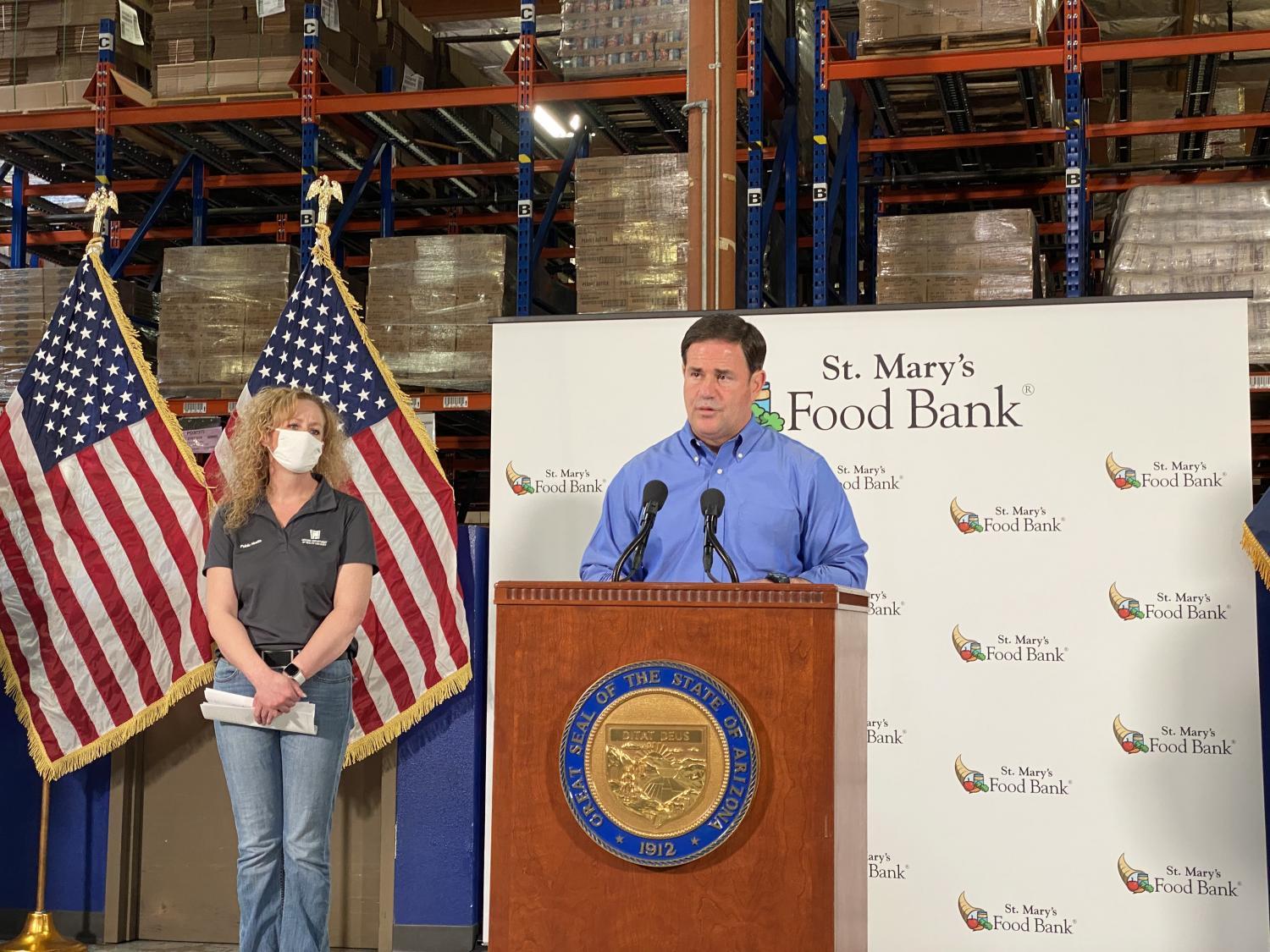 President Donald Trump held two rallies in Arizona on Wednesday. Vice President Mike Pence is scheduled to host two of his own Friday in Flagstaff and Tucson.

Gov. Doug Ducey has been a consistent presence at those large rallies of mostly mask-less Trump supporters, even while the state’s health director warns that the coronavirus can spread even among small gatherings, and while Arizona’s COVID-19 trends are heading in the wrong direction.

Arizona’s positivity rate for the virus is on rise, as are the number of COVID-19 cases, according to Dr. Cara Christ, the state’s health director.

Ducey later sidestepped questions about what message he’s sending by participating in rallies when the state’s health director advises against it.

The governor stuck to a consistent talking point by noting that he exempted political rallies from recommendations against large gatherings — “to protect people’s rights under the Constitution,” Ducey said.

Christ said anyone who’s been among a large gathering should monitor for COVID-like symptoms. And if they believe they’ve been exposed to the coronavirus, Christ urged them to get tested.

When the Arizona Department of Health Services first released its guidance on school reopenings, it held a meeting with reporters to explain the guidelines. The department updated that document last week to say school leaders should prepare to transition to virtual learning if their county’s three COVID-19 benchmarks are in the red. Previous guidance issued in August only required one benchmark in the red.

But this time there was no meeting. Instead, many first learned about the change from a media report.

Gov. Doug Ducey pushed back against criticism that the state was not transparent this time around.

“These guidelines were adjusted at the request of public education leaders in coordination with public health officials and that’s how we will continue to do that and we will be completely transparent,” Ducey said.

ADHS has heard in weekly meetings with local health officials and the Arizona Department of Education that partners are concerned about the instability that would occur if recommendations to move back to virtual learning were based on a change in a single benchmark — especially in smaller, rural counties.

“To address this we recommend all schools meet all benchmarks before moving from in-person, hybrid or virtual learning,” Christ said.

State Superintendent of Public Instruction Kathy Hoffman said on social media that the Arizona Department of Education did not request or recommend any changes to the school benchmarks.

The Arizona Department of Education did not request or recommend any changes to the @AZDHS school benchmarks.