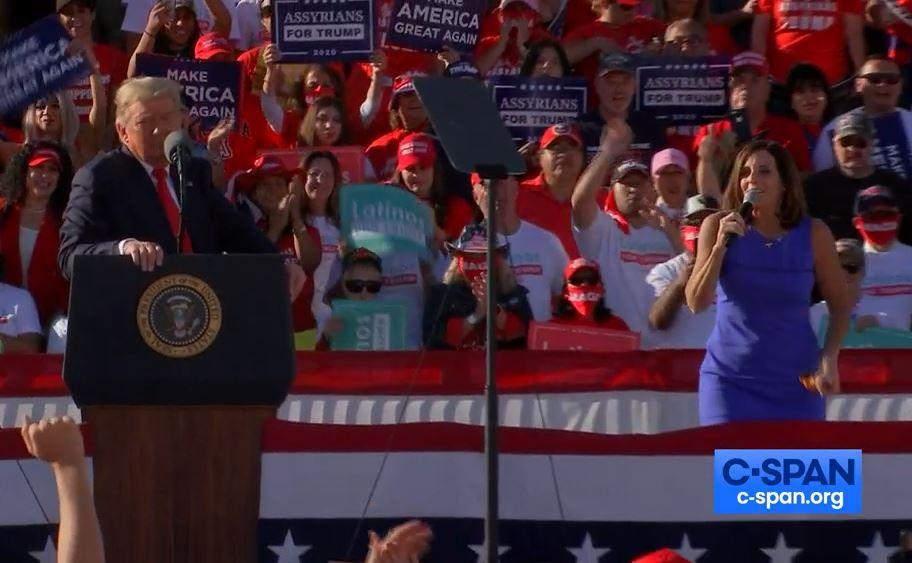 C-SPAN
President Donald Trump and Sen. Martha McSally at a rally in Goodyear on Oct. 28, 2020.

President Donald Trump brought an entourage of Republican politicians with him to Goodyear, Arizona, on Wednesday.

U.S. Sens. Mike Lee of Utah and Rand Paul of Kentucky helped the president hype the crowd as Trump made his closing arguments to Arizona voters.

And Trump gave ample speaking time to Nigel Farage, a British politician who backed Trump’s election in 2016 amid the Brexit movement.

Trump was less patient to Arizona’s own U.S. senator, Martha McSally, who’s fighting to hold onto the seat against Democrat Mark Kelly.

Trump invited Martha onto the stage, but spoke as though the crowd at his rally weren’t interested in listening to her.

“Alright I’m coming, thank you, President Trump,” McSally said as she moved onto the stage.

McSally said her race could decide which party controls the U.S. Senate and urged the crowd to support her.

Recent polls show both Trump and McSally are trailing in Arizona, though some show McSally performing worse than the president among voters statewide.

EDITOR'S NOTE: The story has been updated to correct the date in the photo caption.