Trump Returns To Arizona With Rallies In Bullhead City, Goodyear 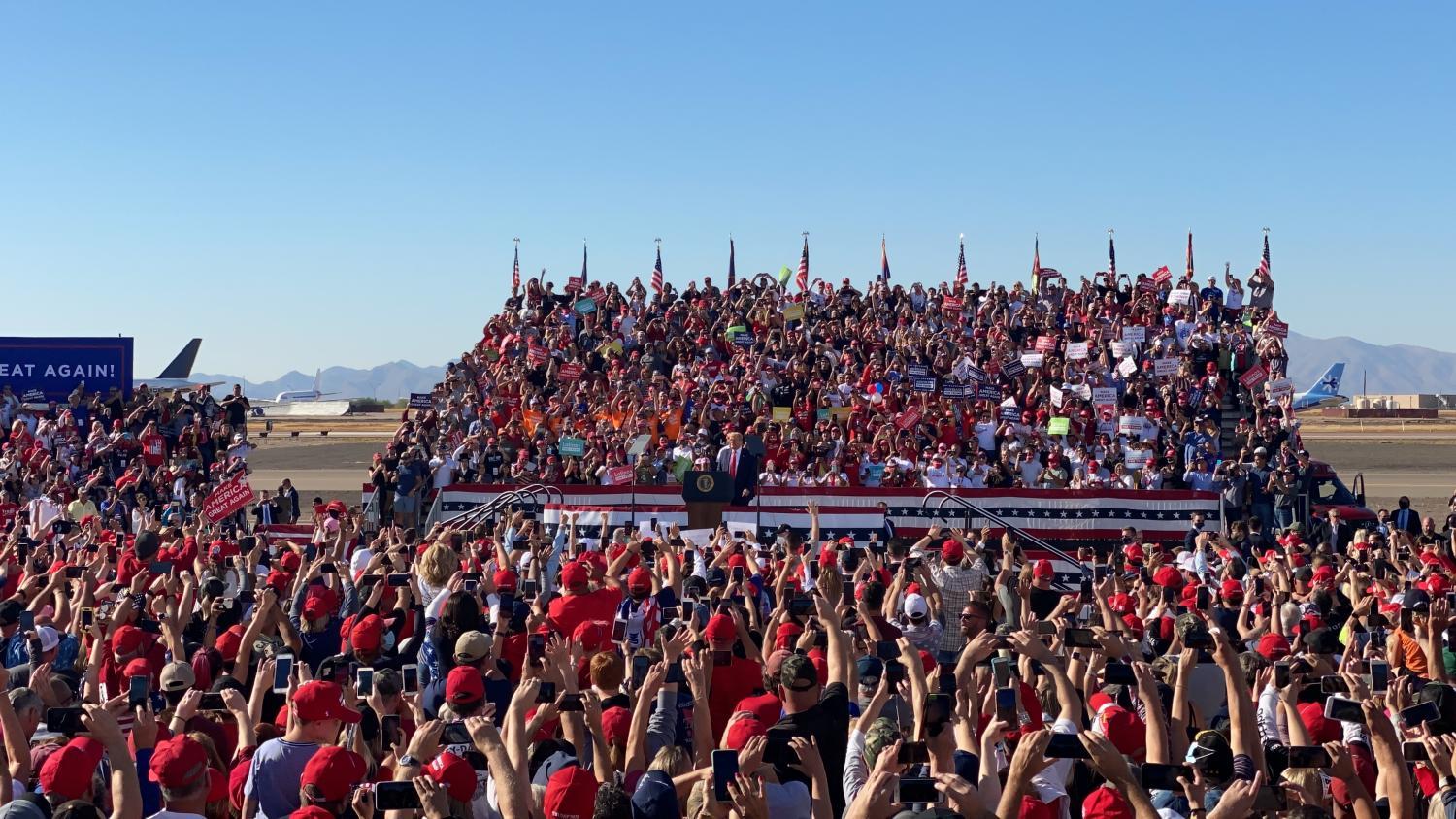 After a noon rally in Bullhead City, President Donald Trump hit the campaign trail in Goodyear.

Arizona is one of several states Trump won in 2016 where he’s now on the defensive. It was the president’s seventh visit to the state in 2020.

At both rallies, Trump sought to remind Arizonans why they voted for him in 2016, in hopes they’ll help carry him to victory again on Nov. 3.

He added, "In 2016, Arizona voted to fire our failed and corrupt political establishment, and you elected an outsider as president who is finally putting America first."

Democrats have returned early ballots at a much greater pace than Republicans in Arizona, though in recent days Republicans have started to make up some ground.

A state that polls show he may lose to former Vice President Joe Biden.

Polls show that Biden could become the first Democrat to carry Arizona since Bill Clinton in 1996.