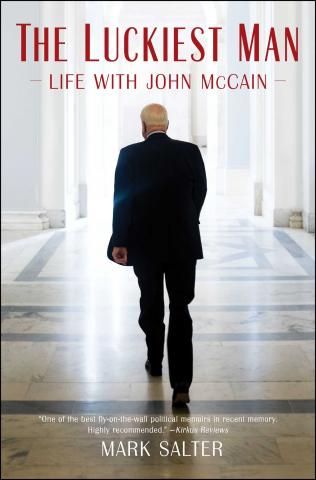 Longtime Arizona Sen. John McCain passed away two years ago, but his impact continues to be felt during this campaign season.

His widow, Cindy, publicly proclaimed her support the Democratic presidential nominee Joe Biden because of a deep family friendship. And President Donald Trump’s comments earlier this year that were critical of members of the military hearkened back to insults he’d thrown McCain’s way.

But McCain’s willingness to cross the aisle to work with Democrats — even as he remained a staunch Republican — is a philosophy many voters say they’d like to see more of in the dramatically-divided American political scene.

The Show spoke with Salter about his time with McCain.