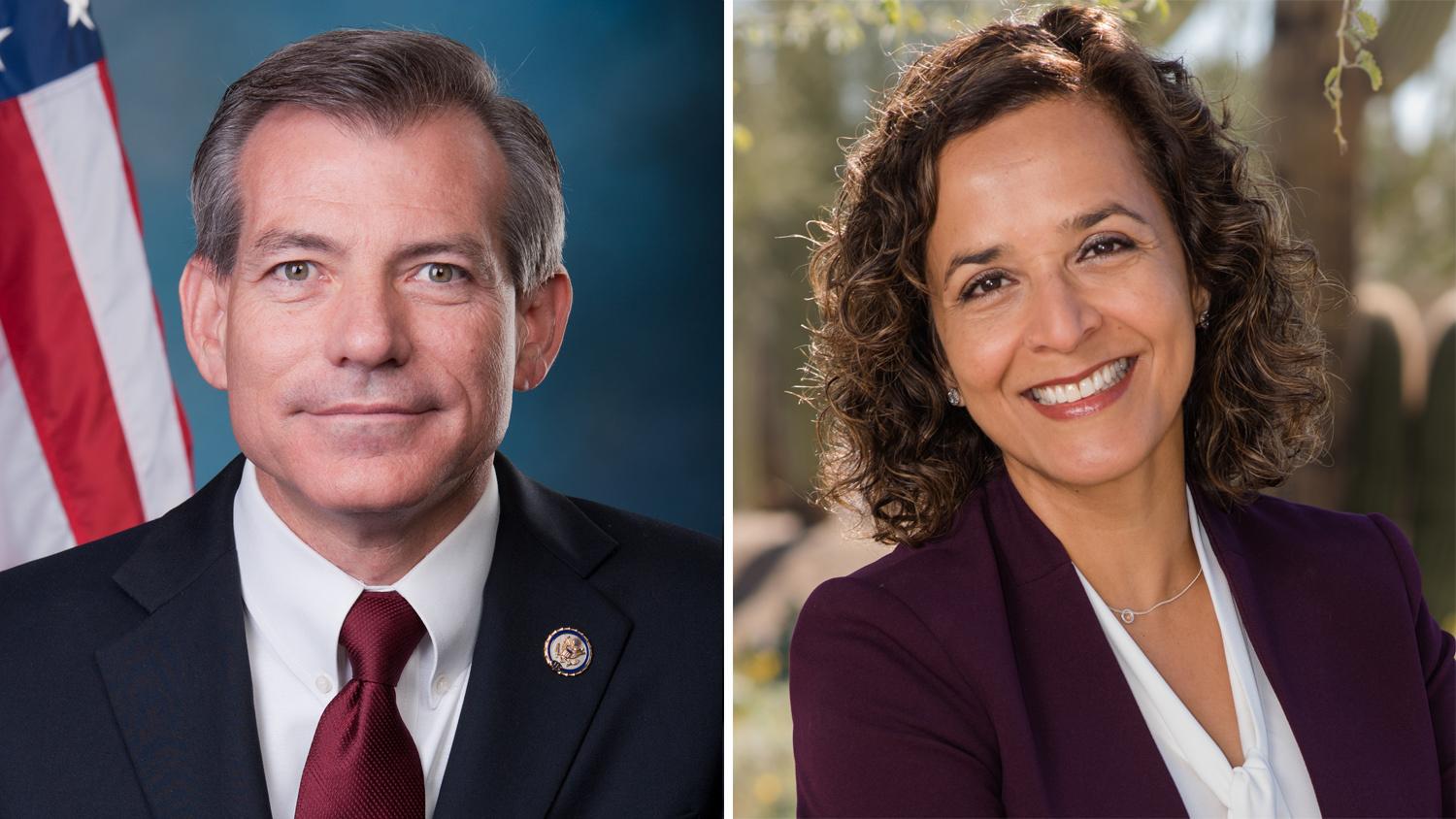 LAUREN GILGER: In his reelection bid, President Trump continues to struggle to regain support in the suburbs and with college-educated women. That's why he's expected to face an uphill battle in aerial — areas like Arizona's 6th Congressional District, which covers parts of Scottsdale, Fountain Hills and North Phoenix. Those same conditions look like they'll make the congressional race between incumbent Republican David Schweikert and Democratic challenger Dr. Hiral Tipirneni the most competitive contest among the state's U.S. House battles. As our co-host Steve Goldstein reports, Democrats are counting on issues like the pandemic response and ethics violations admissions by Schweikert to put them on a path to victory.

→ David Schweikert, Hiral Tipirneni Explain Why They Would Be Best For The Job

STEVE GOLDSTEIN: It didn't take long for the Democratic Congressional Campaign Committee or DCCC, to make the Sixth District a target for flipping out of Republican hands. When the so-called 'blue wave' gave Democrats control of the U.S. House in 2018, it included notable upsets across the map — from New Jersey to Oklahoma to Orange County, California. Rep. David Schweikert won reelection by 10 points, but that was less than half of his 2016 margin of victory. And in another sign the tide may be turning, Kyrsten Sinema got 48% support in the district — a previously impossible number to fathom for a Democrat as she won a U.S. Senate seat.

NATHAN GONZALES: This is a very vulnerable seat for Republicans and it might be an indicator of what is happening on election night.

GOLDSTEIN: Nathan Gonzalez is publisher of Inside Elections and a longtime analyst of House and Senate races. He says the sixth district is a pivotal one to watch.

GONZALES: If Democrats are picking up seats like this, then they are certainly adding to their majority in the House. If Congressman Schweikert wins reelection, I don't think that means Republicans are taking back the House. But it may not be a catastrophic night.

GOLDSTEIN: Schweikert's challenger is former emergency room physician Dr. Hiral Tipirneni. She lost in two previous congressional runs in the West Valley's 8th District to Rep. Debbie Lesko. But national Democrats were enthusiastic about giving her another chance, this time in the Northeast Valley. Tipirneni has raised a massive amount of money — a reported $2.5 million in the third quarter alone. And that figure looks even more dramatic when comparing her $1.5 million cash on hand to Schweikert's $546,000. And the main reason for Schweikert's tepid coffers? He's had legal bills related to a House ethics investigation which came to a close in the summer only because the congressman admitted to 11 violations and agreed to pay a $50,000 fine. Ads and mailers by Tipirneni's campaign and independent expenditure groups highlight the ethics problems, and Sarah Guggenheimer of the DCCC believes they make Schweikert even more vulnerable. 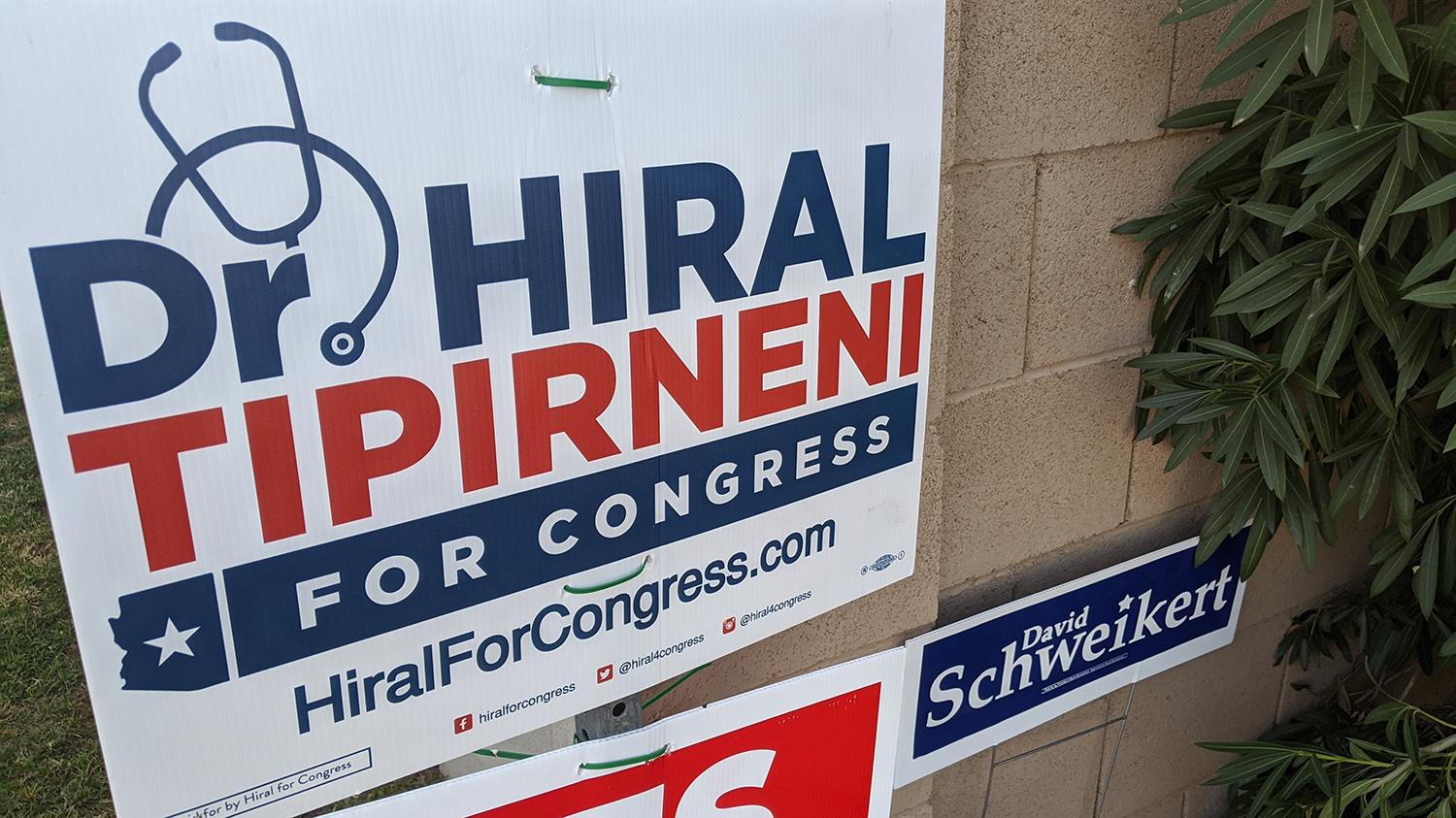 GOLDSTEIN: Schweikert says a member of Congress is held responsible for everything. So he felt it was time to put an end to the investigation and focus on other elements.

DAVID SCHWEIKERT: I can battle this out and spend a bunch more money and explain it over and over and over. Or I can step up, pay the fine because you have to step up and take responsibility anyway, and move on. And so that's what we did.

GOLDSTEIN: Beyond the ethics woes of the incumbent, voters in the district are focused on the pandemic and health care.

ANITA MALIK: I think you also have to have solid plans, solid vision, particularly coming out of COVID about how you're going to rebuild economically.

GOLDSTEIN: Anita Malik was the Democratic nominee here in 2018, but finished second to Tipirneni this time around. She says Tipirneni needs to convince voters that she can help lead the district to a post-pandemic recovery.

MALIK: That always is that division between Republican and Democrat. The assumption is that one is better at that economic story. Not true, but that assumption carries you into, you know, the R-D selection on the ballot.

GOLDSTEIN: Schweikert says he knows voters are most concerned about their economic survival, and that is what he is prioritizing. He has traditionally stayed away from so-called wedge issues and culture battles, preferring to focus on debts and deficits. But during a summer visit to a megachurch in the Valley, President Trump called Schweikert one of his warriors and Donald Trump, Jr. named Schweikert the MAGA candidate of the week in the middle of this month. Public polling has been limited for the district, but OH Predictive Insights shows Schweikert ahead by three points. An internal Tipirneni poll showed her leading by that same margin. Republican former state lawmaker Stan Barnes of Copper State Consulting sums up the thoughts of many political observers who would have been stunned to see a Democrat winning in North Scottsdale as recently as two years ago.

STAN BARNES: That district is Republican-performing. It's Republican-advantaged by registration. I just think it's an aspirational thing that's not really grounded in sensible political reality. Having said all that, the year 2020 is one of those years. And this is the kind of thing, the kind of year that anything can happen.